New York City is a city of extremes. The chasm between the rich and poor, particularly in the food system, is vast. And, no greater place can this be seen than in the Bronx.

The Bronx houses the largest supplier of produce, the N.Y.C Terminal Produce Market. It supplies fruits and vegetables to over "22 million people within a 50 miles of the[sic] market". According to their website, "revenues exceed $2 billion dollars annually, more than any other Produce Terminal Market in the world!"

Yet, this produce is not consumed by many in its community.

Located in New York's 15th congressional district, the Bronx has the highest rate of hunger in the country . It is identified as a food desert, lacking access to healthy affordable foods, an absurdity given the close proximity of such a large market.

With a large population of Latinos and African Americans, 54.6% and 43.3%, respectively, and a high poverty rate, the dearth of affordable, healthy foods has vastly affected the quality of life for residents, causing an epidemic of obesity and malnutrition in families and children, as well as an increase in diabetes and other nutrition-related diseases. They are dying from lack of nutritious foods.

The Bronx is under siege

The Bronx is one of the six majority-Latino counties that have over 100,000 food-insecure individuals. (The other five are Miami-Dade County in Florida, Fresno County in California; and Bexar County, Hidalgo County, and El Paso County in Texas.) 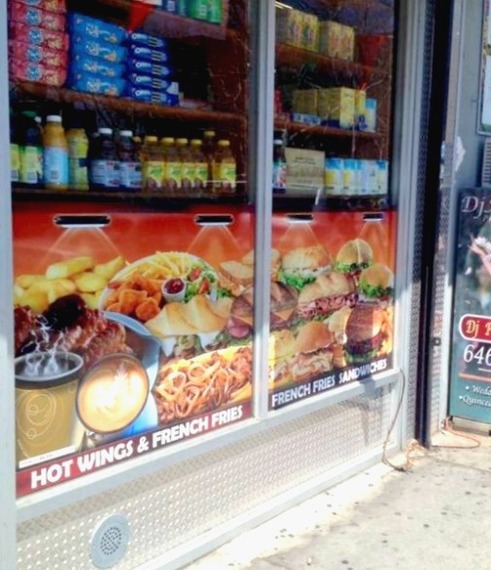 Bodega in the South Bronx

A shortage of supermarkets in the Bronx causes residents to rely on local corner stores known as bodegas. Bodegas rarely offer nutritious foods, and the few fruits and vegetables sold, would more often than naught, not past stringent supermarket standards, forcing families to choose between bad and worse. Add onto that the marketing blitz of cheap, unhealthy foods, which are high in fat, sugar and salt, and it's no wonder the Bronx is one of the community districts with the highest rate of diabetes related mortality in New York. 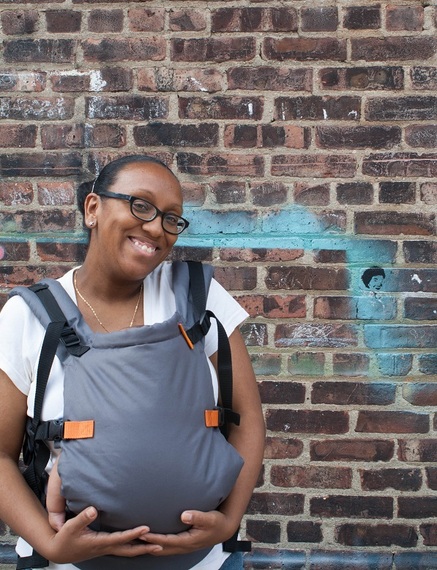 "There are huge disparities in the foods offered in the Bronx versus other New York City boroughs," noted Heiddi Zalamar, LMHC, NCC, who advocates for healthy foods via MomsRising.org. Like many mothers in the area, she wants to ensure her children have access to healthy foods and nutritious meals.

As a Licensed Mental Health Counselor, Ms. Zalamar also sees first-hand the correlation between food and behavior in children and teens; as a result, she's joined MomsRising.org's Good Food Force, an online and on the ground advocacy organization which advocates for increased access to healthy food, protects school meals, and works to end junk food marketing to children. 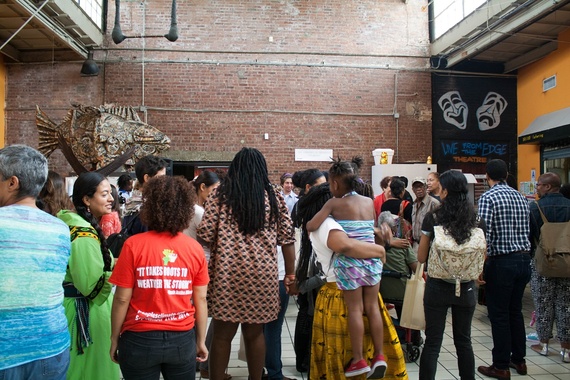 Moms coming together to discuss food access and food justice at a MomsRising.org Event

The Bronx: A Borough In Transition

The Bronx is in transition. With new programs, aimed at increasing access to healthy foods, the quality of life for Bronx residents can change for the better.

New York City has implemented two new programs called, "Moooove to 1% Milk" and "Move to Fruits and Vegetables" to persuade Bronx bodegas to carry 1% milk, as well as fresh fruits and vegetables.

Local Moms are also taking action and raising their voices right now to reduce the number of junk food and sugary drink ads marketed in, and around, their children's schools. When provided with an opportunity to purchase fresh foods, they do. They want better for themselves and their families. To provide this, they need affordable nutritious food and access to it.