This is the 19th in the series "Religion and Science: A Beautiful Friendship."

As prophets in every religion have tried to tell us, humankind is one big extended family. The simultaneous advent of globalization and the emergence of dignitarian values is no coincidence. Greater exposure to "foreigners" is making their demonization untenable, and, as discussed in previous posts, the predatory strategy is becoming obsolete. 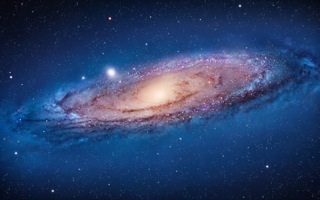 An important factor in its demise is that it simply isn't working as well as it used to. Victims of rankism have gained access to powerful weapons and can exact a high price for humiliations inflicted on them. Increasingly, they're in a position to make the cost of predation exceed the value of the spoils. Weapons of mass destruction seize the imagination, but even if they're never used, non-violent "weapons" of mass disruption, employed by aggrieved groups, can paralyze modern, highly interdependent societies. This represents a fundamental shift in the balance of power in favor of the disregarded, disenfranchised and dispossessed.

Given that predation has been a fixture throughout human history, it's not surprising that when one form of predation has ceased to work, we've devised alternative, subtler forms to accomplish the same thing. Although slavery itself is no longer defended, poverty functions in much the same way -- by institutionalizing the domination and exploitation of the poorer by the richer. As Rev. Jim Wallis says, "Poverty is the new slavery."

We shouldn't be surprised if, using techniques of mass disruption and tactics of nonviolent civil disobedience, the poor make their continued exploitation untenable. The Occupy Movement, like the Arab Spring, is a harbinger of a worldwide awakening to the inviolability of dignity.

Although moral precepts point the way, politics will play an indispensable role in setting aside predatory habits in favor of dignitarian ones. The next section shows the role that the traditional left and right will have in crafting legislation to make "Dignity for All, Always" the world's new default position and so, finally, to realize religion's ancient dream of the brotherhood of man.

The Politics of Dignity

The tendency of societies to divide into two opposing partisan camps -- conservative and liberal, republican and democrat, right and left -- is universal and, in democracies, usually results in the parties taking turns in power. In one party states, the left/right division occurs within the single ruling party.

Simply declaring one party or the other wrongheaded fails to understand the complementary roles played by each. Both political orientations must serve a purpose or one would long-since have withered away. What purposes do the left and the right serve?

Partisanship has roots in the legitimate issue of how much authority to vest in rank. The right has traditionally been the party that defends the authority and prerogatives of the propertied classes; the left the party that would place limits on the power and privileges of those exercising authority. Accordingly, the right tends to oppose, and the left support, legislation that would make it easier for "nobodies" to hold accountable those entrusted with power. In the hurly-burly of history, the labels of right and left occasionally reverse. When the Bolsheviks, the party of the left, seized power during the Russian Revolution of 1917, they abolished all constraints on governmental power.

Since both political persuasions have a valid role in good management, it's not surprising that democratic electorates tilt first one way and then the other, like a navigator who makes a continual series of course corrections to avoid beaching the ship (of state) on the shoals (of extremism).

Which party fulfills the progressive or conservative role is secondary compared to the overarching need to maintain social and political stability while avoiding autocracy and stasis. A society that can't trust anyone with power loses its ability to carry out complex tasks in a timely fashion. Systems of governance that cannot "people talking," in Clement Atlee's phrase, are vulnerable to what the women's movement called the "tyranny of "structurelessness," which often takes the form of interminable, inconclusive meetings. On the other hand, societies that don't limit the power of their rulers (such as the USSR, Nazi Germany and North Korea) find individual initiative stifled and liberty extinguished in a tyranny of conformity.

Aversion to abuses of power can blind liberals to rank's legitimate functions. Likewise, attachment to the status quo can turn conservatives into apologists for rank's misuse. To paraphrase an unknown pundit, we have lunatic fringes so we know how far not to go.

The dignitarian strategy is to put rank and the power it signifies in the spotlight, and so make abuses of power, and the indignities resulting therefrom, indefensible. It sees a world of equal dignity as a steppingstone to the more just, fair and decent societies long foreseen by those who prophesied the brotherhood of man.

The French revolutionary slogan "Liberty, Equality, Fraternity" overlooks the sine qua non of social harmony: dignity. A persistent lack of dignity breeds indignation. Blowback may be suppressed for a time, but indignities, once lodged in the breast, fester until the aggrieved person, group or nation sees a chance to get even.

No political theory predicated on either liberal or conservative values qualifies as a TOE (Theory of "Everything"). By showing where each party's attitude toward authority is relevant, a dignitarian analysis locates libertarian, egalitarian and fraternitarian values within a new larger synthesis: the politics of dignity. Dignitarian politics, which finds its ultimate rationale in the co-creation and mutual maintenance of both our persons and our personas, subordinates the agendas of both the left and the right to the task of establishing dignity for all here and now.

The adoption of dignity as an inviolate political right marks a change fundamental enough to mark an era. Opportunistic predation -- the survival strategy that we've long taken for human nature -- has reached its "sell-by" date. Even wars by superpowers against much weaker states are proving unwinnable. When the long-term indirect costs are taken into account, domination is not profitable.

Rankism is the residue of predation. Humanity's next step is to build dignitarian societies by overcoming rankism. Knowing that the moral arc of history bends toward justice gives reason to hope that the religious intuition of universal dignity is achievable.

If science and religion cooperate to uphold and extend dignity, and left and right remove the inequities that thwart fair competition, we can build a global society that's as close to heaven as we have need for, and realize the brotherhood of man not merely in our dreams, but here on Earth, not in the indefinite future, but before this century is out.