For two years - from March 2013 to April 2015 - it appeared as though Jane's All The World's Aircraft" - the publication - had declared "Gus" Whitehead had flown in 1901, some two years prior to Wilbur and Orville Wright's powered, controlled, sustained flight in a heavier-than-air machine.

Since IHS/Jane's withdrew their apparent support for the 2013 editorial (saying, in part "The article reflected Mr. Jackson's opinion on the issue and not that of IHS Jane's."), Whitehead advocates have done their best to ignore the damage done to their cause by IHS/Jane's decision to abandon the 2013 editorial, and IHS/Jane's has had no further comment on the matter.

IHS/Jane's silence after the publication of Paul Jackson's editorial gave the appearance of support of Jackson's personal "opinion," encouraging Whitehead advocates and prompting elected officials in Connecticut to pass legislation declaring Whitehead had flown before Wilbur and Orville Wright.

IHS/Jane's silence also re-energized old controversies between North Carolina and Ohio, on the one hand, and Connecticut, on the other, prompting hearings and further legislative actions.

Now that it's clear IHS/Jane's does not endorse or support the "opinion" of Paul Jackson, IHS/Jane's has an obligation to clarify the record and explain the process by which it came to a neutral position on the question of who was first to make a powered, controlled, sustained flight in a heavier-than-air machine.

IHS/Jane's caused these past two years of furor, and so, IHS/Jane's is obliged to put an end to the upset it caused.

Answering the following questions would be a first step in putting an end to the controversy IHS/Jane's generated by its publication of Jackson's misbegotten editorial and IHS/Jane's subsequent silence.

1) Who vetted editor Paul Jackson's March 2013 editorial ? Was there a written report of that vetting ?

2) What was the "standard of proof" used by IHS/Jane's to assess Jackson's March 2013 editorial prior to publication ?

3) Who was invited to provide a "counter piece" ( as mentioned in the IHS/Jane's statement) ? When were those contacts made, assuming any were ?

4) Did someone at IHS/Jane's issue the invitations to provide a "counter piece," or did Paul Jackson issue those invitations, assuming any were issued ?

5) Did IHS/Jane's receive responses to its invitation for a "counter piece" - assuming invitations were made ? Were written refusals sent to IHS/Jane's ?

6) Who at IHS/Jane's was tasked with the controversy stemming from its publication of Jackson's March 2013 editorial ?

7) Did any elected Connecticut officials contact IHS/Jane's regarding Jackson's March 2013 editorial ? If so, who and when ?

8) Did Jackson consult with any credentialed aviation historians before he wrote his editorial ? If so, who and when ?

9) How did Jackson fact-check the information Whitehead advocate John Brown gave him ?

10) Did someone at IHS/Jane's fact-check Jackson's editorial prior to publication ? 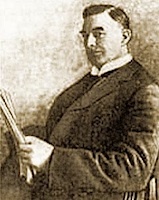 (Fred T. Jane, Founder & first Editor, Jane's All The World's Aircraft - perhaps wondering how this controversial mess came to be...)