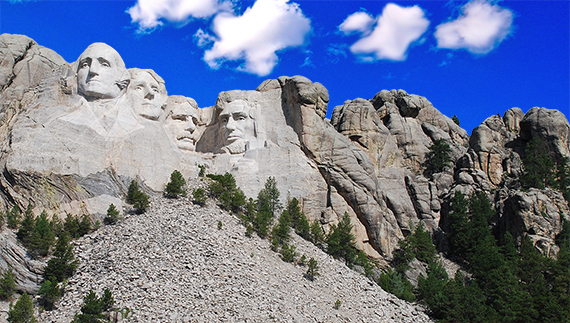 "History doesn’t repeat itself, but it can rhyme." -Mark Twain

This nation was born out of a violent revolution. Living under the oppressive rule of the British government, our Founders suffered for a time its “long train of abuses,” worked diplomatically to petition against it, were quickly forced to organize and protest until finally--when peaceful revolution was made impossible--they stood up boldly and resolutely rejected it.

This is our shared cultural heritage. It is still today part of who we as a people. This courage and foresight and determination, together with our natural inclination for freedom and self-rule, is in the very DNA of the American people. As America’s heroes and heroines have proven repeatedly since its inception, we are not a people that will lie down for long. Whatever injustice may come upon us, eventually, we will rise up and fight back.

And, yet, once again, the time to rise up and fight back is already upon us. Oblivious to the lessons of history, the professional politicians in Washington today dare already to echo the history of oppression our Founders suffered under the tyranny of the British King. Alas, as if living under the tyranny of an oppressive, intrusive, corporate-controlled government was not troubling enough, we are also repeating the history of America's Gilded Age, a time of extreme social and economic inequalities, a time that Theodore Roosevelt lived through and worked hard to correct. It was a time that eventually led to the Progressive Era, and, for his part, led TR to found the Progressive "Bull Moose" Party.

The truth is the degree to which we echo our own history of political and economic tyranny today is alarming. We’re at the point where the ultra-rich ruling elites--including the leadership of the Democratic and Republican parties--are no longer really concerned about the interests of the people. Their only true concern now is amassing wealth and staying in power. But where is the Progressive Bull Moose Party today?

The Problem: The People No Longer Rule

The problem is clear: The people no longer rule. The voice of the vast majority of Americans has been utterly silenced. The United States Congress now exists only to serve itself and the ruling oligarchs--which includes the big money billionaires and Wall Street elites, multinational corporations, and the most powerful special interest groups. Our government is not serving the middle class--and it’s certainly not serving the working poor.

We know all this because the signs are everywhere.

First and foremost is Economic Tyranny.

And what are the super rich doing with all that excess cash? Why they’re buying power, of course--which allows them to get even richer and even more powerful--without adding any value to society at all.

This accumulation of power leads to yet another form of tyranny: Political Tyranny.

Our political system is now completely controlled by big money. The middle class and working poor are no longer represented at all. How is this possible?

To be fair, the solution is not to demonize the rich--many of whom are equally concerned about America’s slide toward plutocracy, which will create civil unrest, political instability, and dire economic consequences for us all. Besides, it’s not just the tycoons and plutocrats with their big, bailout-prone banks and massive multi-national corporate conglomerates that created this situation. The bloated, increasingly corrupt, intrusive and abusive federal government is itself the other half of the problem. Government wouldn’t be owned by big money if it didn’t put itself up for sale.

And this leads to the third form of tyranny, the Tyranny of our Corporate-Controlled Government:

And what’s the evidence here?

To be sure, every single one of these problems is a threat to democracy. Taken together they represent a vicious, lethal cancer on the body politic. Global history is clear: capitalism has emerged as the most effective economic system. But it’s a wild animal that must be tamed. Therefore, to save democracy we must save capitalism from its own excesses. As Adam Smith, the “Father of Capitalism,” made clear, the greatest threat to strong, competitive, free markets are the corporations themselves. We have to address the root problem.

The Solution: “Let the People Rule”

So, what’s the solution? Frankly, the best, most exciting solution is pretty simple, but it won’t be easy. We need your help. In essence, we need to reduce the power of both big corporate-controlled government and big money, and return that power to the American people. Just imagine how much better America could be if the people truly ruled!

If this all sounds like a dream, then you’ve bought into the propaganda that the plutocrats and professional politicians have been spewing to keep our nation divided, and themselves in power. And you’re forgetting what our founders achieved when they birthed this great nation.

How can we do this? Simple. We need to create a viable third party that is strictly focused on one big thing: Giving power back to the people. Electing the right president is critical--but it’s not enough. And it may never be enough.The bulk of the U.S. Congress must be replaced. By raising money and running candidates under our own banner--the Progressive Bull Moose Party--pledged to our own platform and principles--we can end the era of big money, big corporate-controlled government--rule by the super rich--and return power to the people.

We can take this country back from the professional politicians. We can take the reigns of power away from the ruling elites. We can rewrite the rules of the game, resurrect the middle class, and fulfill the people’s vision of the American dream. It’s not too late. And it is possible. If you would just join with us now, I promise you we can and we will change this country in a way that our so-called “leaders” in Washington could never have imagined.