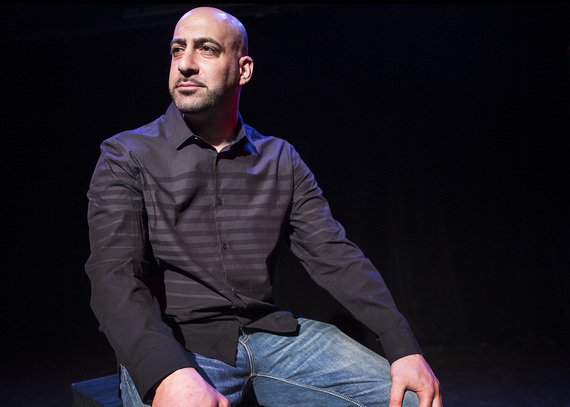 Not since John Leguizamo's Ghetto Klown have I been this entertained. I was so enthralled with Joseph Assadourian's performance in The Bullpen that I gladly became a repeat offender, three times. He has received accolades as one of the top 20 Off-Broadway shows of 2014.

The Bullpen offers a peek into that part of New York culture that makes natives pine for a grittier New York. The show takes place in the 1980s. Mr. Assadourian gets caught up in a night club scuffle that gives him a personal encounter with New York's correctional system. While waiting his outcome, he introduces the audience to the colorful inhibitants that give life to the city that never sleeps. The streets of New York come alive as you step into Assadourian's Bullpen. From 179th to 125th to St. Marks, stopping off in Alphabet city, down Sheepshead Bay, head north to the boogie down Bronx and make your way through Jamaica, Queens as the boroughs of New York take center stage. You get an introduction to the New York legal system that Law and Order cannot capture.

Although Assadourian has no formal acting or writing training, he owns the stage and captivates your attention from start to finish. When he is finally done, you will wish there was more. The Bullpen is like In Living Color with all the idiosyncrasies so New York that even natives will brave Times Square to see it. Don't miss this gem of a performance. You might become a repeat offender!

Originally slated as a 15 show production in May 2014, The Bullpen has extended its stay at the Playroom Theater through March 21st - a testament to Assadourian's amazing talent.