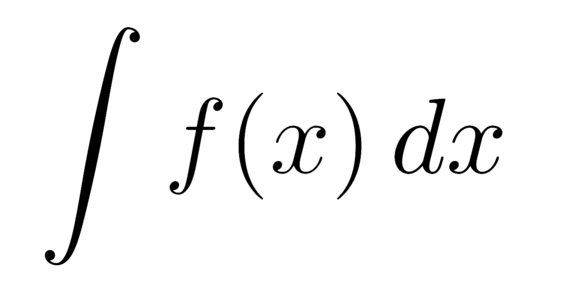 Where f is the audience, x is the news value....

When I went to school, there were two kinds of students:

Math students and the rest of us.

I was decidedly amongst the 'rest of us', as anything beyond basic algebra proved almost incomprehensible.

When I went to college, I took those 'science for poets' courses.

People who were math types went on to great careers in medicine, engineering, science and technology.

Those of us who were English majors went on to careers in things like journalism.

If I had known, when I was in high school, that the geek sitting next to me with the circular slide rule was going to end up running the planet, I would have probably beaten him up (or I would have asked my friends on the football team to beat him up - they also had no future).

But no, it was the math people who ended up running the Internet and hence the world.

When the Internet came along, it began to chow through industries like newspapers first. That's because newspapers delivered information and so did the web. Only it did it better.

WE, the PLOD people, the writers, the journalists, the photographers, SHOULD have created the Internet. We should have, but we didn't. Instead, we became the victims. The victims of the Math people, who created the web and who suddenly were running, effectively, everything related to information gathering and distribution (and what, after all, is journalism but that?)

And, as we all know, the Math people are not the most creative people in the world.

Nor the most interesting.

(Who wants to go to the Math Team party tonight? Hands down.)

What can we do now?

What can we do to take back control of our world and our lives, before we join up with telephone operators, elevator drivers and people who used to work at Blockbuster?

As difficult as it may be, we now have to wrap our heads around Calculus.

You remember calculus. Water is going into a bathtub at x rate while it is draining out at y rate. Several things moving at the same time. Because that's the world of media we are living in now. It isn't a 'steady state' (as the Math people say - see how easy this is?), it is fluid.

In our case, there are two technologies moving forward all the time. One is the tech of creating content. Every day it becomes cheaper and faster and is in more hands. The second factor is the means of distribution. How people 'get' our stuff. This is also becoming faster, cheaper and easier to do. And both of these trends (we can make a chart if you like), are moving in the same direction.

And they aren't headed toward a handful of reporters working for a newspaper or TV station, are they?