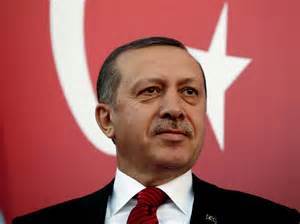 On the night of July 15th, I was sitting in front of my laptop, making some final corrections to a post I was ready to upload on my Huffington Post blog. The post had the same title as this one, and was about the verbal and physical abuse of some youngsters from a group of fanatic Muslims in Istanbul. Their "crime" was that they were listening to the rock band Radiohead's new album. My post was about the tolerance that the current Turkish administration shows for such incidents and I concluded that they do so in order to have more efficient penetration to religious fundamentalists that comprise the core of the Turkish president's supporters.

Suddenly the hot, dizzy, summer night took historic dimensions when I switched on the TV. My first thoughts, when I started watching the news about what was an ongoing coup attempt in Turkey, were very specific. The whole story, as the news emerged with unusual speed and with no obvious obstacles, seemed suspicious. The moment I saw the face of President Tayip Erdogan on a Facetime (!) communication, one name came to mind and I just sat waiting to see how fast that name would be thrown out there: Fethullah Gülen.

What did we watch happening that night and on subsequent days? What made most of the Western media characterize this coup attempt an "operetta"? Which are the elements that complete the whole story of this historic drama? A drama that could be a starting point for Turkey's future, but for sure it is a significant moment in the country's modern history? And most importantly, what will be the interpretation of the international community of all those factors and what the consequences will be for Turkey?

First of all, what we witnessed that night was a small segment of the Turkish army making random and unexpected moves. That made clear that there was a lack of guidance. We watched all the media, social media, and telecommunications functioning with minimum problems that lasted only a few hours. We actually witnessed something that looked more similar to a group of anarchists with guns trying to occupy the Pentagon than a coup attempt. Or to be more specific, the restaurants and retail stores around Pentagon. The following hours we saw President Erdogan announcing the "evil mind" behind this. This was the same President who claimed he did not have a clue about what was about to happen or the threats to his country and him personally. Yet he was able to announce publicly, a few hours later, the responsible individual. We witnessed police, but mostly ordinary civilians (!) stopping military vehicles, disarming, and arresting members of the proud Turkish army. The same powerful army that has as a mission to protect Turkey from internal dangers (Kurds, terrorism) and to participate along with international community on matters that need military supervision and interference (Syria, ISIS). In less than a day, we witnessed the beginning and development of a pogrom that targeted dozens of thousands of members of Turkish army, judges, and even academics (!). Thousands of people were accused of a so-called coup attempt--of course, in the case of some, it's clear that they participated--under express procedures. Thousands were arrested and accused by an administration that theoretically didn't have a clue of what was happening but was somehow fully prepared to arrest participants within few hours (!). Over the following days, we also watched the declaration of a state of emergency for the whole country for the next three months and the cancellation of 3 million (!) passports of Turkish citizens to prevent them leaving the country. 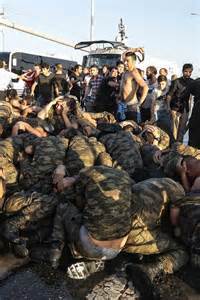 Naturally, all the above generated suspicions that the attempt was orchestrated by Erdogan's administration itself or that the administration was aware of what was going on and let it happen--of course, after taking the necessary precautions so that the coup attempt would a fast and fatal end. As it did. The reasons why Erdogan acted this way? Obviously to bolster his popularity and proceed, with a good excuse, to eliminate his internal possible enemies. And with the approval and blessing of his supporters.

In the beginning, very quickly and without evidence, one factor that took away any sense of reliability was that President Erdogan demanded the extradition of Fethullah Gülen, who has been living in self-exile in Pennsylvania for the last few years. In this way, Erdogan made the problem he created also a problem for the US. When a leader of a nation characterizes a person as the head of a terrorist organization and when the country that is receiving this demand for extradition won't fulfill it, it is more than obvious that this will have a negative effect on the relations of those two countries. What the long-term impact will be is unpredictable. And we should care about it, especially as relations between Turkey and the US have traditionally been friendly for decades, specifically at the military level, from their collaboration in the region to the American nukes at Incirlik army base.

Afterward, Erdogan addressed the European nations that he claims are calling him a dictator. He stated that his country is suffering because over the last 53 years Europe has ignored his nation's intentions of officially becoming a part of Europe. That means that according to President Erdogan, the periods when Turkey was under military dictatorship are included as are the same years of its invasion of Cyprus that run counter to any meaning of international rules and thus create a divided nation.

Finally, President Erdogan also made clear that he is thinking of bringing back the death penalty. I do not know which is the biggest shame for Turkish society. This attitude about the death penalty or the fact that the victims from the army side attempting the coup will be buried in a separate cemetery without a religious ceremony. Hearing Erdogan's words, I wouldn't be at all surprised if he holds a referendum on the death penalty. This, of course, will increase even more his popularity, which is already high as a result of recent events.

It has to be very clear and understandable. It is more than obvious that Erdogan is one of the most dangerous politicians and a threat for the future of his country and for the stability of that very fragile region to which Turkey belongs. His unpredictable maneuvers and the Machiavelian politics that he follows harbor dangers and impact all phenomena and social movements leading the region into even greater instability. It is also clear that Erdogan's politics are no longer in US interests. Indeed, what immediately comes to my mind is George Friedman's book The Next 100 Years and the prediction he made seven years ago that Turkey will try to project itself as a leading nation of the Islamic world and would be one of the biggest threats to US foreign policy.

Let's not fool ourselves. Fethullah Gülen --if we accept that he is behind the coup attempt--is no better than Erdogan. Actually, he represents the same dogma. The makeover of the secular Turkey, as established by the modern state's founder Kemal Ataturk, into a state that is closer to Islamic fundamentalism. What we are seeing are power games around the throne. Of course, not even a military dictatorship could offer the stability needed by a country with so many issues, especially when the Turkish army was totally depreciated in the eyes of Turkish society and the international community after the latest incidents. That, in a country like Turkey where the army was the core of the nation's foundation, may open a kind of vendetta. 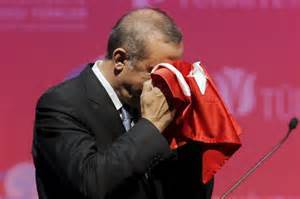 President Erdogan is a great actor. But can he convince anyone outside Turkey? Unfortunately though, the real victims are the common-sense citizens and all those millions manipulated into supporting a government that is leading the country down dangerous paths.

During all those days, the only statement that made sense to me came from a member of the Kurdish party, a few hours after the coup attempt. "How democratic a government is, is proven from the way it deals with a failed attempt of coup and those responsible of it." This statement represents common sense in a democracy. But unfortunately this is something we don't see in a country that looks more and more like a caliphate with a powerful sultan...