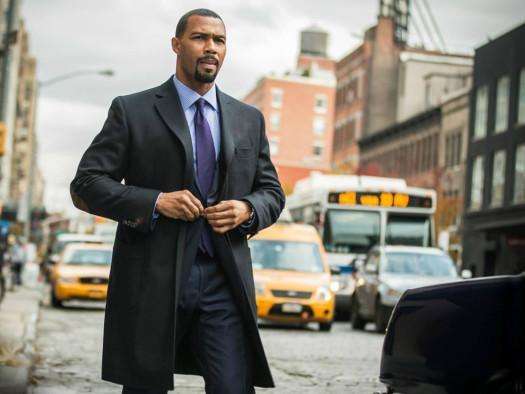 With the premiere episode of Starz's hit show Power drawing a total audience of 2.26 million, in it's new Sunday night slot, Omari Hardwick's leading man status just got cemented. As if it was ever a question in the minds of fans that remember the star from Ava DuVernay's Middle of Nowhere, BET's Being Mary Jane, Tyler Perry's For Colored Girls and Spike Lee's Miracle At St. Anna. Still, things couldn't be going better for Omari Hardwick's acting career. And while many may attribute some of Power's record ratings to the #BaeWatch moments that Hardwick's character Ghost creates, I'd have to disagree. Sure the guy is freaking gorgeous and I'll be the first to take up an offering -Baptist church style--for whomever is training Omari in the gym. Whoever you are, wherever you are thank God for you!
But it's not his chiseled abs that has fans tuned in at record numbers for two and now a third season. I'd even dare say it's not the plotline. We are definitely not witnessing some rare re-imagined "The Wire" style narrative on the drug game. Ghost the character--a drug dealer who wants to go legit--isn't fresh material either. But Omari Hardwick's approach to this role is. It's unique and fervent and still 100% believable. Hardwick can seamlessly transition from heartless drug king pin, to articulate uber intelligent strategic businessman in the blink of an eye. Ghost is the guy who will charm you right out of your panties wile plotting your death, and somehow we still like him. He's dangerous yet lovable and we all want to see him win. Comparable to Denzel Washington's portrayal in American Gangster, you find yourself constantly cheering for the bad guy no matter how many people he betrays. That's no easy feat for an actor.
I sat down with Harwick at ABFF to talk about his approach to acting and of course his first game changing callback. Check out the video below:

I also got a chance to attend the NYC premiere for Power courtesy of the fabulous people over at Starz. Checkout some behind the scenes moments at the premiere and after party.