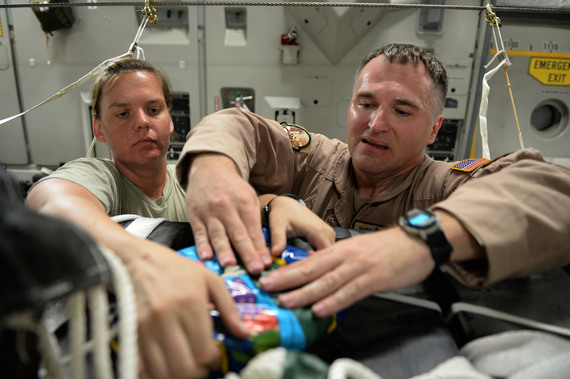 So many horrific events have taken place recently in ISIL-dominated regions of Iraq that it is truly uplifting when an event occurs, no matter how minor or seemingly insignificant, that we can smile at and feel good about.

Of course, we have had some good news in the allied successes in Irbil, on Mount Sinjar, at the Mosul Dam and around Ameril, Iraq.

But I am talking about small gestures, little acts of thoughtfulness and kindness that often go unnoticed.

But first some "comparative" background.

As we -- those of us of that generation -- remember so well, at the end of World War II, the victors divided occupied Germany into four "occupation zones": American, British, French and Soviet. Berlin, far inside the Soviet Zone, was also (sub-)divided into four "sectors." The United States, Great Britain and France controlled and administered the western-most sections of the city, while the Soviet Union controlled -- under and iron first, that is -- the eastern sector.

Relations between the western powers and the Soviet Union soured quickly after the war and the situation turned hostile when the Soviet Union, in 1948, attempted to absorb all of Berlin into Soviet-controlled East Germany.

When the Soviets, in June of 1948, imposed a land blockade preventing the allies to have any rail, road or water access to "West Berlin," the U.S. and England responded with a massive airlift of food, fuel, and other goods from allied air bases in West Germany using its "air corridors" into Tempelhof airport in West Berlin.

The "Berlin Airlift" kept life going in the beleaguered city for 11 months with a total delivery of 2,323,738 tons of food, fuel, machinery, and other supplies.

The U.S. contribution to this gigantic airlift -- at the height of the airlift, one allied aircraft landed every 45 seconds at Tempelhof -- was called "Operation Vittles." A portion of those "2,323,738 tons of supplies was, would you believe, candy, sweets and chocolate.

You see a young U.S. Air Force pilot, 1st Lt. Gail S. Halvorsen, who had flown several airlift missions into Berlin, noticed one day how desperate the little kids in Berlin were for a piece of candy, a piece of gum.

On one of his stopovers in Berlin, Halverson came across some kids who had gathered outside the fence surrounding Tempelhof to watch the non-stop takeoffs and landings of Operation Vittles. After talking to them for a while, Halvorsen realized that there was something different about these children compared to experiences with kids in other countries he had flown missions to.

In Halvorsen's own words, "These kids didn't have enough to eat, but they were so proud of what the airlift was doing that not one of them even made a motion to ask for candy."

The Stars and Stripes:

[Halvorsen] found two sticks of gum in his pockets, broke them in half and passed them through the barbed wire to the children.

"I couldn't believe the looks on the faces of the kids who got a piece. They unwrapped it very carefully so they wouldn't lose a piece of the broken off end and then they took the wrappers and tore them into little pieces and passed them around. The other kids were happy just smelling a piece of the gum wrapper.

And this is how the story -- the legend -- of the "Candy Bomber," the "Chocolate Flyer," "Operation Little Vittles" or " Uncle Wiggly Wings," started. "A quick dip of the wings of his C-54 Skymaster transport plane, and fruit, chocolate and other sweets would parachute down from the sky," says the Stripes.

Candy first fell from the skies over Berlin, a few ounces at a time, by way of little handkerchief parachutes attached to bags of candy, fruit, chocolates and other sweets.

Then, after receiving a wink and a nod from his commanding officer, "it was gangbusters" Halvorsen tells the Stripes. "Members of the unit chipped in their candy rations -- a real sacrifice, Halvorsen notes. because you could get a German to do a week's washing for one chocolate bar -- and the men donated handkerchiefs to keep the candy bombing operation underway," according to the Stripes. 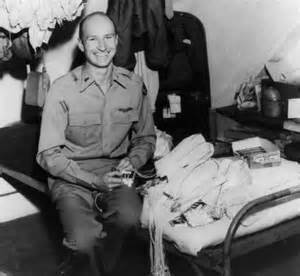 Eventually, as word of Halvorsen's "airdrops" spread, "thousands of parachutes with sweets attached were boxed and sent to Germany for delivery" and confectioners started donating candies by the ton, which were flown to Berlin in 100-pound shipments, guarded like gold until distributed to the kids in Berlin.

The Soviet Union finally relented, lifted the blockade in May 1949 and the allies ended the "Berlin Airlift" in September of that year.

Fast forward to August 2014 and to the skies over Iraq.

As reported, the U.S. Air Force and some of it allies have been -- for the past three to four weeks -- air dropping food, water, medicines, etc. to the people in Iraq who have been persecuted, driven out of their homes and deprived of food and water by the ISIL terrorists.

The lead photo, at top, released by the Department of Defense, shows a couple of U.S. Air Force Master Sergeants, Stephen Brown and Emily Edmunds, attaching candy collected by their squadron to pallets loaded with fresh drinking water in preparation for a humanitarian airdrop over the area of Amerli, Iraq, in the hopes of bringing at least a little cheer to the children of that town who have suffered so much.

These little acts of charity and kindness are not of the scale of "Operation Little Vittles" and will not gain much publicity, but they will, nevertheless, immeasurably lift the spirits of the little kids in Iraq who are fortunate enough to receive some of this candy from heaven.

Although my favorite candy that doesn't melt in this desert heat is Starburst, I took what I had in my bag and just taped it to the side of the box. After that everyone started making the drops a little personal with more candy, and I even think I saw a teddy bear. 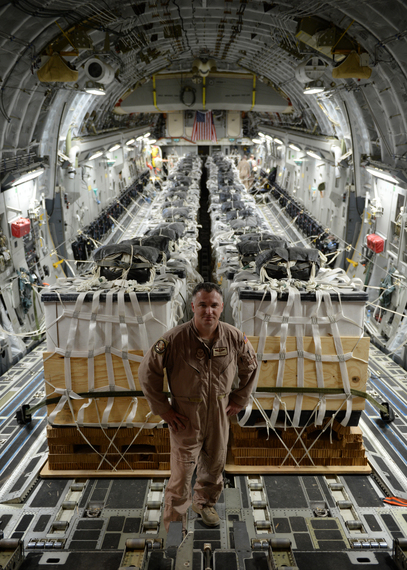 The acts of kindness were a slippery slope for the 816th Expeditionary Airlift Squadron aircrews, which have graduated from single packs of candy to garbage bags full of donated sweet treats for the most recent airdrops Aug. 31, in the area of Ameril, Iraq.

Halvorsen, now 93, retired as an Air Force colonel in 1974 and continues to make ceremonial candy drops around the world from a vintage cargo plane and to share his story. 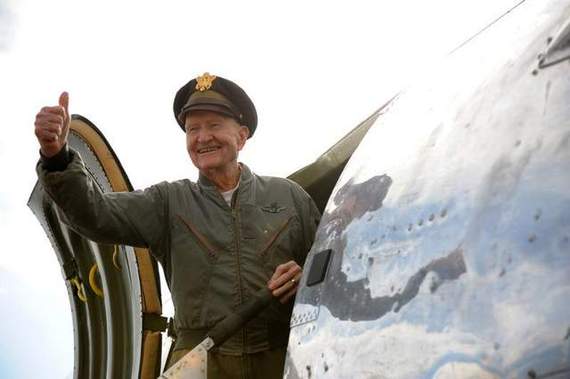