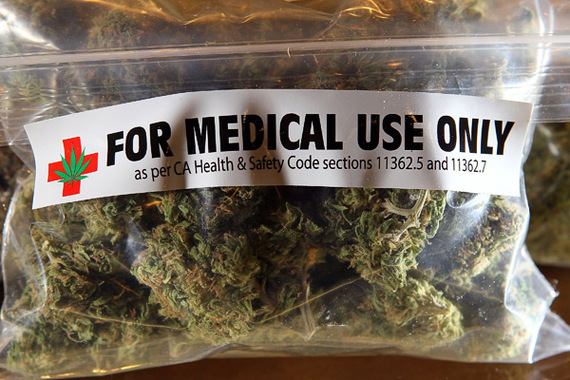 "Coming out of the closet" is a figure of speech long associated with the gay community but the expression has been used to describe many situations in which admission of some societal anomaly is involved. Deviating from the norm, even when one is certain their path is correct, can be a nerve wracking experience. And while it may seem that medical cannabis is completely "out of the closet" these days the fact remains that for many, especially healthcare professionals, there is still a strong degree of paranoia and confusion when it comes to the topic.

A recent essay on Linkedin provides an example of this. Entitled, "A Nurse Discovers a Little Known Side Effect of Cannabis Medicine," it was written by a Massachusetts nurse who four years ago was asked to work in a medical cannabis dispensary. The nurse agreed, even though she had no experience with the substance (either medically or recreationally), because she supports "broad latitude when it comes to the use of anything prescribed/recommended by a physician, even this federally illegal plant; if it improves the quality of patient's lives and eases suffering."

Like any good nurse she began the process of educating herself. She was astonished at what she learned and, by her own admission, "quickly became an activist." At one conference she described herself as "slack jawed" at the possible therapeutic applications of cannabis and wondered aloud to a friend, "Why isn't this plant available to everyone?" But when she "came out" and expressed her support for medical cannabis to her colleagues, sharing the knowledge that she had gleaned through hard work and intellectual curiosity, she found little enthusiasm or interest. "More than one friend has grown quiet now," she wrote, "and I wonder why they don't investigate current research with an open mind."

Another nurse, on a different coast, encountered a a rather unusual problem. She has been a full-time medical cannabis practitioner in California for a number of years. Her two children were well aware that she is a "cannabis nurse," cannabis was often discussed around them and they seemed undisturbed by it until the youngest, 11 years old, discovered that "cannabis" is the same as "marijuana." What followed was a mother's nightmare. Her child was hysterical, convinced that mom was leading others to addiction or worse. That's what they had taught her in school and it raised a huge dilemma for the child. Who to believe, your parents or your teachers?

These two stories illustrate problems that cannabis reformers can and will encounter. Activists sometimes fail to realize that changing the law is not the end of prohibition. Substances can be banned but so can thinking. Eighty years of Reefer-Madness-thinking has poisoned the well and it takes hard work to clean up the mess that has been created by the likes of Harry Anslinger, Richard Nixon, and more. The misinformation and outright lies has seeped into every corner of this country and, indeed, the world. In the Philippines a president was recently elected on a platform of vigilante justice and much of his ire is aimed at drug users. His War on Drugs is literally killing 15 people a day!

Discoveries of the past twenty years, specifically the endocannabinoid system and its role in human physiology, will go a long way toward filtering the lies and distortions of the marijuana prohibition. But there is no switch to make things instantly okay. Reforming cannabis laws is, like civil rights and LGBT rights reform, an ongoing process that will require the perseverance of many. There are a lot of closet doors that need to be opened.