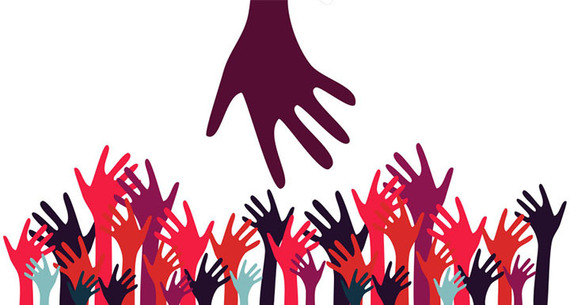 Amidst an uprising of Americans against police brutality - namely white cops disproportionately terrorizing black women and men and walking free of consequences - a cop actually getting indicted and charged for the killing of an unarmed black man should have been cause for celebration for a deserved - no, necessary - victory for justice. Having been a vocal advocate against the excessive police violence towards black and brown people, it was therefore difficult to trust my initial tentative reaction: the swiftness of this latest verdict was made more unsettling considering that the cop charged is Asian American.

The details surrounding NYPD's officer Peter Liang's case appeared relatively clear compared to many others of police brutality. Reports mostly agree that he entered a dark stairwell with his finger on the trigger of his gun. When a noise startled him, his accidental firing of the gun ricocheted and killed the man entering the stairwell, Akai Gurley. Many argue that his rookie status and the accidental nature of the shooting should be taken into consideration when deciding his verdict. Others argue for an equally valid consideration, "Who should be responsible for the death of Akai Gurley, another tragic death at the hands of the police?"

Despite indictment of police officers tripling in 2015, charges for civilian deaths remain extremely rare. Officer Liang's charge for manslaughter and the unprecedentedly low attendance of his trial immediately generate curiosity around how police privileges and protection are distributed, particularly when case after case of white cops killing unarmed black people are allowed to walk free even when compelling evidence implicated unreasonable force. Even more curiously, the first and only cop so far to be charged for the death of Eric Garner is a black female sergeant. For every person who finds it merely coincidental that both officers are of color, far more peers of color call "bullshit" on what appears to be a display of white supremacy. Just because a person of color has "made it" into prestigious company as a doctor, lawyer, executive, or police, the deeply rooted protection of white interest doesn't cease to persecute and provoke in sometimes subtle ways, even blaming the victim for their own injustices.

For many of our black peers, their everyday lived experiences confirm the pervasiveness of white supremacy. This, however, is an opportune time to dialogue with my Asian peers, many of whom actively distance themselves from discussions around race. Perhaps coaxed by an uneasy feeling of injustice surrounding Officer Liang's charge, some engaged Asians now find themselves embroiled in the middle of an uprising fighting for black lives. Still, Asian voices remain scarce in racial discourses despite the reality that though varying in magnitude, similar racial injustices afflict both black and Asian communities in uncanny parallel. The objectification of our bodies manifests in over-sexualizing the black male and Asian female while effeminizing the Asian male. The sweeping micro-aggressions triggered by our culturally identifiable names reinforce stereotypes that Asians are perpetually foreign and blacks are less qualified for employment. To the matter at hand, Asian Pacific American Advocates, a grassroots human rights organization based in New York City, calls attention to the reality that police brutality affects Asians, too. In the face of our shared struggles and the unique opportunity to resist in unison, that our communities remain distanced and divided warrants a deeper understanding of what stands in the way of Afro-Asian solidarity.

The model minority myth arose around the time of the Civil Rights Movement in the 1960's. Rooted to serve white interest, the myth's crafty language was intended to pit Asian and Black communities against each other. The myth deceivingly praises Asian communities for their relatively quiet and subdued approach to assimilation (in spite having suffered through multiple anti-Asian legislations, poor railroad working conditions, and suffocating internment camps), while carefully insinuating the black community's fight for civil rights as raucous and ill advised. As increasingly distressed communities of color found solidarity with each other, the success of this myth was critical in disbanding any developing people-power. Constructs like this is consistent with divide and conquer strategies of European colonialism and evidenced by extremist States like Iran and China, yet the fabrication of such a myth is of our own democratic politics. In Color of Success: Asian Americans and the Origins of Model Minority, author Ellen Wu positions "the model minority as a critical, even necessary, lever of white supremacy, resting upon and drawing its power from the fulcrum of anti-black racism."

It is testament to the efficacy of this myth that black and Asian communities remain divided today, with many Asian people often readily subscribing to and preaching anti-black narratives (and the reverse also true.) Therefore, the fundamental crime of the model minority myth is that it succeeded in creating a false and lasting sense of hierarchy between the black and Asian communities.

It is not my intention to undermine the racism and discrimination against Asian communities suffered throughout our history and that remain keenly present today. Still, the history of Asians in the U.S. has notable differences from the nature by which African-American ancestors arrived in this country through the transatlantic slave trade. The anti-black racism that gave rise to the normalized and systemic practice of possessing black bodies set the stage for sweeping racist ideologies, which coursed through institutions, legislations, and livelihoods over the span of centuries. The same anti-black racism, under the guise of different names, afflicts the most basic, everyday quality of life of black people today. That black and Asian histories are so different is precisely the reason why it is significant, because they have positioned generations of Americans for different opportunities and outcomes.

The myth's pernicious and hierarchical dividing tactics of comparing black and Asian struggles, however foolish and incalculable, succeeded to beget ongoing resentment and tensions between the two communities. In major cities like Los Angeles and Atlanta, hate crimes resulting from high racial tension are not uncommon. Even more compelling, though, is the unflinching act of persevering through and overcoming our racial differences and histories. In fact, black and Asian communities come from a powerful - even radical - history of building and resisting together. In the San Francisco Bay Area, there is recognition that though the two communities are divided, there remains a desire to overcome tensions by building trust and working together. Groups like Asian Americans for Civil Rights and Equality (AACRE) in the SF Bay Area, Committee Against Anti-Asian Violence (CAAAV) in NYC, and the digital community of #Asians4BlackLives, springing out of the national #BlackLivesMatter movement, build coalition across Asian communities around the narrative of anti-racism and solidarity with the black community.

In this moment, where racial injustices against Black Americans have the unfortunate spotlight of a disturbing and prevalent reality, there is an important call to action for Asian Americans - that is to critically and emphatically challenge the history of anti-black ideas we have come to believe in, and then shed them. Once we recognize that the model minority myth has intentionally and thoughtfully bamboozled us, the renewed power of choice instantly awaits, and we are empowered to arch our misguidance against each other toward a solidarity in our fight against the true common threat - white supremacy.

As we consider our position surrounding Officer Liang's charges, I could only advise that in this deeply conflicting time, we needn't pick one side or the other: choosing to see both the necessity of a police indictment against another unarmed black death and the injustice of white supremacy against an Asian cop is still a choice. Building from that should be the recognition that by seeing both truths, we are acknowledging the greater racial threat by which we are both bound, and there is much at stake awaiting the Afro-Asian solidarity.