Co-authered with Judith McDaniel, who teaches law and politics at the University of Arizona and Union Institute and University. She is also a Fellow in the OpEdProject. 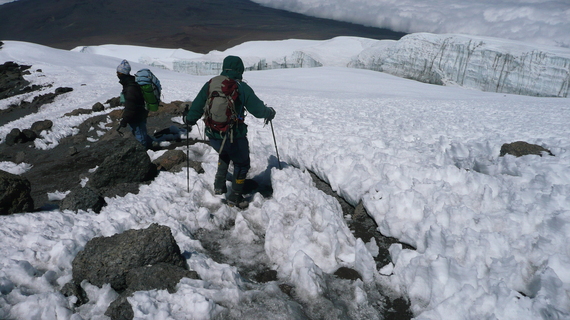 World leaders have begun to ratify the Paris agreement and it is a good thing. India just recorded an all time high temperature of 123.8 F. The U.S. and China, which together account for 38% of global carbon dioxide emissions, have announced they will sign by the end of the year. Fifty-five nations must ratify it for the agreement to take effect, a likely outcome once the U.S. and China sign.

This is good news! The Paris agreement is an exciting start to global cooperation on the health of planet earth. But a big piece is still missing: a way to enforce it.

In the US, we have a model: the Environmental Protection Agency (EPA), which was established in December 1970, seven months after the first Earth Day, in spite of the outcry that the environmental regulations imposed would cost too much to implement and, thereby, severely damage the US economy.

Since 1970, the US has cleaned up its air and waterways, saved species and their habitats, protected wetlands and coastal zones, and tackled the hazardous waste buried in various landfills. Motivated by these regulations, entrepreneurs invented high tech equipment to remove pollutants, and the US Gross Domestic Product grew by 420% in constant dollars. In short, the EPA has been effective and the predictors of doom were wrong.

We need an institution similar to the EPA at the planetary level. We have a model there, too: the International Criminal Court. The ICC handles war crimes and crimes against humanity, not the environment, but it can be a model. The ICC was established in 1988 and entered into force on July 1, 2002, after being ratified by 60 nations. The first person convicted by the ICC was Thomas Lubanga Dyilo from the Democratic Republic of the Congo. While he no doubt committed horrific crimes himself, he was tried and convicted for crimes of "leadership," crimes like recruiting and conscripting children under the age of 15 and using them to commit war crimes. Dyilo was sentenced in 2012 and is serving 14 years in a prison in the DRC. Similarly, an International Court for Environment, while it might not put heads of state in jail, could impose sanctions.

If we start now, we can have an international environmental court by the 50thanniversary of the first Earth Day, April 2020. Many will say this is a pipedream, indicating again that the economic costs will be too high. Four years before the EPA was established, many were similarly skeptical. The results speak for themselves.

Culturally, we are in a very similar moment of social support for such a move. In the US, pressure for a federal agency to protect and clean up America's environment was building throughout the 1960's, spirited by astronauts' photos of our strikingly beautiful blue planet hanging in space. These photos transformed our emotional understanding of our home, as Rachel Carson's Silent Spring demonstrated that pesticides, which accumulated in the food chain, were poisoning it. Television images of a fire on the Cuyahoga River in Cleveland, thick smog in Pittsburg, and dead, oil soaked birds and mammals on the beautiful beaches of Santa Barbara also changed the national discourse and opened the door for leadership. Powerful supporters emerged in Congress. In his State of the Union address in 1970, President Nixon called for a decade of environmental transformation. The EPA was established that December.

Today, images of glaciers melting, disappearing coastlines, and piles of trash in the ocean have gone viral. It is common knowledge that extremes in weather patterns, including floods, droughts and storms are linked to global warming. In the United States, the first human community is being relocated as their island home sinks into the sea. 2015 was the hottest year on record, and March 2016 is the eleventh consecutive month in a row that the earth has recorded its warmest respective month on record. People are understandably concerned.

Since 1972, the UN environmental conferences have resulted in dozens of opinions, statements of concerns, and conventions, for example, the Vienna Convention for the Protection of the Ozone Layer. In 1988, The 70th Plenary of the General Assembly passed a statement of concern noting that greenhouse gases could produce global warming with disastrous consequences for mankind.

Opinions, protocols and statements of concern are useful but are not enough to protect the planet. The Paris Climate Agreement relies on peer pressure for enforcement. Countries are mandated to measure and report activities. Activities are to be made public and verified. No one yet knows how this will work. An environmental court could solve that.