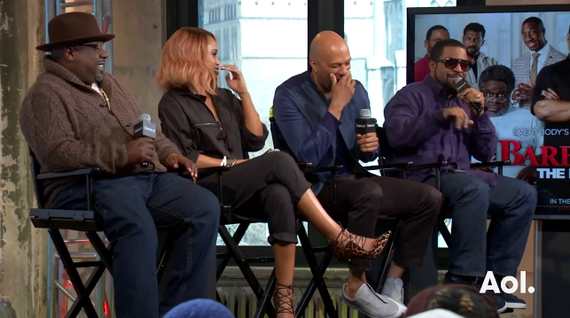 The third installment in the "Barbershop" film franchise, "Barbershop: The Next Cut," is set to premier this Friday, April 15th, and while the calendar says it's Spring, the forecast calls for Ice (Cube, that is). Ahead of the movies release, several members of the cast traded in their barbers chairs and clippers for directors chairs and microphones to do an interview with AOL BUILD at 770 Broadway, New York. Cedric the Entertainer, Eve, Common, and Ice Cube spoke about the original films, gave insight into the latest sequel, and even discussed potential, future projects in the series.

The movie tries to stay fresh by bringing current events into the barbershop. While "The Next Cut" is set in Chicago, as in the earlier films, times have changed. Calvin's (Ice Cube) business is struggling, and so his economic woes lead him into a merger with Angie's (Regina Hall) salon, making it a unisex shop-enter more females. In the interview, Cedric the Entertainer was asked what this means for the shop, to which he responded by saying that it's a good thing, of course. Whereas before, the barbershop was a "safe haven" for males to speak unfiltered, now there is a stronger female presence, there to share their opinions and possibly (hopefully) educate many of the males on their antiquated notions. Eve (Terri), being the lone female in many situations before, welcomes the girl-power. 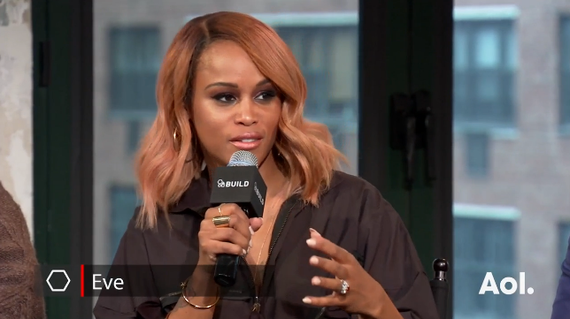 At the same time the males are dealing with the tension inside the shop, there is conflict outside also, as the neighborhood is under a shroud of mounting, gang violence. The film also addresses news that made national headlines-issues pertaining to the institutional racism in this country-as well as discussing local politics, and every day struggles that affect us on a micro-level. This climate makes the barbershop a perfect setting to have a conversation. 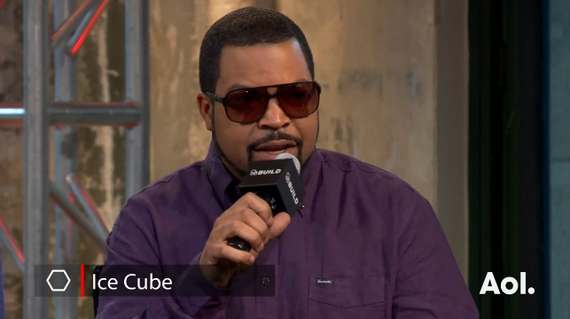 The trailer for the film opens with a voiceover from Ice Cube: "In every neighborhood there's a place where folks get together, to talk about their dreams, share their frustrations, and maybe tell a joke or two...a home away from home-" in reference to the Barbershop, obviously. And historically, there have been discussions at great length surrounding the politics of hair. Naturally this makes barbershops important, and a "pillar" in the community, as Lamorne Morris' character points out, and barbershops have traditionally been a comfortable place for patrons and community members to discuss internal and external problems, and "hash things out." In fact, Ice Cube had a conversation with Angela Y. Davis (Transition, No. 58, 1992) in which he discusses the subject of hair, and it's cultural, societal impact and implications for African-Americans. "Cube adds in the interview, "it's like a support group-an extended family," of the camaraderie found in these establishments. They're a place to "hash things out," and reflect on life.

You'll also find a good amount of levity in the barbershop, as expected (with a comedic lineup like that, it's a given). Ice Cube commented on the cast, saying that it :felt great" to have everyone back, and it felt right. "The Next Cut" succeeds because of it feels like one of the old movies. Cube didn't want to make this movie "just for the sake of making it," and wanted to make it only if all the actors were committed, and loved the project, as they did. Newcomer Common points out the authenticity of this movie, and how personal it was for him, being from Chicago. The movie also benefits from the writers (Kenya Barris of "Blackish," for one) and the direction.

Obviously, the plot has changed, and the cast has seen a few adjustments, too, with several fresh faces added to the ensemble, but ultimately the film retains the essence of the previous movies. If you're a fan of the original films, then this movie will come as a delight. And as for the future, Cube mentioned that they will try to "pull off as many as they can," which will also be welcomed by the franchise's fans.