"The Casual Vacancy" is coming to BBC. J.K. Rowling's latest novel will become a series with the author collaborating "closely" on the project, according to BBC.

"I’m thrilled that the BBC has commissioned 'The Casual Vacancy,'" Rowling said in a statement. "I always felt that, if it were to be adapted, this novel was best suited to television and I think the BBC is the perfect home."

"The Casual Vacancy," Rowling's latest novel, tells the story of the community of Pagford, divided and at war with one another.

"It is thrilling to be bringing the work of J.K. Rowling to BBC One audiences," Danny Cohen, BBC One controller, said in a statement. "J.K. Rowling's story-telling is of course peerless in its popularity, and I am looking forward to collaborating with her. This project highlights the ambition and scale of BBC One Drama, as well as the ability of modern television to attract the world's biggest talent and most exciting creative ideas."

No episode order was announced. The BBC said the number and length of episodes would be hammered out as the adaptation gets underway.

Over on HuffPost Books, the editors assembled some casting choices if the book were to get the movie treatment. Check out the suggestions below. 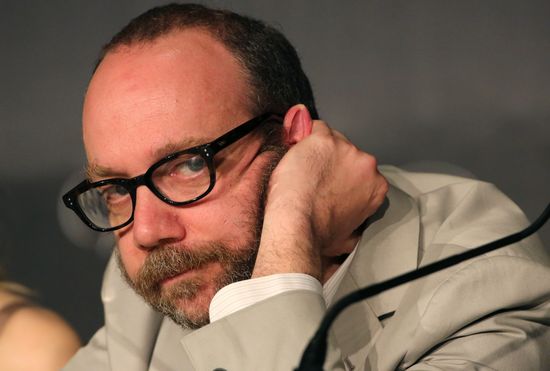 1 / 15
Barry Fairbrother
<strong>Paul Giamatti</strong> could play the beloved, kind-hearted, elusive Barry, who serves as an unknowing catalyst for a small town's disaster.
Getty