Which are smarter: dogs or cats? This IQ debate has been raising the hackles of dog and cat lovers for decades, if not centuries. And dogs usually win paws-down. For one thing, dogs have larger brains than cats, and the larger the brain, the smarter the animal -- or so the theory goes. 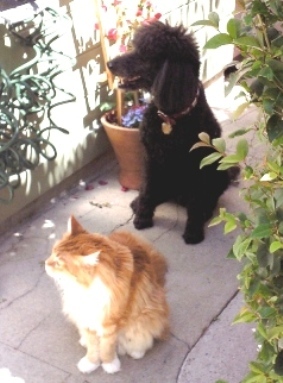 But brain size doesn't always predict intelligence. Men, for example, have somewhat larger brains than women but are not necessarily smarter. And in spite of having a tiny bird brain, Alex, the famous African Grey Parrot, could count up to 10 objects and had a spoken vocabulary of more than 100 words, which means he could outsmart dogs, cats, and even some humans. But among four-legged animals, having a larger brain apparently does seem to make a difference. 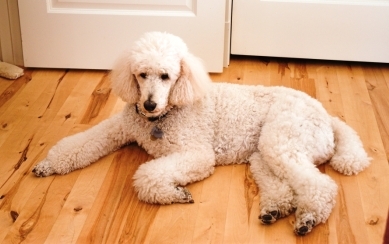 Dogs' brains, in fact, have been continually growing while cats' brains have remained virtually unchanged since they were first domesticated approximately 8,000 years ago, according to a recent study at Oxford University. The reason: Dogs are more social than cats, and the more social the animal, the bigger the brain, and, therefore, the smarter the animal. And the brain gap is widening, because dogs spend a lot of their time navigating the intricacies of their and our social worlds, which takes a lot of grey matter. 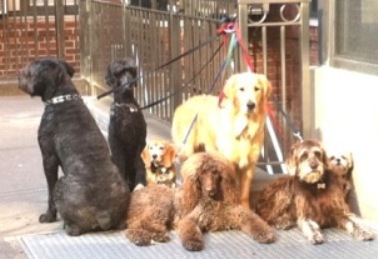 Cats, on the other hand, are loners who interact with others only when necessary... or when in the mood. As Fordham University English professor and author Mary Bly put it, "Dogs come when they're called; cats take a message and get back to you."

While dogs are busy trying to please their owners, learning new tricks, and getting smarter, cats are languishing behind on the couch. 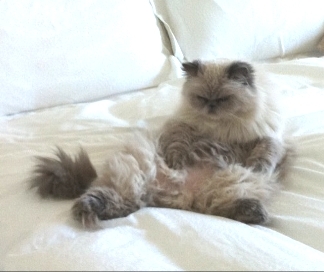 Maybe cat owners should smarten up and teach their cats some tricks. It can be done; many people have successfully trained their cats to sit, stand, wave their paws, and even play the piano. Some cats have even learned to use their owners' toilets rather than litter boxes. We trained our cat, Fazelnut, to roll over when we ask him if he wants his tummy rubbed. And he does... when he feels like it. 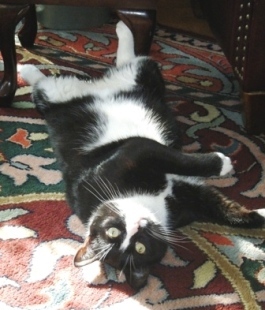 Cat owners can also try to encourage their cats to be more social, cooperative, and even useful. This is not a new idea; according to an article in The New York Times in 1876, "Those who are intimately acquainted with the domestic cat must sometimes wonder why no effort has been made to develop his intellectual powers. There is no doubt that the cat possesses a strong and subtle intellect, and the capacity to use it for the benefit of mankind."

Dogs, after all, have been helping humans as fire dogs, seeing-eye dogs, rescue dogs, therapy dogs, and even drug, bedbug, and cancer detectors. But according to Dr. Stanley Coren, psychologist and author of several books on dogs, "we never hear about such things as a 'seeing eye cat,' 'police cat' or 'search and rescue cat.'" 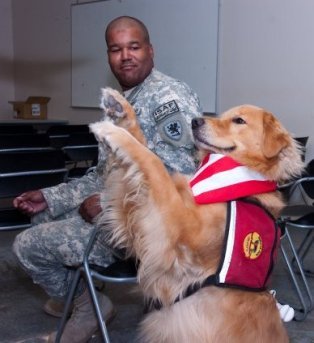 Clearly, Coren never heard of postal cats. In the late 19th century, the Belgian Society for the Elevation of the Domestic Cat proposed using cats rather than carrier pigeons to send messages back and fourth from Liège to neighboring villages. In this kitty express experiment, the messages were to be put in waterproof bags and fastened around the necks of 37 cats, according to the New York Times article. The first cat reached its destination in under five hours. All the rest found their way home within 24 hours. While carrier pigeons were much quicker, the postal cats were undoubtedly much cuter.

Dogs usually do outperform cats on most animal IQ tests and have larger vocabularies and bigger brains, but dog enthusiasts shouldn't be too complacent. Cats have almost twice as many neurons in their cerebral cortex. The cerebral cortex is considered the part of the brain responsible for learning and memory, among other things. Cats have 300 million neurons, while dogs have only 160 million, which means that cats have a greater capacity for information processing than dogs. 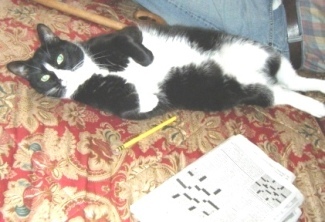 According to some cat-intelligence experts, cats are, in fact, as smart as dogs; they just have a different type of intelligence. Unlike dogs, which are pack animals, cats can fend for themselves; they don't need to depend on others for hunting food or even grooming. And the experts claim that cats' curiosity, tempered by their cautious behavior, are also evidence of their high intelligence. 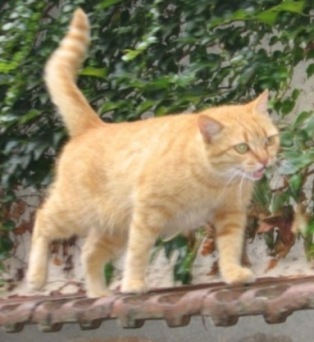 These aloof creatures may be onto something after all. Researchers at the University of South Australia in Adelaide describe a new phenomenon that may make dog owners foam at the mouth; the dumbing down of dogs. The scientists claim that unlike cats, dogs have become overly domesticated and dependent on humans and, therefore, can't think or care for themselves. As a result, while excelling at social tasks, these pampered pets have lost other important problem-solving skills and would have difficulty surviving in the wild, the researchers claim. 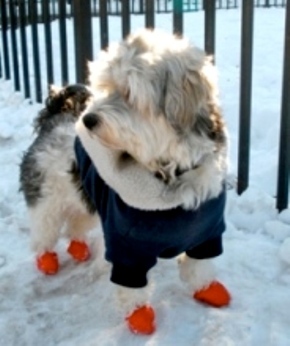 A survey of pet owners in the U.K. may make dog owners even hotter under the collar. Cat owners are apparently smarter than dog owners, researchers at the University of Bristol in England discovered. At least they're more likely to have college degrees or advanced degrees. 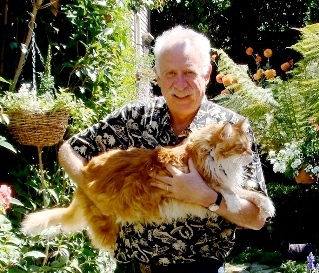 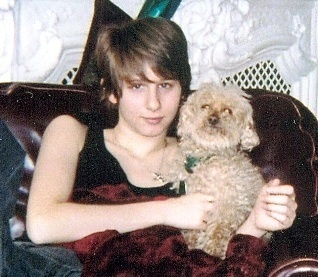 But American dog owners have a legitimate bone to pick with these British researchers. According to the most recent American Veterinary Medical Association pet ownership survey, in the U.S. it's the dog owners who are more likely to be better-educated. And so the cat and dog fight continues. 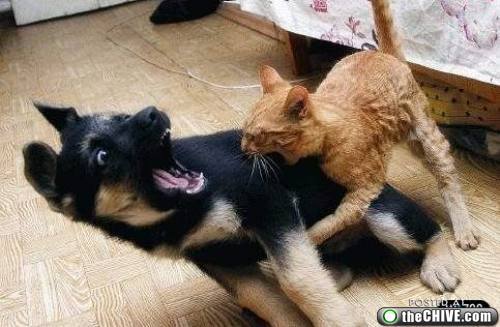