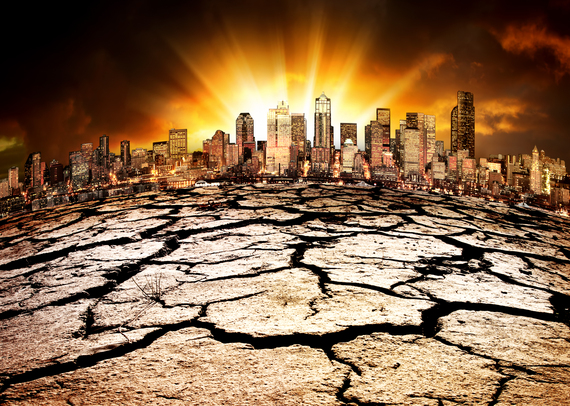 It has been said that the future is not to be predicted; it is to be created. A predictable future would be a sad thing, because we would already know what was coming and feel powerless to change course. Today's way of doing business will be the same as tomorrows. Were that the case, the consequences could be catastrophic for the entire economic and ecological system.

We stand at the intersection of a system-level split of consciousness, facing either breakdown or breakthrough. The future is open to creation; to choosing something different from what you witness today. Future-creation is sourced in innovation, both profound and embracing. But first, there is a need to master the split in consciousness.

The challenge of a split in consciousness

A split in consciousness exposes a radical leap in the evolutionary trajectory of a system. A system evolves along certain lines, which can often be measured in terms of energy, size, complexity, or some other parameter. It evolves along its historic trajectory with minor fluctuations until the moment is reached when a linear evolution is no longer possible. It is at the point of the split, that the system either transforms or collapses.

The concept comes from the theory of complex systems, and it applies equally to human societies and humanity as a whole. The split, known as bifurcation, is marked by a nonlinear system-level transformation. Bifurcation is one of the laws of complexity and it occurs in the evolutionary trajectory of nearly all complex systems.

The challenge is to select the path of transformation rather than that of extinction. Business stands in the split: doomed for extinction or transformed.

Basic conditions of life in the world

Systems have a universal tendency to "run down". Countering that tendency requires constant regulation of the energy required for existence. Functioning in a physical environment costs energy, which needs to be balanced. Complex systems are self-regulatory and not stable because they constantly attune themselves to the requirements of life by regulating the flows required for existence. These flows are, at best, dynamically stable, revealed by patterns emergent from the flow of energy, matter, and information.

Humans are a good example. The temperature of an organism, its sugar concentration, rate of heartbeat, and dozens of other parameters fluctuate around certain norms. In a healthy viable organism the fluctuations are stabilized to achieve health. The healthy norm in humans is 36.6 degrees Celsius. If body temperature descends beyond this value, autonomous processes (such as shivering) begin, and conscious measures are initiated (such as dressing oneself more warmly).

Sustaining the existence of multi-organic systems - like a company

Systems made of biological systems--social or sociocultural systems--are governed by norms, but these norms are cultural. Culture is made up of values, beliefs, shared, developed and adopted preferences, laws, and directives that define how the system functions - like an operating system for the sociocultural interactions. Culture, as a sociocultural system, is changeable and can evolve along pathways of viability. Companies function as networks of systems, with the power to change or renew to keep attuned to the environment.

Flaws of the current humanity-driven system

The system collating all the sociocultural systems on this planet is the humanity-system however it is flawed since it renders the functioning of the system unsustainable. For humans to persist, the dominant culture must shift. Since the operative norms of the system are changeable, it is possible.

In most parts of the world the dominant culture is the culture of modernity. It originated in Europe at the dawn of the Modern Age and then spread to America and the rest of the world. This culture is not aligned with sustainable norms of life in the biosphere because it divorced itself from the rest of the living world. It operates in view of only maximizing the good of select groups on the basis of narrow and short-term assessments, disregarding the good of the rest. Take, for example, economics. For contemporary economists the whole system, which is the network of life on the planet, is only "nature" or "the environment"-- viewed as a subsystem. The whole system for modern economics is restricted to the system of the production and exchange of real and virtual goods. People and communities no longer belong to the system of life on the planet - they are only rational interest-maximizing actors in the system of production and exchange. This turns the real world upside down.

This flawed perception of reality threatens the whole web of life on the planet. Every biological system must maintain itself in harmony with every other system, and ultimately with the whole system of which it is a part. In the language of science, harmony means coherence. Every system needs to be internally coherent, so that every part of it is actively connected with every other part, and all the parts together are tuned to maintaining the system in its environment. The biological system is required to be extrinsically coherent: in tune with its environment, which is the web of life on the planet. The same requirement applies to systems made up of social and sociocultural systems. All systems in the biosphere need to be intrinsically as well as extrinsically coherent. In one word, they must be supercoherent; the basic condition to sustain existence. Supercoherence is a precondition of sustained functioning for every complex system, whether it is an amoeba, a mouse, a human being, or an integral grouping of amoebae, mice, humans or a community of humans (company).

The humanity-system has lost its supercoherence and integrity. Human societies are coherent only in the short term, only in some parts and only with some elements of the web of life. There is separation between the economy, business, culture and education, and even science and technology. Each has subsystems, which are neither working together nor working in harmony with the wider environment. When the subsystems of a system are coherent only inside, they may endanger or catalyze the collapse of whole system. It mimics cancer. Cancerous subsystems are internally coherent and replicate themselves while destroying the coherence of the larger system of which they are a part. Traditional business consciousness functions as a cancer to the entire humanity-system.

Until the dawn of the modern age most societies were significantly coherent not only within themselves, but also with their environment. They were not parasites and cancers that threaten the systems framing their collective existence. Today powerful subsystems endanger the entire humanity system by concentrating wealth and power for themselves, impoverishing and marginalizing the rest.

Despite being known as the private sector, garnering wealth for itself, no sector can be "private" in the sense of privatus, which in Latin means "withdrawn from public life." A system that garners wealth for itself In the contemporary humanity-system all individuals and groups are "public": they are connected with, and belong to, the publicus, "the people." The humanity-system, being interdependent, interacting, and highly interconnected and intercommunicating system means no individual, no company, and no state is or can be sovereign. Sovereignty pertains only to the whole system, which is the global Gaia system.

A perspective on the cure - Recovering supercoherence

If we are to create a more sustainable and flourishing future, we have to ensure the internal coherence of all human beings on the planet, and likewise the coherence with the larger system of individuals and groups of individuals. This is a large but not an impossibly large order. It is possible for us to recover our internal as well as external coherence--our supercoherence.

Recovering our supercoherence means rediscovering the cultural norms of our existence on the planet. Actively seeking and adopting these norms is the practical task of globally thinking individuals, and groups of individuals. These norms have been suppressed and ignored, but not lost. They are present in the consciousness of all healthy people. We are all intrinsic parts of the humanity-system; an intrinsic part of the global Gaia-system. We can recover these norms from the realm of instincts and intuitions, observe and articulate them, and adopt them as basic guides and inspirations for thinking and acting.

The bottom line is this. We either learn to live in harmony with all creation on this planet, or we risk leaving the stage of history. That would surely be a pity, for systems of the level of evolution of human beings must be rare in the universe, even if not necessarily unique. Safeguarding the humanity-system and contributing to its evolution on this planet could be of cosmic interest. Be that as it may, it is clearly in the most immediate and enlightened human interest. It is a goal that merits pursuing with unconditional love and dedication, and all the means and resources that are at our disposal.

Ervin Laszlo, Doctorat d'Etat Sorbonne (1970) is Director of the Laszlo Institute of New Paradigm Research (Italy), Founder and President of The Club of Budapest, Fellow of the World Academy of Arts and Sciences, Member of the Hungarian Academy of Science, the International Academy of Philosophy of Science, Senator of the International Medici Academy, and Editor of the international periodical World Futures: The Journal of New Paradigm Research. He is the recipient of the Goi Peace Prize (2002), the International Mandir of Peace Prize (2005), the Conacreis Holistic Culture Prize (2009), the Ethics Prize of Milano (2014) and was nominated for the Nobel Peace Prize in 2004 and 2005. Laszlo has Honorary PhD's from the United States, Canada, Finland, and Hungary and is the author or co-author of fifty-four books translated into twenty-four languages. He lives in Tuscany. Appreciation to Dawna Jones who condensed the original article to comply with Huffington Post Great Workplaces requirements. 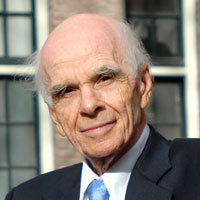