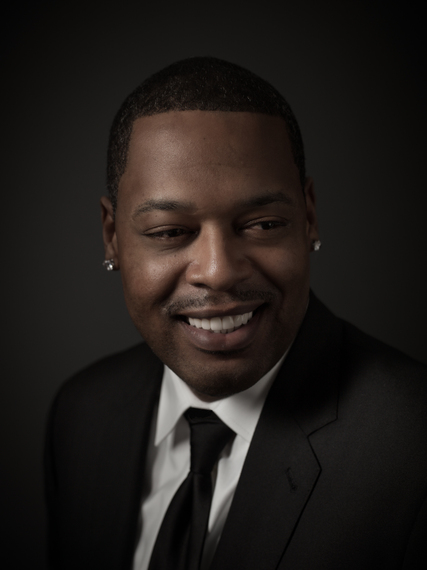 NBA All-Star Weekend is more than just a game and a few associated skills challenges. It celebrates the entire NBA culture, and that includes its charitable side. On Friday, February 13, Behind the Bench (the NBA Wives Association) hosted the black tie Touching A Life Gala to benefit the American Cancer Society (NBA great Marcus Camby pictured above).

I attended with ace photographer Cade Martin to capture the moment. What we found was a fun culture that embraced a wide variety of sports, fashion and hip-hop for the greater good. Celebrities from the NBA, Hollywood, as well as MLB, the NFL and the music industry came to give back. We've include an entire gallery of photos in this post. 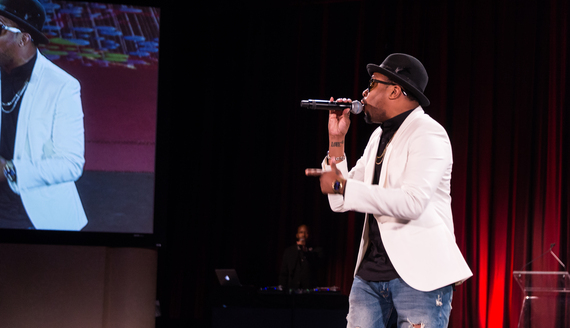 Raheem DeVaughn gave a rousing live performance at the Touching a Life Gala.

The Gala focused on giving back to society, particularly children who are suffering. The Heart of Courage Award went to Dr. Jackqueline Mclean-Marks, mother of Kyle Marks who passed away from leukemia. She started Kyle's Corner to help combat the disease by registering donors. Oklahoma City Thunder Star Kevin Durant supported the Marks during their fight against cancer. Dr. McLean Marks said the support, "helped get our spirits up. The visits made sad times happy times."

Amber Sabathia and her husband, two-time Cy Young Award Winner and New York Yankees ace C.C. Sabathia (pictured below), were given the Game Changer Award. Their PitCCh In Foundation works to enrich the lives of inner-city youth through athletic and academic activities. "We don't do it for the awards, we do it for the inner city," said Amber Sabathia. 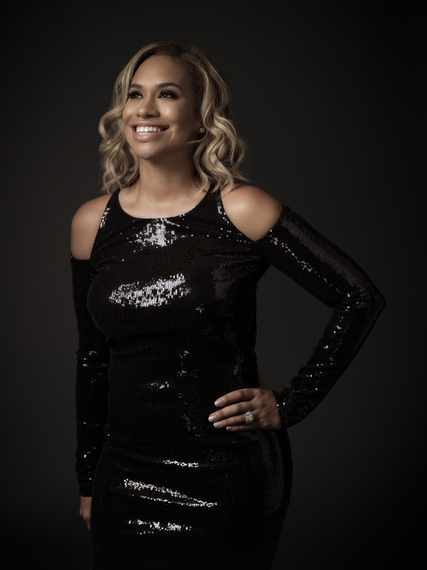 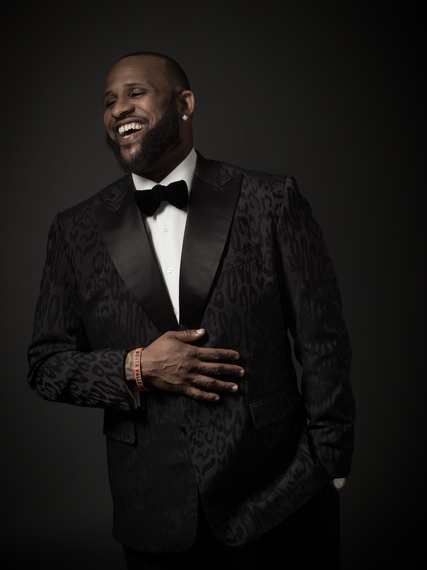 Peggy and NBA Senior Vice President of Operations Kiki VanDeWeghe won the Trailblazer Award for their wide-ranging charitable actions that includes support for the HollyRod Autism and Alzheimer's, the Curtis School Scholarship, and the Leukemia and Lymphoma Society. "Charity starts with mothers," said Kiki VanDeWeghe. "Without the wives it wouldn't happen." 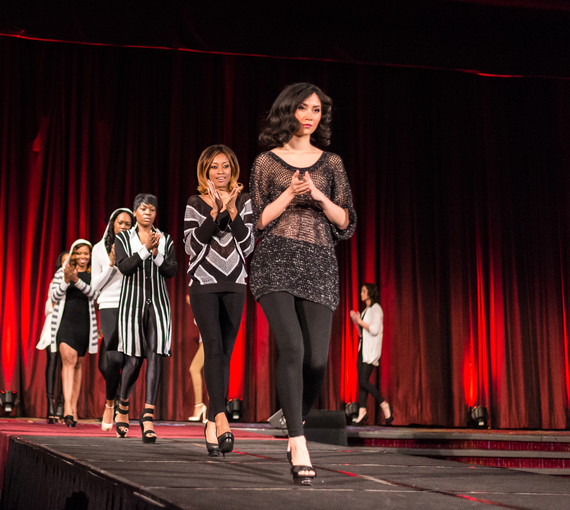 Recording artist Raheem DeVaughn made everyone cheer and chant with delight. The event also featured a fashion show for men, women and children. All in all, it was a great evening that highlighted the best parts of the larger NBA community. 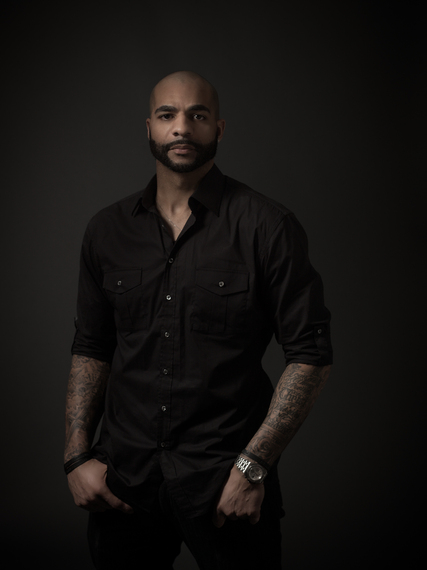 Duke Graduate, Olympic Gold Medalist, and Two-time NBA All Star Carlos Boozer made an appearance at the Touching A Life Gala. 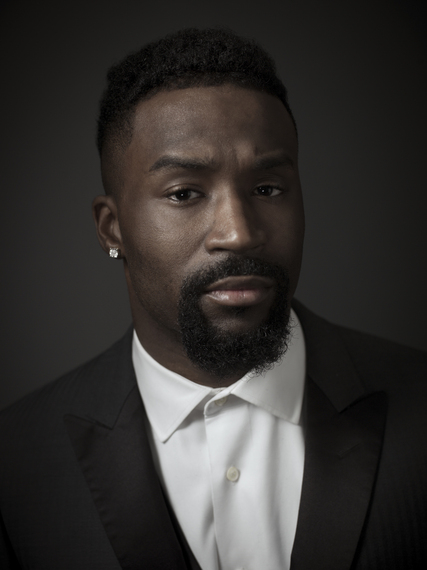 A charitable citizen of Baltimore, Rock Blackwell is the WBU's Light Heavyweight champion. 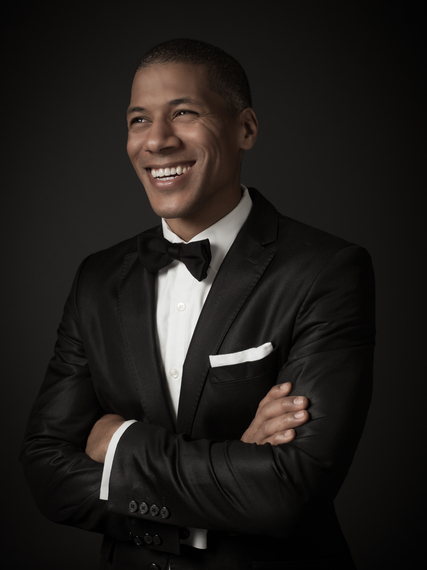 Shannon Lanier is the cohost of Arise 360, delivering the newest & hottest stories in American entertainment & culture. 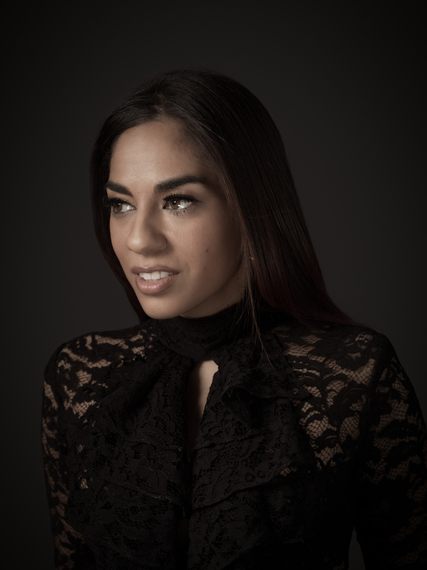 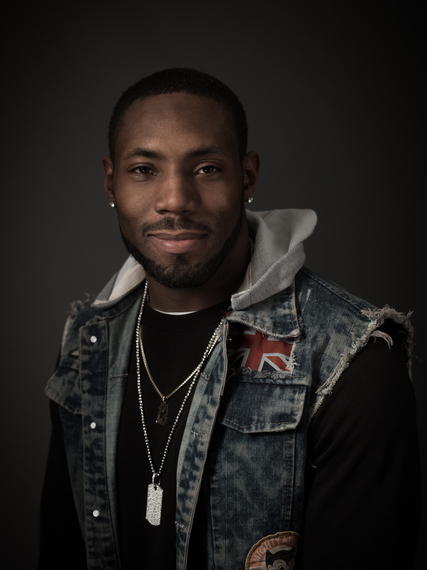 All celebrity portraits by Cade Martin. The Raheem DeVaughn and runway photos are by Geoff Livingston.