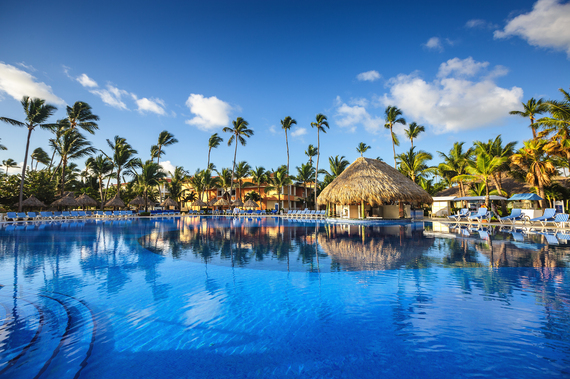 How many times have you been shoveling snow and muttered to yourself, "I would give ANYTHING to be on a Caribbean beach right now"? Every time, right? Sure, but you probably also slogged on thinking a mid-winter escape to a tropical paradise costs a fortune.

Not so. Traveling to the Caribbean can be done on a budget -- you just need to know where to go. (Also, you can't stay at a big fancy resort, but you knew that.) And to help you out, we've put together a short list of the cheapest destinations in the islands. 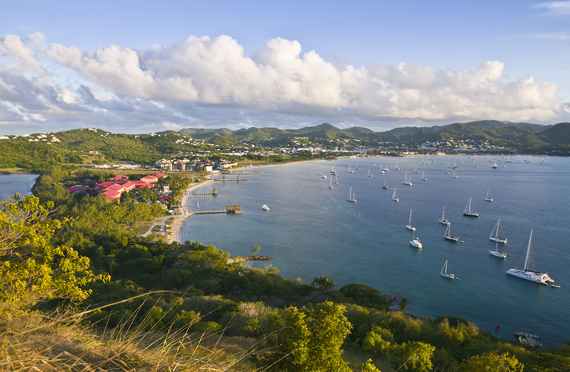 St. Lucia
Average budget hotel: $50 per night
Average daily food cost: $7
Cheapest beer: $0.74
Here's some St. Lucia trivia: the island is shaped like a mango. Remember that for your next pub night. Also, it's an island that offers everything from mountains and rainforests, to charming fishing villages and secluded volcanic beaches renowned for reef diving.

St. Lucian food is a combo of Creole with French and West Indian influences, and for cheap eats, you're gonna want to roll with the roti -- unleavened Indian bread stuffed with curried vegetables and meat. At Prudee's House of Roti, two people can take down a hearty beef and chicken plate for a mere $10.
What's the catch? The island is a bit remote from the US so pack snacks -- you might have a long wait for a connecting flight. 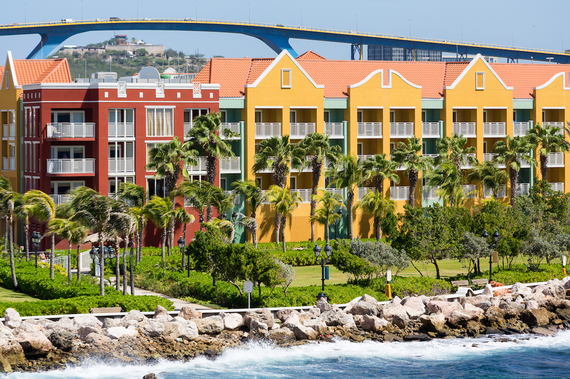 Curaçao
Average budget hotel: $65 per night
Average daily food cost: $23
Cheapest beer: $0.94
Did you know that one of the official languages of Curaçao is Dutch? Well, it is. Situated off the north coast of Venezuela, Curaçao is still a territory of the Netherlands and a bit off the beaten tourist path; although it does maintain a bustling airport, which helps keep airfares down. Beer at local bars is cheap if you avoid US brands, but if you really want to save your guilder, stock up on booze at Centrum supermarket.
What's the catch? The mosquitos at night -- they are not friendly. 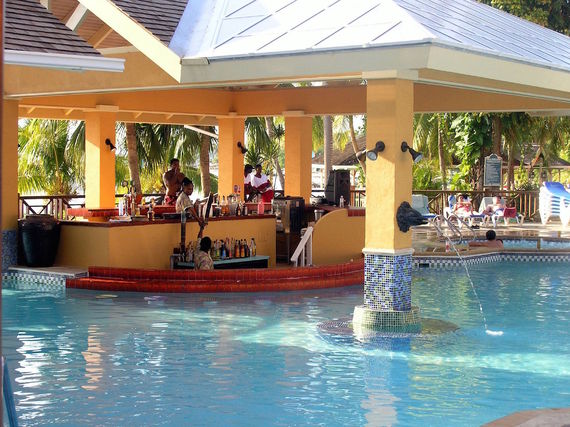 Negril, Jamaica
Average budget hotel: $50 per night
Average daily food cost: $23.50
Cheapest beer: $2.25
Known for long stretches of white sand beaches and shallow bays of calm, aquamarine waters, Negril offers visitors the most bang for their Caribbean buck. Sure, Jamaica has a lot of pricey resorts, but this area -- situated on the western side of the island -- rocks a good mix of inexpensive two- and three-star hotels along the gorgeous Seven Mile Beach.

Negril is also less touristy than the other parts of Jamaica, which helps make it less expensive. Be sure to enjoy a panoramic sunset while drinking cheap Red Stripe at Peewee's Restaurant.
What's the catch? It's popular among Americans spring breakers, so if beer bongs and beach parties aren't your scene, perhaps you shouldn't visit in March. 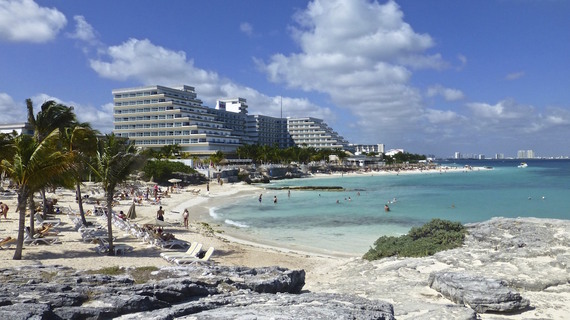 Cancun, Mexico
Average budget hotel: $36.50 per night
Average daily food cost: $17.85
Cheapest beer: $1.37
And speaking of spring breakers, Cancun is one of the busiest destinations in the Caribbean. Reason being: there are a plethora of inexpensive flights from the States, and accommodations are cheap on the outskirts of town. The place also rocks beautiful beaches, a solid nightlife scene, and easy access to artsy Playa del Carmen, Riviera Maya, and Cozumel. Oh yeah, also, Mayan ruins to explore -- El Rey and the a crumbling tower of pale gray stone known as Yamil Lu'um -- and gorgeous cenotes in which to swim. Or venture to Las de Guanatos to score a bucket of beers for a mere 100 pesos.
What's the catch? Again, the low cost of Cancun makes it a popular spring break hotspot. Also, be sure to research your hotel. You might save some cash, but there are a lot of accommodation horror stories. 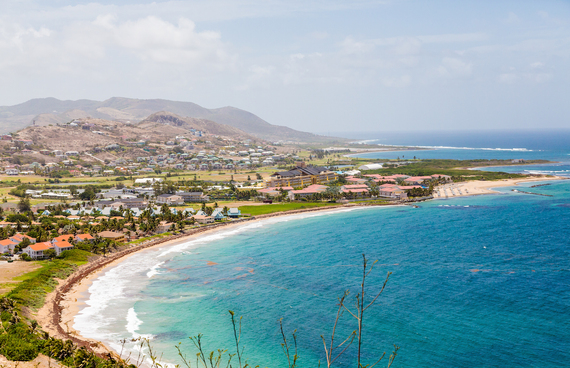 St. Kitts
Average budget hotel: $80 per night
Average daily food cost: $10
Cheapest beer: $0.74
St. Kitts is a rare gem in the Caribbean. It's also an island shaped like a chicken leg -- again, just throwing that out there for trivia night. This lush, tropical paradise has an intoxicating blend of rolling hills, aqua-green sea, abundant vegetation, rainforests, and volcanoes that loom majestically in the cloudy mist.

Though the tourist beach bars are amazing, some of the best watering holes on the island are in the Old Town section; they simply look like random structures that dot the roadway. Don't hesitate to stop. In fact, be sure to hit Paula's Shop; it's run by a woman named... Julie -- just kidding! Her name's Paula -- and she sells cheap Carib beer (the Kittitians' local brew of choice), delicious home-cooked chicken, and not one, but two types of shampoo.
What's the catch? Tourism isn't St. Kitts' main industry -- so outside of the main beach areas, your options are limited for attractions.

To find out what other Caribbean vacation destinations are totally within your budget, get the full story at Thrillist.com!

The Most Underrated Mexican Destinations to Hit This Winter