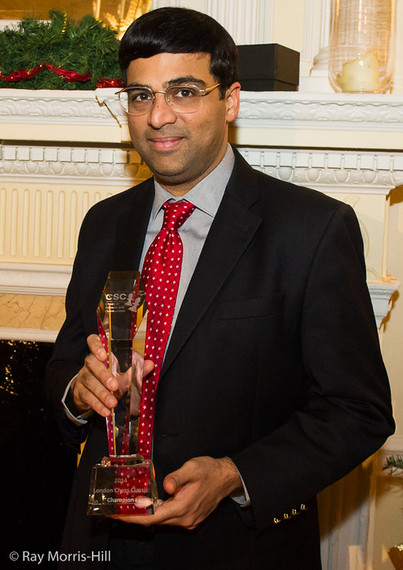 Vishy Anand could be the Phoenix of Chess. Many times down, but never out. Again and again he rises up to snatch another tournament triumph, another world championship.

Last year Anand lost the world title to Magnus Carlsen, but came back this year and won the Candidates to play the Norwegian again. Before the world championship in November, Anand won a strong event in Bilbao, but could not wrest the title back from Carlsen and lost the match. This month he went to England and won the London Classic.

For many world-class players the London Classic is the last chess event of the year. Again, it was a wonderful chess feast, split into three parts this year. 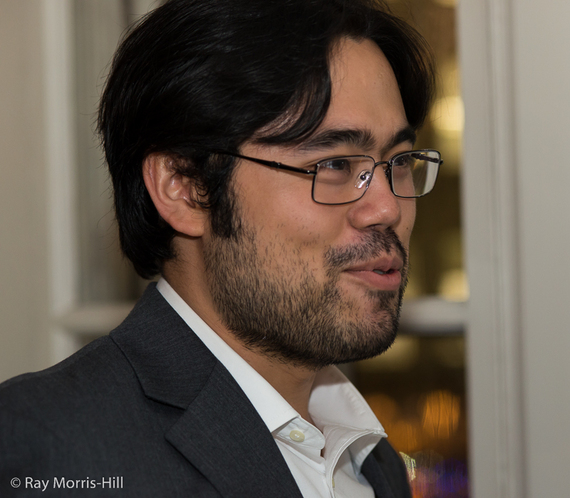 The top U.S. grandmaster Hikaru Nakamura dominated the Super Rapidplay Open in which other participants were able to mix it up with the six elite players. With an incredible performance, Nakamura finished undefeated with nine wins and only one draw, a full point ahead of the Dutch grandmaster Anish Giri.

The top British grandmaster Mickey Adams won the double-round Elite Blitz on a tiebreak over Nakamura and Anish Giri. The tournament also decided the draw for the main tournament. Blitz play always brings some of the best and worst moments - brilliant moves and unexpected blunders. 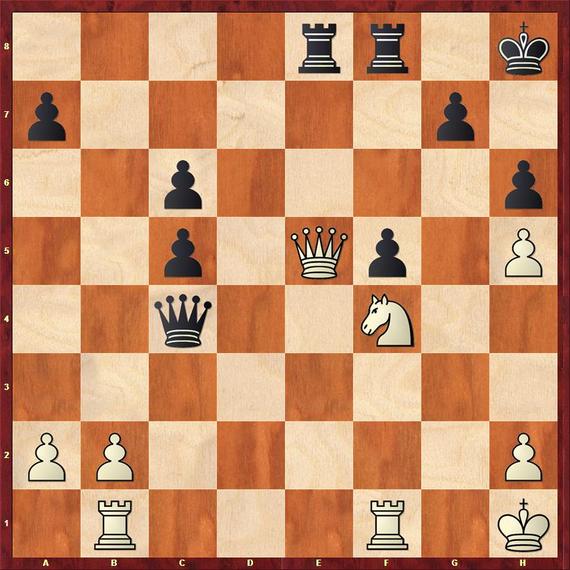 The white queen is under attack and the simple retreat 27.Qc3 would have won. But Giri finds an aggressive winning sequence. 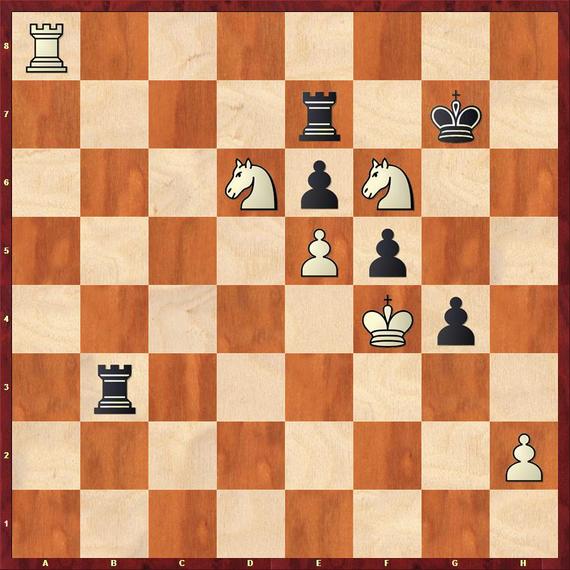 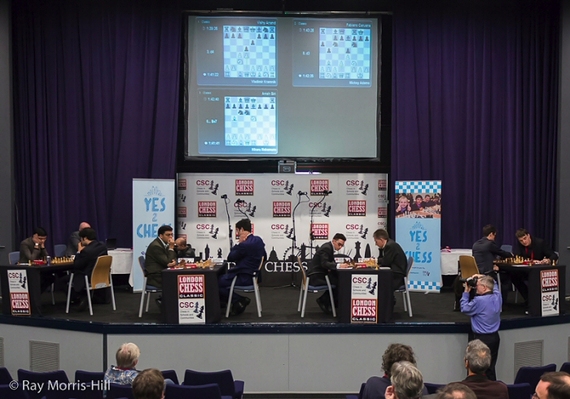 Vishy Anand clinched the London Classic trophy in the last round, outplaying Adams with the Berlin defense. It was used in London by more players to dissect the Spanish opening.
Anand shared first place with Vladimir Kramnik and Giri, but captured the trophy on a tiebreak - having beaten Adams with the black pieces.

Sometimes you wonder what chess books the top players read. I don't think Vishy Anand drinks, but he endorsed an amazing book containing an abundance of alcohol. There is a lot of beer, wine and vodka in the work of two Israeli authors, Noam A. Manella and Zeev Zohar, Play Unconventional Chess and Win, published by Everyman Chess. They present many unusual ideas and give the impression the players created them while drunk. 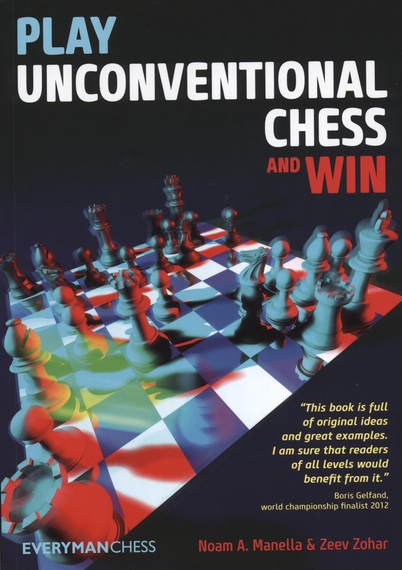 Actually, when you imitate most of the examples, you deserve to lose, but reading the work can give you great pleasure. You may even try playing like that - sometimes, not too often; and you should drink something while reading the book.

The authors may be showing how to make an orderly mess in chess, but perhaps the best way is to let order and chaos live together. They quote the Czech writer Milan Kundera from The Farewell Waltz:"The aspiration to order is also the aspiration to death, because life is a constant violation of order."

We don't wonder why the master of chaos, Alexei Shirov, is there, but surprisingly Vassily Ivanchuk appears in the book most often.

There are beautiful fragments of games and chess compositions. In our example we cut straight to the exciting part of Jan Rusinek's study with the queens appearing and disappearing on the chessboard. 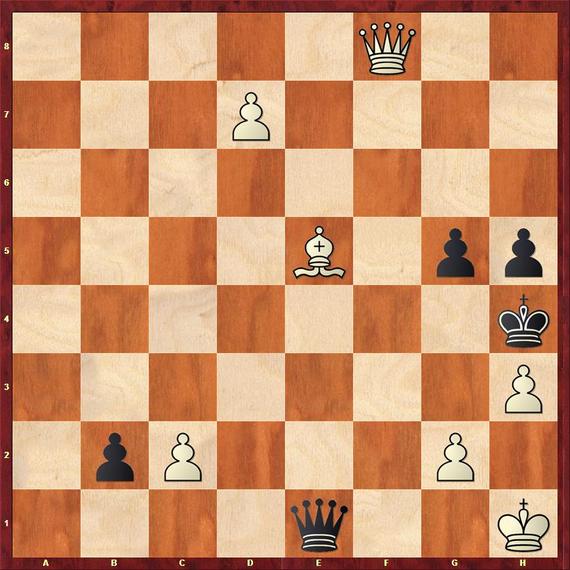 Judit Polgar, the all-time best woman, reveals that the game with Gelfand from the 2009 World Cup inspired her to write her autobiography. The result is her amazing trilogy Judit Polgar Teaches Chess. The last volume A game of Queens was recently released by Quality Chess. It is from a period of her life when everything clicked: she became the only woman to be rated among the Top Ten in the world, got married and had two children. 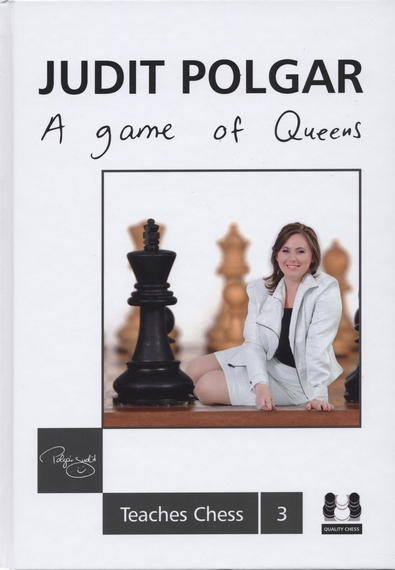 Judit had a lucky hand in presenting her chess career as a teaching manual. In her games, she was known for smooth transitions from the opening to the middlegame where she excelled as one of the world's greatest tacticians. Even world champions such as Anatoly Karpov, Garry Kasparov, Vishy Anand and Magnus Carlsen, became victims of her prowess. Countless other strong players were destroyed by her sharp play. 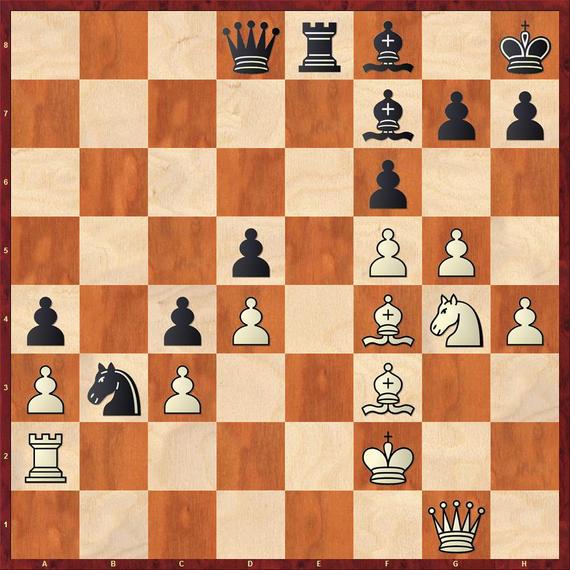 There was a woodpecker next door, I thought. But birds sleep during the night and it was past midnight. The next morning I found out my room next to Bent Larsen's. The legendary Danish grandmaster typed something about chess almost daily, even while competing in tournaments. Away from the chessboard, Bent was first and foremost a chess journalist. 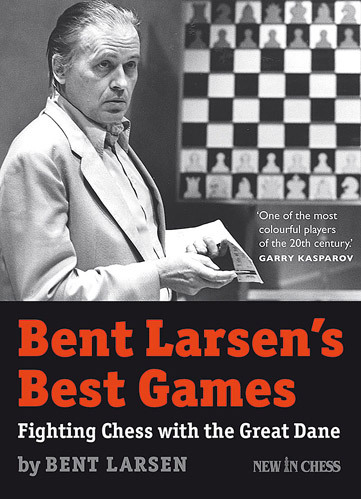 In the book Bent Larsen's Best Games, published by New In Chess, Larsen not only comments on his games, he gives us an inside look into many tournaments and the secret why he was such a feared competitor and one of the best world-class grandmasters. I was privileged to play against him 30 tournament and match games, and listen to his comments - they were great chess lessons for me.

There are 50 games from his previous work "Larsen's Selected Games of Chess 1948-69" and 74 other games are added from the 2012 Spanish book Bent Larsen: Todas Las Piezas Atacan by Romero Holmes. Although the NIC version ends with 1977 games, there is still more to Bent Larsen's career (for example, he played in the 1986 match between USA and Scandinavia in Reykjavik). There is also a chapter on Bobby Fischer. It is a remarkable book about one of the most original and fierce chess fighters.

In Las Palmas in 1974, Ljubomir Ljubojevic finished the tournament with 11/15. Larsen scored 9.5 points, but the Dane was just one move from winning the tournament. 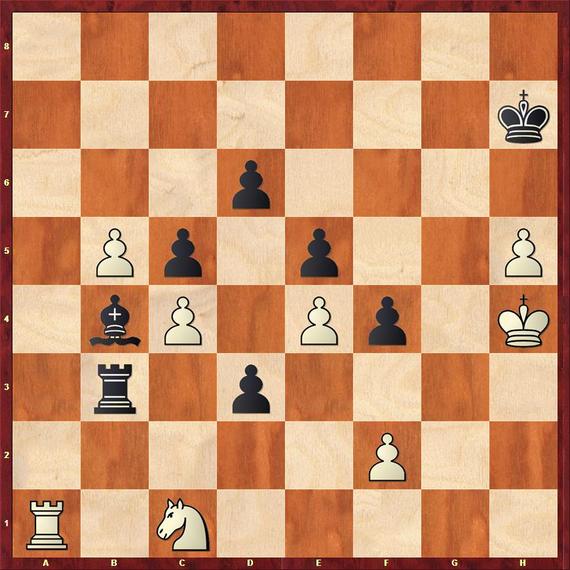 All three books would make nice presents for the holidays.
Happy New Year!