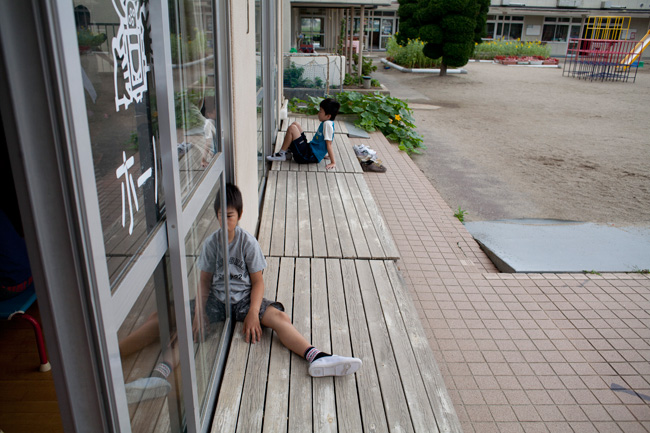 Recess at the Watari primary school: Children live a kind of half existence, never really able to enjoy the outdoors because they are limited to a maximum of three hours outside each day.

Next to our house in California where I grew up there was an overgrown garden with a rubber tree, bushy shrubs and a little worn dirt path that I'd crawl through, a small journey to a place far away from the urban environment that surrounded me. In this garden, I made discoveries about the world, which led me to make personal discoveries. I have never let those early experiences go and always make it a point to follow my curiosities to this day. A part of my childhood lives on in my films and photography. In Fukushima, curiosity requires a Geiger counter. 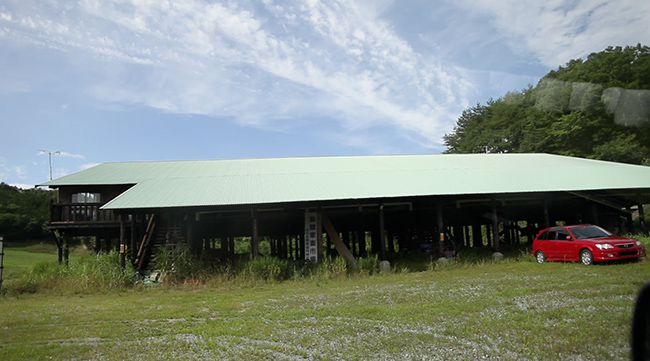 One day my exploration of Fukushima brought me to what looked like an old barn in an area that was evacuated, outside the total exclusion zone and therefore accessible. Curious to know what the reading was at the barn I tested the ground level radiation: the counter read 47μSv/h (microsieverts per hour). My heart stopped for a moment, terrified. By comparison, a recent reading in Brooklyn, N.Y. was 0.2μSv/h.

The structure where I took these readings was in an evacuated area, so it's unlikely that a child would come across it. But one of the hardships about life in Fukushima -- and indeed all of Japan now -- is that no one can ever know where radiation hotspots lie with any certainty, because radiation is carried by wind or running water. Think of how the wind can blow autumn leaves into piles far from the trees that they fell from. Then imagine those leaves to be invisible.

Parents near Fukushima are under constant stress because they have to rein in their children's instincts to be outside and explore. If a young child made his or her secret hiding place where a hotspot reached 47 microsieverts every day for a year, the health risk from radiation poisoning would be severe and life-threatening. Schools in the region limit the time that their students can be outside to three hours each day. 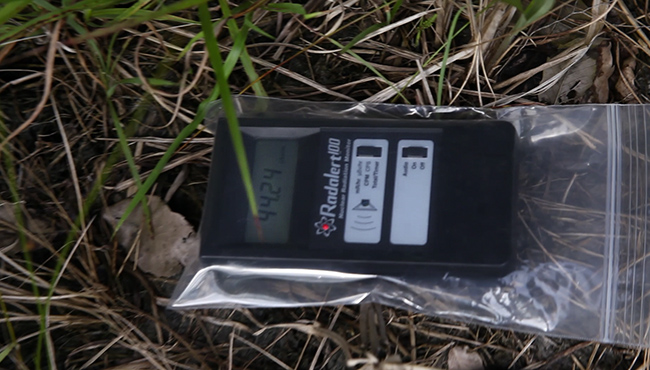 Geiger counter here reads at 44μSv/h; it peaked at 47μSv/h. A Ziploc bag must be used to prevent trace elements of radiation at specific sites from contaminating the counter itself.

Just radiation's taint cannot be seen with the naked eye, so too psychological damage exists in children who cannot be outdoors. Denied an essential piece of their youth, their mental and emotional growth becomes stunted. With every new discovery, particularly at a young age, the mind forms new neural connections, grows in intelligence, expands its potential and plasticity. Robbing children of these essential early experiences also robs them of a particular individualistic intelligence that can only be discovered if they are allowed to follow their imaginations. To embark on individual paths is to be in touch with fundamental essence, which so many young children are now sadly denied.

I decided to call my film on the disaster Cpm-703. CPM are the "counts per minute" of a Geiger counter measuring radiation. 703 years is the half-life of uranium. The danger is immediate, but the impact will persist for an eternity.

The mountains of Fukushima are breathtaking and inspired me to take long walks and make new discoveries. Always wary of the invisible risks I took truncated walks because I could not keep myself from seeing the landscapes that I had so long admired pictured on scrolls from the Edo period and before. These are the landscapes that children in the region are denied.

By Jake Price for Newsmotion.org