I don't subscribe to the journalistic piety that journalists should conceal their preferences and not vote, or that having a point of view makes it impossible to be fair. This is the kind of virtue signaling favored by the former editor of The Washington Post, Leonard "Len" Downie, and by CNN host Anderson Cooper. I don't think it's altogether bad for the public to know where their writers and broadcasters are coming from.

But the truth is, I can't decide for sure this election.

After watching all the debates, having read hundreds of thousands of words and wasted hundreds of hours in conjecture with friends and colleagues, I can't say I've decided so completely that I'll go with certainty into the booth. 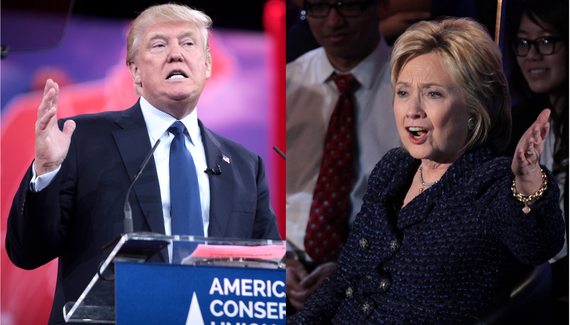 Yes, I lean ever so slightly toward Hillary Clinton. I know her, so to speak; and there's the rub. I know she is ambitious, hardworking, micromanaging, secretive and that she has no commanding vision for America at home or abroad. I also know that she'll try and turn the country into an experimental social science laboratory.

My uncertainty went up a few notches with her declaration that she wants at least half her cabinet to be women. I did my time in the trenches of the women's movement in the 1960s: I'm for equality everywhere and redress where it is needed. But to be told in advance that half the cabinet would be women is playing gender politics with the national well-being.

So, I veer toward Donald Trump: a man who has led a life as reprehensible as it has been lucky. Here we have a scoundrel, a sleaze, a sexual cad and a braggart of Olympian proportions. Yet the fascination is there; the hope that he is a man on a horse who will shake up the elites in Washington, from the cozy foreign policy establishment to the education lobby, which demands more money for worse outcomes.

The rot starts in the universities: high tuitions, self-regarding professors and irrelevant courses. Trump says he can fix everything so, for a moment, I think he can fix the universities too. Napoleon fixed almost everything: the educational, economic and legal systems. But Trump is no Napoleon: He is a man of organic ignorance, apparently sustained by his own slogans.

Even if Trump were eminently desirable, as an outsider, he'd be faced with huge challenges in appointing a government: 4,000 jobs, 100 of which need Senate confirmation.

In Trump's case, knowing no one and nothing of the myriad responsibilities of the government, his vice president, Mike Pence, could become the de facto president.

But Pence is a man of rectitude and Trump is the opposite. They're bound to clash; thereafter, Pence being exiled to the official vice presidential residence at Number One Observatory Circle.

Hence vacuums everywhere and eager, shady people to fill them. People we've never heard of before; the first of whom will be recruited by the Trump transition team, led by New Jersey Gov. Chris Christie. One can just imagine the names in his Rolodex.

The fiefs will spring up, secure in the knowledge that the president isn't interested or doesn't know how his administration works. In a Trump government, things would shake, rattle and wobble.

Like millions of Americans, I must decide whether I want Clinton with her record of challenged veracity, stretching back to the Rose Law firm in Little Rock, Ark., or the monstrously awful Trump, whose appeal is that he's not Clinton. Vote wisely, won't you? -- For InsideSources