On April 15, 2013 I made a choice to run towards. That choice has affected my life profoundly ever since.

I wasn't supposed to run that day. Three weeks before the Boston marathon, I ruptured a tendon, which fractured a bone in my foot. Technically, I had an avulsion fracture, which is when a tendon tears so badly that it rips the bone apart.

But, doctors make the worst patients. Ask my orthopedic surgeon, my primary care physician and my physical therapist. They all said, "Natalie you can't run, you may cause permanent damage."

My father and I have run marathons together for 10 years. This was going to be our last race as a father daughter team.

I decided there was no way I would not run.

So, at 6:30 that morning, I laced up my running shoes, took my ibuprofen and boarded a bus with my dad for Hopkinton.

I remember it started off as such a beautiful day. Clear, crisp and calm.

Making our way through the first 26 miles of the course, we laughed, grimaced and cursed like always. Everything was going as we had expected.

Then, only blocks from the finish line, we heard an explosion...and another.

People were screaming. Something had gone horribly wrong.

Almost without thought, I left my dad and ran towards.

Outmaneuvering police, I jumped barricades and ran into chaos.

With smoke in the air and a metallic tang in my nose, I realized my city was bleeding. I had to stop it.

I performed CPR on a beautiful woman who was laying down, lifeless. After the ambulance took her away, I realized my family was somewhere nearby. Were they one of the bodies laid out on Boylston Street?

I continued to do what I could to help -- triaging everyone in my path, applying tourniquets to those who were bleeding. I only stopped when police physically forced me off the street.

Covered in blood I stumbled home to reach a phone and make sure my family was safe. I finally found my mom crying in her hotel lobby. She clung to me, she thought I was dead.

The days following the events were a blur of media interviews, long sleepless nights and a feeling of guilt that kept growing.

It wasn't until months later, when speaking at the Cambridge Public Library, that I discovered a new choice I had to make.

After stepping off stage, a woman pulled me aside and said, "I was running that day too. The victims at the finish line were there cheering for me. So tell me, how can I be Boston Strong when I'm so weak, so sad?"

She felt the same guilt I had. The spectators that died were cheering for me too. I tried desperately to save one, and I had failed.

I lived with that guilt; it paralyzed me. The sadness consumed me and wreaked havoc on my life.

But I learned a valuable lesson. April 15, 2013 taught me something. Every person has a choice: Run towards or run away.

Confronting the fear that consumes you is the only way to destroy it.

Like the decision I made to run towards the explosions, I am now making the decision to move on; to wake up every day, to forgive and to be hopeful.

As I replied to that woman in Cambridge: We must be heroes for each other. The choice we must make is to run towards. 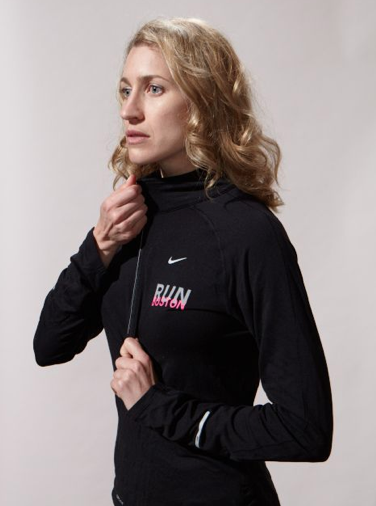