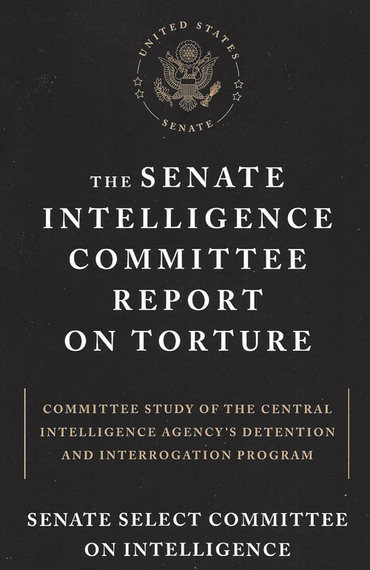 Senator Feinstein has called for giving a pass on prosecution to former CIA Director David Petraeus for leaking classified information to his biographer. Yet, this same senator wants to prosecute to other "leakers" and call them traitors. If I had taken a classified document out of the embassy as a Peace Corps Director, I would have been fired and appropriately removed. Why let a general walk away?

During the dozen years I was the director of Amnesty International USA, we pressed hard for a single standard for human rights. Central and South America were awash in human rights abuses, disappearances and deaths. We pressed for governmental responsibility for violations. Later when the massive human rights abuses slowed and peace became somewhat a daily experience, Chile, Guatemala, El Salvador, Argentina and Peru to name a few, searched for records of those killed, why they were killed and who was responsible for the dastardly deeds. Accountability. Abusers were charged, tried and sent to jail. By holding the guilty responsible, nations remembered and honored those who were disappeared and tortured and moved about like leaves on a tree. The trials honored their nation and their flag.

President Fujori is in jail in Peru for violent crimes against his people. Pinochet of Chile was chased until his death for his human rights abuses. The Argentinian military leader responsible for disappearances during the dirty war was ultimately sent to the slammer where he remained until his death in 2013.

Recently I picked up the new Senate Intelligence Committee Report on Torture. For $15.00 readers can pour over 549 heavily redacted pages where facts are deemed too hot to include, might embarrass the U.S. government, or get someone killed. Clearly those responsible for the atrocities outlined in this report need to go to jail. It is the law, both national and international. No person or nation is free to redefine torture so governments can abuse who and when they want. But that was the policy for years, and $90 million tax dollars were spent on torture while cloaking it with a different name to avoid responsibility.

We Americans must ask ourselves why we are not clear enough; why we are not serious enough; why we are not decent enough to call the American torturers into court and give the victims a chance to look at their violators? Why are not victims of torture roaming the halls of Congress to tell what happens in those dirty, filthy jails, how bad it truly is and how the damage from torture is left in the DNA, staying in the soul of every prisoner?

Whether you believe the USA is an exceptional nation or not, this lack of legal process to find and deliver the torturers to jail will surely remove any cloak of exceptionalism. A few years ago I called for Attorney General Eric Holder to resign because he would not prosecute perpetrators of torture. I was correct in that. Holder had a chance to restore this nation's credibility by pursuing our own violators of the law. Law and order people love law and order until it comes to sit on their doorstep.

Five hundred fifty pages are enough for me to know the CIA dipped our flag into the dirt. To clean that flag, it is necessary to jail the torturers. To be exceptional, one must not be common. It is common for governments to torture. The ones that do not are the exceptional ones. The world is waiting to see what our American government is going to do about its own torturers. Or else they will continue to believe that words do not count. It is just deeds that do.

If you think this is too harsh, please remember that anyone convicted could be freed by presidential pardon. But the world would know Americans are against torture and our flag can go back up the pole to the top.