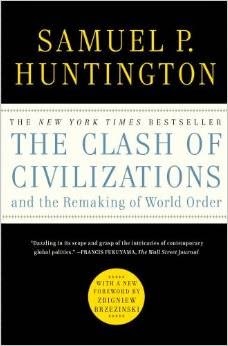 What if you woke up to find that the pieces on the chess board had changed and there were no more pawns which moved one or two spaces ahead, no castles moving perpendicular to each other or knights with their L-shaped choreography. "The only constant is change," goes the old saw, but the politics of the Middle East and by proxy the rest of the world is going through a cataclysmic shift equivalent to those periods of history like the fall of the Roman Empire and the Rise of the Ottomans or the fall of Czarist Russia and the rise of the Communist bloc. Of course at the end of the Hegelian dialectical day, the geography of Europe and the Middle East is the beneficiary of these earlier historical watersheds. Nothing is what it seems to be. Isis was once an Egyptian God. British archeological thrillers of the 30's are filled with neocolonialists whose excavations ignite her rage. You remember the OxBridgian explorers in their safari hats prospecting among the tombs of Egyptian royalty with their pipes and copies of The Golden Bough and uttering "I say there old chap," as sarcophagi come to life. Now ISIS represents an Islamic State that threatens to swallow up Syria and Iraq, not to speak of Libya and those parts of Yemen, the Sudan and Nigeria which are its potential clients. By employing the example of the Crusades, President Obama attempted to show that the current generation of Jihadists have no monopoly on terror and violence. Tomas de Torquemada was the model for Dostoevsky's Grand Inquisitor. But how will the world look when the dust has finally settled? Will Iranian Shiites attempt to wrest the torch from the hands of their Sunni counterparts, as Netanyahu prophesied in his recent speech before congress? Will the Muslim world continue to be divided or will the vision of pan-Islamism put forth by millenarian thinkers like Sayyid Qutb produce an even more frightening juggernaut. In The Man in the High Castle Philip K. Dick imagined the axis powers in control of the United States. Perhaps only a science fiction writer like Dick could foresee the realignments that will result from our current geopolitics. Democracy and liberty were products of the mercantilism of 17th Europe. But we now seem to be living in age of extremism, in which technology itself doesn't provide the leveling anodyne to ideology (that proto-capitalism did in earlier age). The late Samuel P. Huntington wrote a book entitled The Clash of Civilizations and the Remaking of World Order which might turn out to be prescient. Visions of utopia whose pay off may occur in the after life are a tough nut to crack.