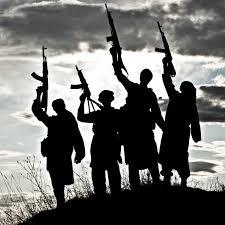 The events of November 13 shocked the world once more, reminding us of the nightmarish times humanity is experiencing and reigniting in many of us the despondent thought that we're just at the start of a bad dream. The events also fueled scores of theories, often conflicting, on what is to blame and where humankind is heading.

And, of course, the events spawned conspiracy theories. Some speak of premeditated crimes to which the West turned a blind eye aimed at shaping public opinion favorable to broad-based Western intervention in the Arab world. Others cite security, saying the events offer the pretext for citizens' greater tolerance for measures that often touch the boundaries of democracy.

One thing is certain. That at this point it's widely acknowledged that we're steadily heading towards a clash of cultures that is inconceivable for our times. On the one side we have the Western civilization. We, the citizens of the countries that consist this ethical/political/cultural frame, take for granted everything it represents. The parameters of human freedom and dignity, which are fundamental for every democratic constitution, are not negotiable as they have been earned with bloodshed and battles that have cost millions of lives over the centuries. And even though many of us feel that people are manipulated continuously with "democratic" methods that do anything but serve these principles, the mere existence of these fundamental values on paper is a sacred, even if unapplied, bible.

On the other side we have a new current of violence stoked by religious fundamentalism that looks horrifically anachronistic. Reeling from the pain inflicted by such acts of terrorism, many of us forget that these extremists number just a few thousand of the 1.5 billion souls who are of Muslim faith worldwide.

We all, more or less, reinforce this clash--even if unwittingly. We see this clearly in the reaction of ordinary citizens to similar terrorist strikes before the one in Paris. The attack on Garissa University College in Kenya on April 2 in which 148 students lost their lives, emotionally for the Westerners might as well have happened on another planet. Terrorism is the most likely scenario behind the Metrojet Flight 9268 crash in which 224 people, for the most part Russians, were killed; we were shocked but observed the event with detachment. A day before the attacks on Paris, 43 people were killed by two bombings in Beirut: most of us weren't even aware of these incidents.

But we were shaken by Paris. We were shaken because the city has a special symbolism for Western culture. In a series of strikes over a decade-and-a-half, fundamentalist religious terrorism completed a symbolic quartet. It started with the 9/11 attacks on the center of world trade, as defined by the West. It continued with the 11M and 7/7 attacks on Madrid and London, respectively, when it brought terror to the Old World and a vital piece of the average citizen's daily life--public transport. And now it closed this sequence with Paris affecting the simplest, most typical everyday European habits. Evil may strike anywhere, any time--when someone is enjoying a meal or a concert or watching his favorite football team play.

Paris struck home and given human nature, it's hard not to take sides--even unconsciously. Of course if we consider that for years, there's been the same process on the "other" side in countries bombed by alliances of Western nations in the name of some human moral values, then we must accept that the de facto conditions for this clash have already been shaped.

I don't want to present an analysis here of my views on the Arab Spring and its aftermath. We all see the destabilization and now clearly comprehend that to keep the demons in order, you need to have the devil at the door. The devil--whether called Hussein, Qaddafi, or Mubarak--no longer exist. The issue is where we go from here. And I'm especially pessimistic that a widespread clash of cultures may be at the gate...