The eight edition of the "Shopper's Guide to Pesticides in Produce" examines the pesticide loads of 45 common fruits and vegetables. According to the group's press release:

EWG researchers analyzed annual pesticide residue tests conducted by the USDA and federal Food and Drug Administration between 2000 and 2010. The samples were first washed or peeled prior to being tested so the rankings reflect the amounts of the crop chemicals likely present on the food when is it eaten.

EWG makes clear that despite pesticide exposure, the health benefits outweigh the risks of eating fruits and vegetables. Rather, they encourage shoppers to use their guide to determine which fruits and veggies should be bought organic.

Not everyone is against pesticide use. The Alliance For Food And Farming claims on their website, "60% of consumers express a high concern about pesticide residues, much of which is based on misleading information." The group describes itself as a "nonprofit group representing farmers of fruits and vegetables," although critics dub it "a chemical agribusiness front group."

Research published in Environmental Health Perspectives in April found that a pregnant woman's exposure to common pesticides could pose risks to her fetus similar to those associated with smoking tobacco. Researcher Dr. Bruce Lanphear suggested to HuffPost's Lynne Peeples that households go organic or choose produce with lower concentrations of pesticides.

The good news for consumers who avoid pesticides is that EWG found that of the "Clean Fifteen" fruits and vegetables, the individual samples contained five or less different chemicals.

EWG president Ken Cook said in the press release, "Environmentalists have had important successes in forcing pesticides that presented unacceptably high dietary risks off the market. The latest USDA tests show we have much more work to do.”

Click here to learn more about the Shopper's Guide To Pesticides, and check out the slideshow below to view the "Clean 15" list of the "cleanest conventional produce," courtesy of EWG: 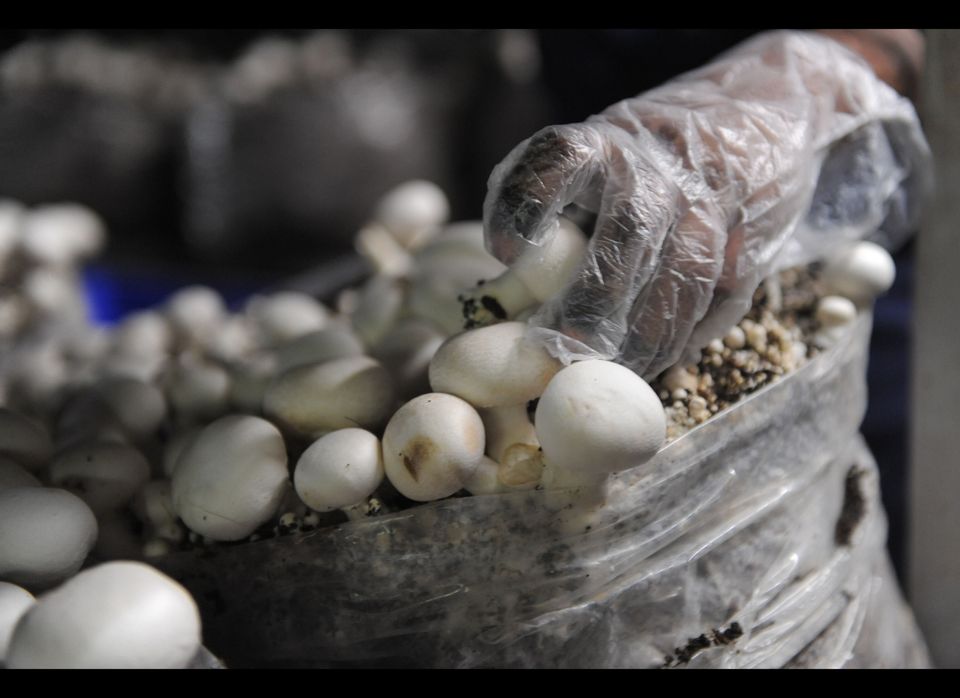