We know that children and teenagers are particularly susceptible to advertising. We are aware that they are easily influenced by peer pressure. We see that they have a self-image that is fragile and is still being molded. Parents, educators and advertising executives are all aware of these simple truths. 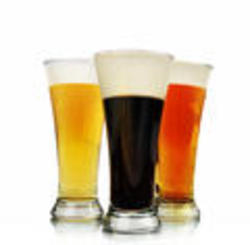 Parents have also been reassured that much progress has been made over the course of the past decade to limit advertising of cigarettes and alcohol to teenagers. In fact, a recent blog and article from Pediatrics assures parents that, "Scenes with smoking [are] to a much lesser extent on prime-time television." (Strasburger, 2010). The article does caution parents strongly about tobacco and alcohol use in movies, but parents appear to be in the clear with television.

Currently, there is only one channel that owns the young adult demographic and it's MTV.

Young adults 12-34 name MTV as the most recognized network. MTV targets girls and boys ages 12-34 who represent 33 percent of the U.S. population. Fifty percent of MTV viewers are under 21 years of age. What better place to find out about advertising restriction to teenagers than by visiting the MTV website, right?

I click on another link, this one's for a reality TV show called Girls Code. The name of the show is not "women's" code -- it's "girls" code. Since I've never heard of this show, I decide to watch the 60 second trailer.

I nearly fall off of my chair. THIS is "the girls" club? But, wait, there are strict guidelines in place, they can't openly advertise a specific brand of hard alcohol to children, right?

Remember, MTV is aware of the fact that 50 percent of their audience is under 21.

Thirty seconds into a 60 second clip we hear this: "I love Stoli Razberi and Club Soda. I feel like a lady, and it's refreshing!" Nicole Byer, Girls Code.

The very next line which follows the "Stoli Razberi" is 38 seconds into the clip. A cute looking, pink cheeked girl wearing a headband says in playful, juvenile sounding voice, "Well, I always like a shot of vodka and a Shirley Temple." Of course you do, sweetheart. Let me guess, you request it in your sippy cup? The sweet taste of a favorite children's drink, and a sweet vodka mentioned within the same 10 seconds... I'm sure it was just a coincidence.

So what was MTV's comment on scenes where alcohol and cigarettes are blatantly slipped into trailers and shows? "Our standards department reviews the content on our network and makes determinations on a case-by-case basis. We try to present our reality programming and the people in it as authentically as possible."

After all, reality television is completely unscripted, right?

The harsh reality: Reality television has found a clever new way to slip in product placement and illegal advertising to young children. Coupled with the alcohol industry's blatant disregard for the very few advertising laws that are established, it is no surprise that there is an upsurge in distilled spirit consumption among teenagers in the U.S.

According to a recent analysis by Johns Hopkins Bloomberg School of Public Health, alcohol related advertising increased by 71 percent in the last decade; this is largely attributed to exposure on cable television. Researchers examined alcohol advertising placements to determine whether the industry had kept its word to refrain from advertising on television programs for which more than 30 percent of the viewing audience is likely to be underage. The alcohol industry has not lived up to its agreement to limit television advertising to underage viewers.

Psychologists and researchers are urging parents to limit television viewing to 45 minutes per day.

It is not just because increased screen time is directly connected to a decrease in grades. It is. It is also because of the unintentional social messages that it sends to our kids. Limiting the amount of time a child spends in front of a screen is one simple way all parents can limit the amount of advertising our young children are exposed to.

Rebecca Jackson is co-author of The Learning Habit: A Groundbreaking Approach to Homework and Parenting That Helps Our Children Succeed in School and Life. 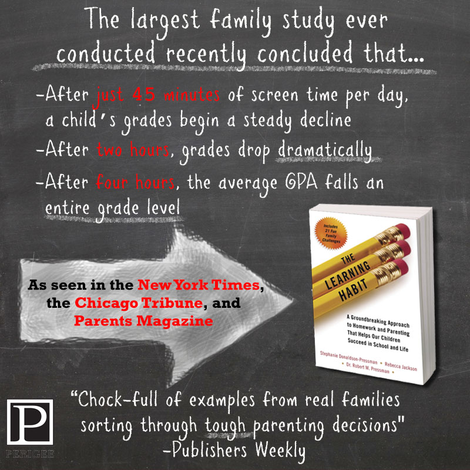