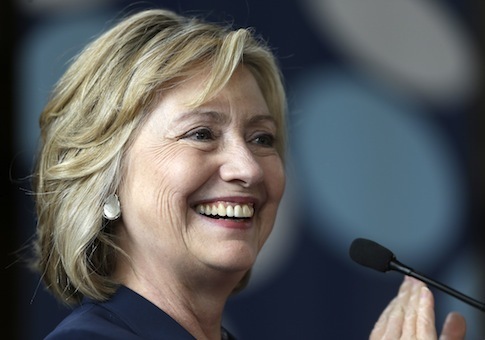 Pundits are discussing political campaign strategies as if we were deep into the season even though we haven't even made it to mini-camps yet. The antipathy towards Hillary Clinton is upsetting because she is the one candidate capable of bringing our highly polarized country together. However, it's not easy to tarnish a long standing brand, which is what the Clintons (yes Bill is part of the equation) possess.

Hillary Clinton has not been found guilty of anything. She has done nothing wrong other than to present herself as a formidable candidate. The GOP has no one capable of beating her so instead they must rely on name calling and negative attacks. Consider the fact that the Clintons are the only people demonized by republicans for amassing great wealth. Upon leaving office, Ronald Reagan was paid one million dollars for a speech in Japan and that was treated like a milestone rather than a criminal act.

Most voters are not concerned with the Clinton's net worth. Franklin Roosevelt and John F. Kennedy came from extremely wealthy families. Their wealth was inherited, not earned, yet they were never (nor have been) assailed for being trust fund babies.

Politically, the Clinton brand represents bi-partisanship. Voters want to be represented by an effective political machine and the Clintons have proven that they can successfully work the system. Hillary Clinton may have worked for Obama but that does not make her his political ally. Obama has more in common with John Boehner as they have both contributed significantly to polarizing the country.

The Clinton brand has been established over a long period of time and will not be toppled by negative attacks from the right. Voters remember thriving under a Clinton presidency and will expect to do so again. The GOP attacks on Hillary are already beginning to wane and as that continues she will be able to campaign effectively. The onus will soon be on republicans to present a viable platform and when they fail to do so Hillary's approval rating will climb even higher.