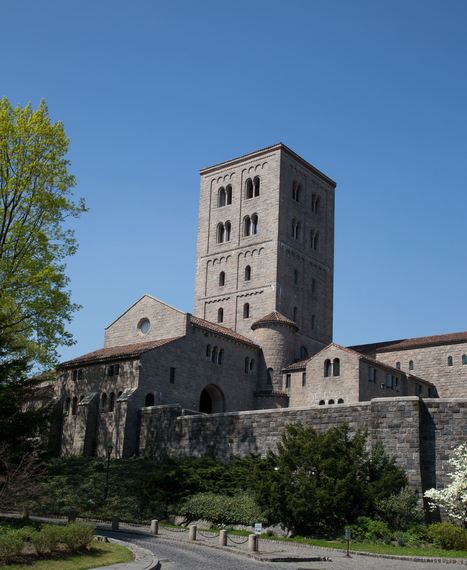 Summer heat, paired with the type of oppressive humidity found only in large metropolitan areas, is never an enjoyable experience. The streets turn sticky and stifling, and subway platforms take on the characteristics of a wet oven. Weekends become an excuse for exodus, and every Friday Manhattan spills its residents up and down the Eastern seaboard.

However, the great thing about New York is that you don't have to leave to get away. There are an uncommon amount of locations accessible by subway where it is possible to leave the city and its sweltering heat behind, or at least feel like you have. One of my favorite places to do so is the Cloisters Museum and gardens, located in Fort Tryon Park. Accessible by the A train (take it to 190th Street) and the M4 bus, as well as by car, the Cloisters is the branch of The Metropolitan Museum of Art given over to the art and architecture of medieval Europe. Designed to make its collection of over 2,000 medieval pieces feel at home, the museum's structure is itself part of the exhibit, having been assembled stone-by-stone from the parts of five European abbeys shipped to New York during the museum's construction in 1934-1939.

It is an ambitious undertaking, an ensemble of medieval cloisters reconstructed into a cohesive whole, and it has the effect of transporting you, if just for an afternoon, to a place far outside the skyscrapers of Manhattan. Those who prefer the comfort of their air-conditioning may opine that the reason for that is because it really is far outside of Manhattan, but a visit from down in the East Village takes just over an hour, and coming from Midtown, half of that. Situated on a spectacular plot overlooking the Hudson River and nestled into a park designed by the Olmstead Brothers, sons of the landscaper responsible for Central Park (and somewhere a distant relative), the trip is more than worth it.

After graduating from Williams College with a degree in Art History, I had an internship at the Metropolitan Museum of Art. One of the highlights was the annual Medieval Festival held in Fort Tryon Park near the end of the summer. The festival brings to life the customs and spirit of the Middle Ages, transforming Tyron Park into a medieval market town set against the backdrop of the Cloisters.

As the home of North America's largest depository of medieval artifacts, it is hard to pick the most impressive piece in the Cloisters collection -- discounting the museum's structure itself. Perhaps the most well-known piece is The Unicorn Tapestries, which is comprised of seven Flemish tapestries depicting The Hunt of the Unicorn. These celebrated wallhangings are beautifully complex, but in the summer it may be fair to say that they are overshadowed by the several herb gardens that dot the museum grounds. Planted according to horticultural information found in medieval treatises, the gardens serve as enchanting spots to bask in the sun, away from the mugginess of Manhattan. The unparalleled views of the Hudson and beyond, afforded by the museum's hilltop location, are also worth mentioning. Rockefeller bought and donated several hundred acres of the New Jersey Palisades to ensure that the views across the Hudson would be preserved. The audio guide plays medieval music throughout the tour to set the proper ambiance, and there are also free guided tours available daily. Admission is pay-what-you-wish, with a suggested donation of $25, and includes same-day admission to the Met. This year's Medieval Festival is September 28th. Peaceful, slow paced, and beautiful, the Cloisters provide a welcome retreat from the hustle and bustle of Manhattan. 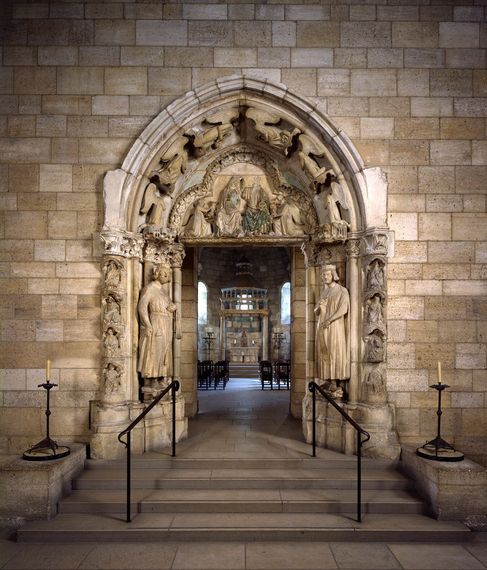