In the race to be all things to all business online, Microsoft Azure, Google Cloud Platform (GCP) and Amazon Web Services (AWS) are the biggest contenders. The next frontier is cloud computing, the race is heating up, and the winner is likely to be you.

It's true AWS has a significant head start in the race, but, Google and Microsoft aren't far behind. As of March 2016, Google's planning 12 new cloud data centers over 18 months. Google's definitely got the technology, power, and money to attract customers at the individual and enterprise level, but can Amazon and Microsoft keep up?

Let's take a closer look at each service and what they offer - then you decide who you think the winner will be. 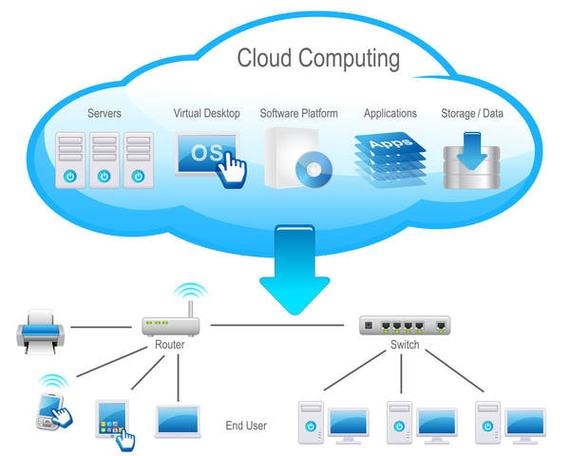 The AWS division made Amazon almost $8 billion in 2015, making it the top cloud service, ahead of Microsoft and Google, which according to Morgan Stanley, brought in only $500 million in the same time.

AWS's Elastic Compute Cloud (EC2) provides the core compute services, allowing users to create their own virtual machines (VM), with the freedom to choose the size, memory capacity, power, and number of machines. The EC2 platform also allows load balancing to ensure everything is distributed across the virtual machines for optimal performance.

When it comes to networking, Amazon offers Virtual Private Clouds (VPCs) to let users group their VMs into isolated networks within the cloud, to allow users to bridge data from your on-premise data center into the public cloud. AWS is the only one of the three to provide a DNS web service - Route 53.

To compete with EC2, Google introduced the Google Compute Engine (GCE) in 2012, and made it available to everyone in 22013. It mimics AWS EC2 in that users have the ability to create and customize virtual machines.

GCP offers both temporary and block storage (known as persistent disks), and also has as separate service known as Google Cloud Storage for object storage. It supports relational databases with the use of Google Cloud SQL, and any technologies Google started like Hadoop, Big Table, and Big Query are also supported.

Each GCE is on a single network, but it can receive a public IP address. It doesn't follow AWS in the sense that you can bridge your on-premise data to the public cloud.

In terms of competing with AWS and Google, Azure's compute service wasn't available to the general public until May 2013, but also allows users to create virtual machines, known as virtual hard disks (VHD), using pre-defined configurations from Microsoft or third parties, or allowing users to define their own.

Azure, on the other hand, uses a D drive for temporary storage, and Page Blobs for block storage options on their VMs. For object storage, Azure uses Files and Block Blobs. Azure supports Big Data, NoSQL databases, and relational databases with Windows Azure Table and HDInsight.

When it comes to networking, Azure is neck and neck with AWS, allowing users to network their VMs with the Virtual Network (VNET) and extend your on premise data to the public cloud.

Who Wins the Pricing War?

AWS charges based on the number of hours used, with a one-hour minimum. They offer three pricing models:

GCP charges based on the number of minutes used, with a 10-minute minimum. But, they also offer sustained use pricing that simplifies their approach and makes it more flexible, to compete with AWS's reserved pricing plan.

Azure charges customers based on the minutes used with an on-demand platform. Customers who are willing to make a short-term commitment can get discounts.

While it certainly appears AWS is the clear winner right now, as Google and Microsoft continue to grow those sectors of their business, we expect to see competition continue to heat up, with price cuts, special deals, and more to entice customers to make the switch. That's great for the market, but it's even better news for the industry. No matter who wins, the IT jobs market comes out on top. With the top competitors ramping up against each other, IT jobs are the hottest careers on the planet.