In late March 2014, I traveled to Sharjah in the United Arab Emirates to attend world's most elaborate oratorio about the story of Islam. This opening production, named the Clusters of Light, was created to help change the world's negative perceptions of Islam by presenting the core values of the religion which promote peace, justice, tolerance and love. The production was a huge undertaking, which included a cast of more than 200 actors, 400 animated lights, 21 state of the art projectors, 70 musicians from the German Film Orchestra Babelsberg and 350 people working behind the scenes. 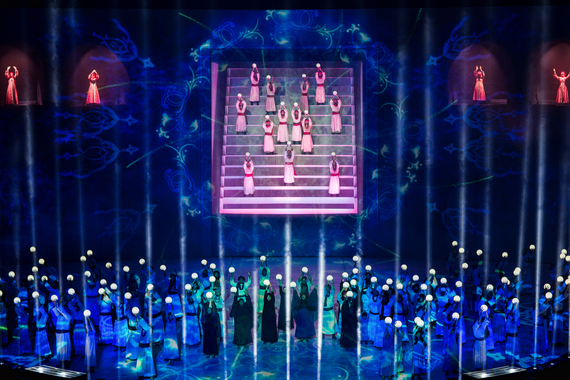 The Clusters of Light was produced to celebrate the emirate of Sharjah being named the cultural capital of the Islamic world for 2014. The ruler of Sharjah, His Highness Dr. Sheikh Sultan Bin Mohammed Al Qasimi, commissioned the elaborate 90-minute music and light show to tell the story of the Prophet Muhammad from birth until death. 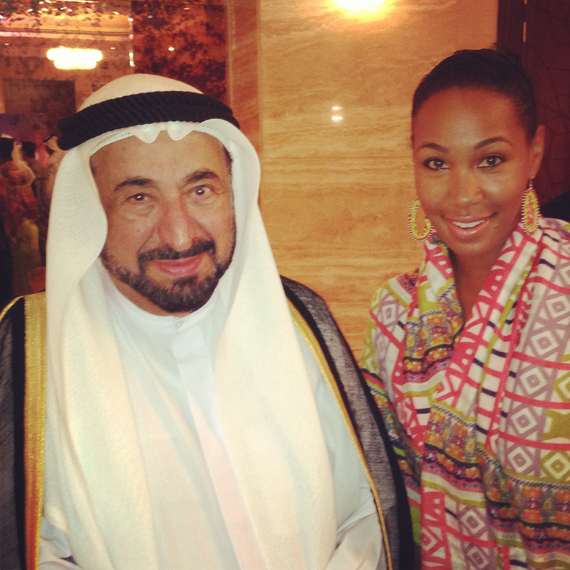 I talked to the Chairman of the Executive Committee for the Sharjah Capital of Islamic Culture, Sheikh Sultan Bin Ahmed Al Qasimi, who expressed the importance of showing the true meaning of Islam during these turbulent times in the region. His goal in conceptualizing the Clusters of Light was to share the principles of Islam and to show the world how Muslims can connect and communicate with everyone. To achieve this, he assembled an international production team from places including the United Kingdom, Germany and Australia, who came together to bring the story to life.

To pull off this world-class oratorio, the ruler of Sharjah had an open-air Roman style amphitheater built on the man-made Al Majaz Island. The construction of the 77-square-foot amphitheater accommodates up to 4,500 spectators and cost roughly $40 million dollars. 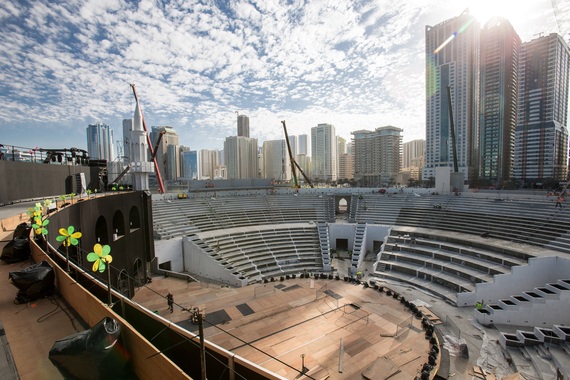 Sheikh Sultan Bin Ahmed Al Qasimi did not reveal the production budget of the Clusters of Light, but did tell me he had an unlimited budget from His Highness to spend as much as he needed to create a world class production that shows the true values of Islam which promote love, peace and tolerance.

Unlike a Christian play or movie where an actor would play the role of Jesus Christ, the biggest challenge for the producers of the Clusters of Light was tell the story of Prophet Mohammad without showing him in human form, which would go against Islamic convention. He is represented by lights and the show chronicles the pre-Islamic era, his birth, his journey to Mecca and the beginning of Islam. 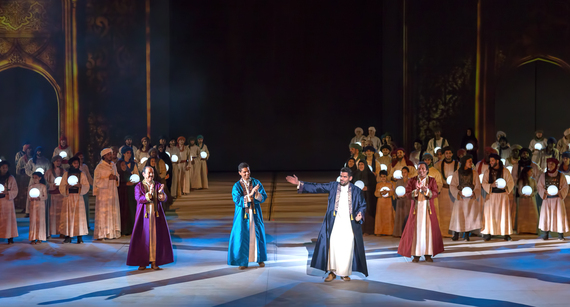 I asked Sheikh Sultan Bin Ahmed Al Qasimi how non-Arabic speakers should expect to understand the show and he states that it is 80 percent a visual production and the lyrics from the music are there to complete the show. He also mentioned that his goal is for people to walk away feeling like they understand the religion and will want to know more about the faith.

After the five opening performances in Sharjah, the Clusters of Light is going on the road. It will first expand to Arab countries in the region, then to Islamic countries, with possible expansion in Europe and the United States.