Who said only men can pray there? Leslie Sacks, director of "Women of the Wall" writes to Saloona about her feminist struggle in Israel

On Friday, the first day of the Jewish calendar month Sivan at 7:00am, the Western Wall plaza is packed with close to ten thousand people; yet only 300 actually came to pray.

Facing the wall on the right-hand side were about six thousand girls who had been transported in an organized fashion from Hebrew-learning centers and seminaries to fill the women's section and make sure there was no room left for the Women of the Wall. They were all dressed in light colors - white, blue, beige. The girls were quiet and it seemed that they had no idea as to the rationale behind their congregation, beyond the command to overcrowd the women's section.

Few prayed. Most of them looked at us in astonishment, the Women of the Wall, documenting the parade with their mobile phones. Surprisingly, even though we weren't able to pray, these same girls filled me with hope. I hoped that some of them may ask the wonderfully subversive question at the Sabbath table that same evening - "why not?" Perhaps some of them may be afraid to ask it aloud, but in their hearts the doubt will germinate.

On the left-hand side there was a violent, black mass of thousands of young ultra-Orthodox men spitting, blowing whistles, throwing water bottles, garbage bags and bombs that reeked; they pushed, cursed and threw stones. 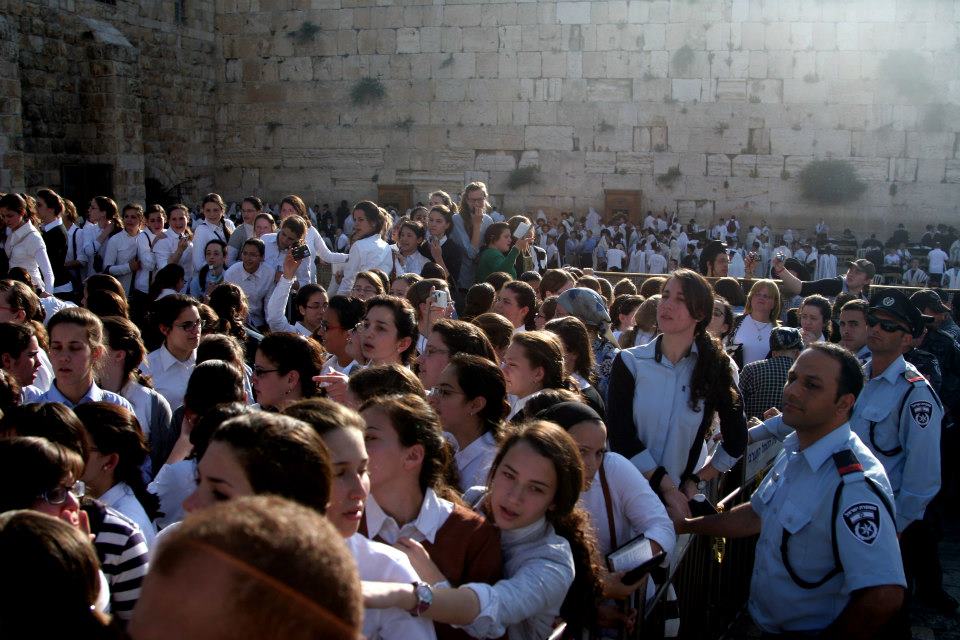 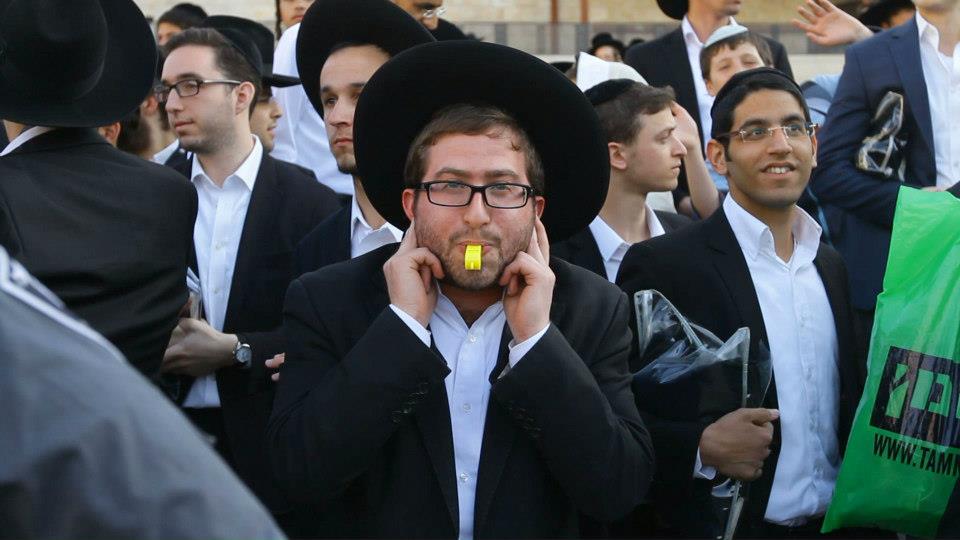 And in the middle, a group of about 300 women - us - whom have been rolling up to pray for the last 24 years, at the beginning of each Jewish calendar month. We're all dressed in bright colors, and specifically donning the red, purple blue and pink prayer shawl, the Women of the Wall prayer shawl that thousands of women worldwide don in solidarity with our struggle and in support of the right as women to wear it.

And around us, a ring of male and female police officers in blue, and an outer ring of border guards in green, try to stop the black masses from attacking the rainbow-colored prayer shawls. 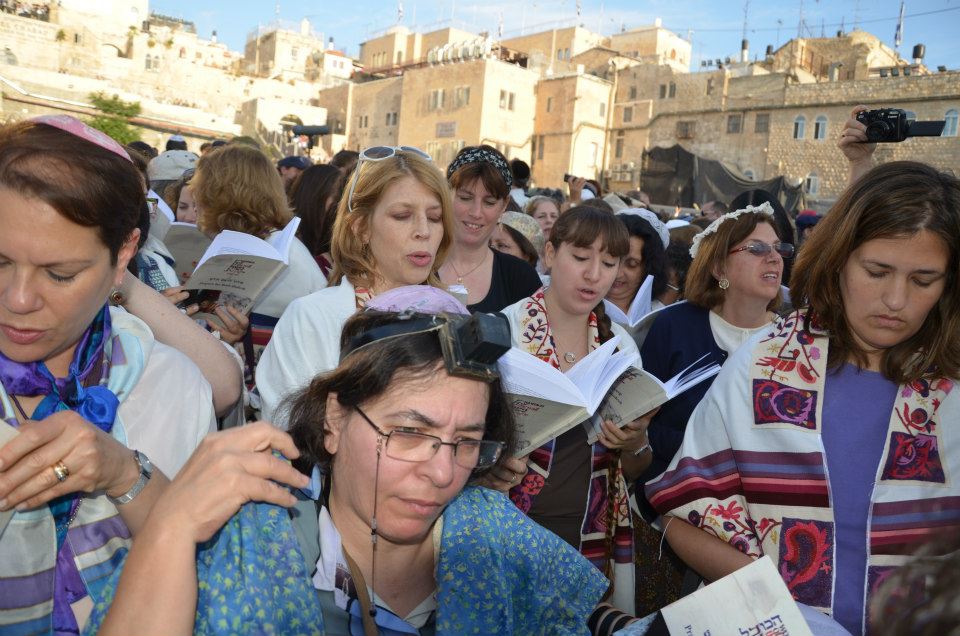 A serene white team, a thuggish and violent black team, and a colorful team reciting its prayers. More than anything else, this picture illustrates the "who" and "what" behind this confrontation. This is not a religious struggle but a struggle for territory and control.

The ultra-Orthodox have controlled the Western Wall since 1967 and conduct themselves as though this historical site is their sectorial synagogues - raising the partition between men and women, reducing the magnitude of the women's section, arranging a kosher passage for the men who wish not want to rub shoulders with women, precluding national ceremonies because heaven forbid men and women may stand together in the Western Wall plaza or women's singing may be heard.

Their politicians, who fan the flames, are now sitting in the opposition and so for them it is important to open as many fronts, and show their power at the Western Wall in order to frighten the other side, which speaks about equality, sharing the national burden and education in core subjects.

The religious Zionists come with flags but allow themselves to ignore that the Rabbi responsible for the Western Wall stands in opposition of placing a sign which notes that the Paratroopers liberated the site. The religious Zionists cannot give the ultra-Orthodox the feeling that they are less religious heaven forbid, and that the synagogue is long gone as the essence of the Zionist symbol. Their politicians have more important fronts than the Western Wall, and the appointment of Rabbi Stav is one such example. So they talk about legislation that limits the prayers of the Women of the Wall in the same week that the Attorney General determines women's exclusion as a criminal offense.

The Israeli liberal movements gave up on the Western Wall; the Conservatives went to pray at the pile of stones of an archaeological site and the Reformists decided to engage in other important struggles such as freedom of marriage, burial and more.

Secularists, who also gave up on the Western Wall, come for a visit with a relative from abroad or attend a bar mitzvah. So everyone enters the separate gates for men and women, which were established at the expense of their tax deposits, and then women stand on plastic chairs and with the help of other women, endeavor to view their own celebrations. Yet they are clearly not partners in the celebration with a two-meter partition dividing them.

And we the Women of the Wall, celebrated our first Bat Mitzvah of a girl who has been coming to pray with us for months, at the beginning of every Jewish calendar month and on Fridays; excitedly we carried her on our shoulders just as we have carried the women on our shoulders whom have struggled daily for our right to vote and be elected, to work and earn a living, learn to play sport and more. 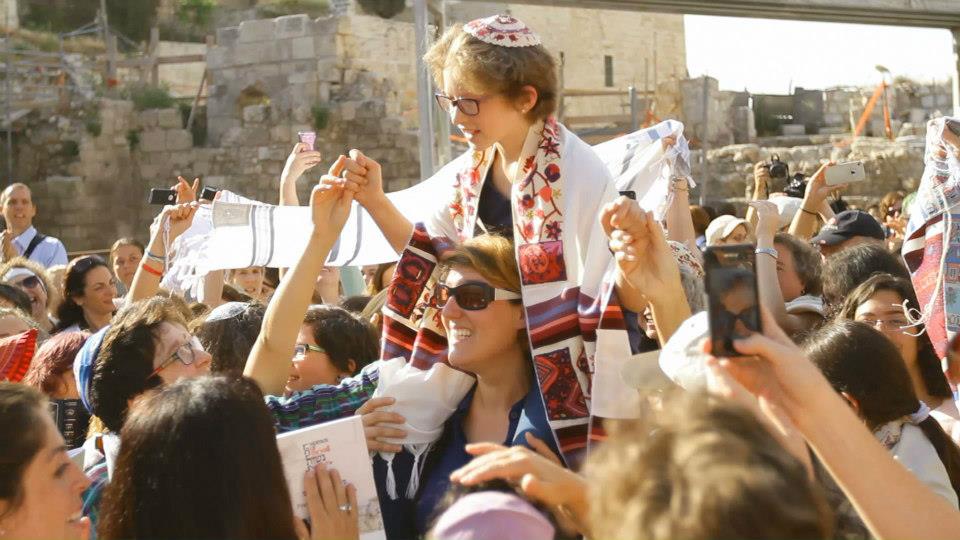 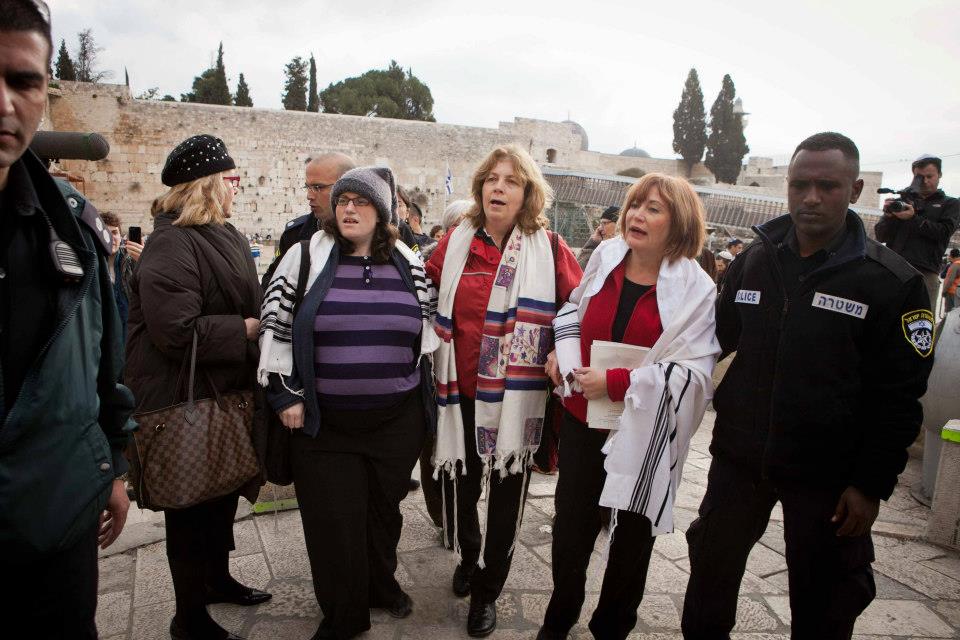 (In the photo, the women of the wall activists being arrested for praying)