When Broadway composers aren't writing musicals, they're still composing. They write music for plays, film scores, and symphonies. They also write choral music, and this Wednesday the chorus I sing with, Essential Voices USA, will showcase the choral work of legendary Broadway composers and lyricists such as Sheldon Harnick (Fiddler on the Roof), Stephen Schwartz (Wicked), and Maury Yeston (Nine) in their concert, "Beyond Broadway: Composers Go Choral."

Essential Voices USA director Judith Clurman conceived the evening as part of her The Composer Speaks series, which brings the composers on stage as their pieces are being performed. "The Composer Speaks enables us to perform and discuss a piece," Clurman said. "We might have a chance to perform an entire piece twice. We can even discuss one measure." Television and radio host Midge Woolsey will moderate the evening at the DiMenna Center for Classical Music in New York City.

The concert came together through Clurman's relationships with the composers involved, some going back many years. Harnick, Schwartz, Yeston, Richard Maltby and David Shire (Closer than Ever), Andrew Lippa (The Addams Family), Josh Schmidt (The Adding Machine), Stephen Flaherty (Ragtime), Broadway orchestrators Larry Hochman and Jonathan Tunick, Georgia Stitt, and the late Marvin Hamlisch (A Chorus Line) contributed work for the concert. Nearly all will be in attendance.

Judith Clurman and the artists involved in the concert

These writers have made their names in musical theater, but they value the opportunity to compose and be recognized for their choral music. "In choral music you can stop and smell the words for a while and you can repeat phrases, tumble over a sentence, and musically spin out something that interests you," Lippa said in a phone interview. "Choral music relieves me of the burden of constant narrative."

Lippa's choral piece, "I Believe in Democracy," comes from "Sing Out Mr. President," a song cycle using the words of presidential speeches which Clurman commissioned from various composers. Two other pieces in the program come from that cycle: "Opinion is Power" by Hochman and "With Hope and Virtue" by Stitt.

Stitt also enjoys the freedom of choral writing. "In pure choral music I enjoy playing with sonic ideas, lingering on vowels, repeating words just because they sound good," she said. "I've never been able to pull that off in theater music because the audience is waiting for something else to happen."

Clurman likes to see this different, sometimes more serious side of the composers. "It has been fun for me to tap into the classical side of a Marvin Hamlisch or Josh Schmidt or Andrew Lippa," she said. "I believe each composer can write in varied styles. Most people do not ask them to write for a group of people."

The concert will be a rare chance to hear Hamlisch's choral work. His piece, "Music," is taken from the writings of Emerson, one of his favorite authors. "He connected to a world of self-reflection," his widow Terre Blair said. "He heard music in it, the musicality of transcending oneself to something beyond."

The composers attending are game for this workshop and concert format. "It's always fun to hear something that you have only heard in your head as you were writing it," Shire said in a phone interview. "There's nothing like real voices."

Yeston looks forward to the conversation accompanying the performance. "I love to hear what people's reactions are," he said by phone. "To me, the thrill of having someone perform something of mine is that they always find something new in it that I did not know was there." Yeston's piece, "And He's Allowed Me" from American Cantata, is taken from the words of Martin Luther King, Jr.'s famous last speech and was originally performed on the steps of the Lincoln Memorial with 2,000 singers.

The audience will discover more about the composers and lyricists' processes, which are not always apparent when listening to music. "A song is intended to sound like it didn't come with any work at all," Maltby, a lyricist, said during a phone call. "The melody was always there, the words just followed. Of course there is enormous effort and a lot of other ideas were tried and rejected on the way to this idea."

Clurman added, "The most amazing thing for me is that The Composer Speaks format makes people aware that the composers and/or lyricists sitting in the room with them have created this music." 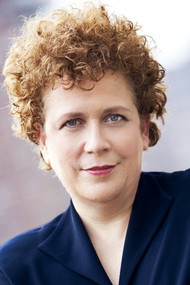 The program includes world premieres (Hamlisch's "Music"), New York premieres (Hochman's "Meditation" and Schmidt's "Thirteen Ways of Looking at a Blackbird"), as well as work previously performed by and arranged specifically for the chorus. Stephen Flaherty arranged his piece "Make Them Hear You," a solo song in his musical Ragtime, for male voices. "Judith [Clurman] wanted to focus on a simple and direct arrangement for male choir that featured unison singing," Flaherty said in an email. "The statement of the song is strong and direct and we wanted the arrangement to reflect that."

Maltby and Shire originally wrote "Travel," a song from their 1976 revue Starting Here, Starting Now that is also a new arrangement for the chorus, for a show based on the novel The River about an English family in India. The show was never produced, but the song survived. "I have to write for a character, whether that character is in the story or not, it has to be a character," Maltby explained. 'Travel' is a song sung by a father to entertain the children but it is also the theme of the entire show, which is about movement and what constitutes home."

While some composers like to write for a character, others enjoy the freedom of writing from themselves. "When a song involves personal feelings it's easier to write," Harnick, a lyricist, said. "When you have to write a song for a character who's remote for your personality and you have to invent, that's hard." Harnick wrote the lyrics for "Reason to be Thankful" with Hochman.

The composers are thankful to have the opportunity to contribute to the choral music cannon and work with Clurman and Essential Voices USA. "[Clurman] is one of the premier virtuosi of choral music in our time," Yeston said. "It's not only her excellence and her discipline and her superb musicality, it's also the encyclopedic breadth of her knowledge and understanding of so many different kinds of choral music."

"There are less of these kinds of concerts happening," Hochman added. "There are church choirs. We have our big orchestras and our opera and the ballet. But I don't see much of the regular choral concerts. The answer shouldn't be going to see the 'Messiah' at Christmas every year and that's it. It's such a small part of the picture. [Clurman] is helping to fill a big void."