We can't wait to show you our first conscious interview of the year!
And this month we have had the pleasure of speaking with and getting to know Nick Diggins! 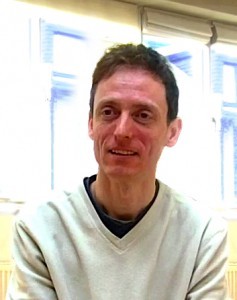 Now over to Nick, we hope you enjoy!

Well in the truest sense of that word I believe that home is what we feel when we return from our alienation from ourselves. That is, when we let go of the critical judgments, expectations and limiting self-views that have come to define who we think we are, there can be a real homecoming.

It isn't a return to some place which is always neat and cosy. It might include any kind of experience, emotion or state of mind. But when that is met with the full force of a willingness to open directly to life, just as it is, there can be a 'falling away' of the sense of 'dividedness' and incompleteness that we so often feel, and that can leaves us feeling lonely, threatened and isolated, and instead there can be a return to a feeling of connection and authenticity.

When did you first come across mindfulness / meditation?

I was experiencing a lot of distress in my life at that time and couldn't settle during practice so I dropped out of practicing meditation for some time after that. I also found that the Buddhist teachings (particularly on impermanence) resonated rather more deeply than I was ready for and I entered a major life crisis feeling that nothing was stable in my world.

I recovered some sense of inner steadiness after some months and for the next few years dipped in and out involvement with the meditation classes and eventually learned the broader practice mindfully attending to whatever is arising moment by moment. I found reading Thich Nhat Hahn's books gave me a deeper understanding of what it means to be mindful than the narrow goal of getting into concentrated states of mind in meditation. From 1995 onwards I attended meditation classes weekly and gradually built up my own daily practice.

Describe one practice you do everyday to keep calm and centred?

I sit for 30-40 minutes. I start by primarily focusing on body sensations using the breath in order to get settled and then I feel my way into spacious awareness - noticing whatever is arising moment by moment.

I have been practicing a long time (more than 20 years) and I studied quite a lot of teachings (Dzogchen, Mahamudra and Advaita) which emphasise recognizing the 'primordial awareness' in which all phenomena arise and pass (and which all phenomena are essentially 'comprised of') - so my mindfulness practice naturally leans in that direction: towards recognising the openness, spaciousness and clarity which underlie all phenomena. So my own practice is quite strongly influenced by those teachings although when I teach meditation I teach only mindfulness practice - a particular quality of attentiveness to sensations, thoughts, emotions and the world around us - as I feel this is the safest and most appropriate and helpful practice for most people.

How can the business world benefit from mindfulness?

There are a wide range of benefits that have already been identified from mindfulness practice with regard to work and work settings. These include: reduced stress and an ability to stay within the zone of positive stress rather than negative stress; enhanced emotional intelligence and ability to communicate successfully with work colleagues; and an increase in strategic thinking, well-being, productivity, decision-making, creativity and resilience.

What does 'digital wellbeing' mean to you?

Well I imagine that it would be referring to the possibility that modern technology can be in the service of wellbeing and enrichment rather than depletion and increased stress. I can certainly see ways in which digital technology enhances my own wellbeing - in terms of increased access to sources of nourishment and inspiration, and also a medium for communication and connection.

Do you think technology will increase or decrease wellbeing?

I think technology has already done both and will continue to do both. There is a danger that the 'information age' will further alienate us from our direct experience - it's shocking to see how many young people live behind computer screens rather than talking to each other or playing with a ball. But equally the global interest in the promotion of wellbeing wouldn't be possible (on the scale it is happening) without technology. Most of the people who book on my mindfulness courses do so because they have found my website.

If I were to give an honest and serious answer to that it would have to be a recapitulation of 'pointing out' instructions from various spiritual traditions I've been inspired by which could be presented something like this:

"Look to see that what you always already are, underneath all confusion and misconception, is the open loving space of awareness in which everything arises and passes. When you recognize this you will rediscover that your true nature already is love, creativity, energy and potency and that that true nature has simply been temporarily covered over by the relentless drive to try to fix, improve or embellish yourself".

What is your favourite quote?

Years ago I saw the spokesperson for the Shaolin (Kuyng Fu) monks interviewed on the news. He was asked about their Kung Fu fighting skills as I recall and their training and he said:

If you could be anywhere in the world right now, where would it be?

Hey it would be right here - zero distance from this very moment, experienced directly without presuppositions, assumptions or judgments. THIS is where real life is!!!