Why are we so afraid to let our kids play outside, when we know that such activity is vital for their physical and mental health? Our fears are so extreme that in a few cases, parents have been arrested for allowing their children to play outside unattended. My mother would have been sent to jail on an almost daily basis. 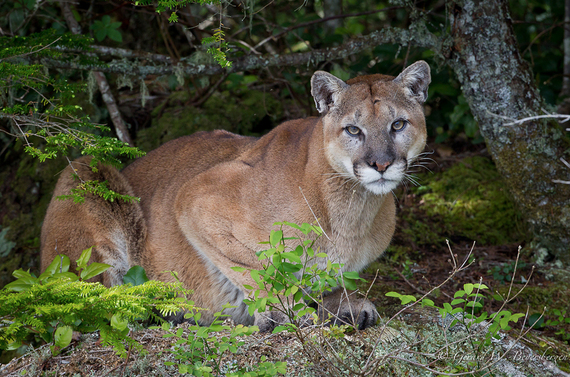 Until recently, it was common for kids to come home from school, grab a snack, and head outside to play in the neighborhood. This was true for me growing up in suburban Minneapolis, and also for my parents who grew up in L.A. and Detroit. Even in the nation's city of cities -- New York -- children once played in the streets after school. There were games like stickball, hopscotch, and a wild version of tag called Ringoleavio. Author Bill Bryson jests about parenting styles from his childhood: "I knew kids who were pushed out the door at 8 in the morning, and not allowed back until 5 unless they were on fire or actively bleeding."

I believe this dramatic change in parenting stems from fears of what I've dubbed the Three A's -- Animals, Abduction, and Accidents. But our fears greatly exaggerate the risk of playing outside, and have the unattended side effect of increasing the chances of our kids developing serious health threats. Consider the facts:

Animal Attacks: As their natural territories shrink, top predators are living closer to our urban centers (not far from my home, cougars have been found in Seattle city parks). But in all of North America, we can expect fewer than three people to die each year due to bears, cougars, coyotes, and wolves -- combined. Some researchers believe that our fear of these animals is innate, dating back to prehistoric times, when humans fell prey to bear-sized hyenas and saber-tooth cats. Today, however, the chances are miniscule of meeting our demise at the paws or teeth of a large carnivore.

Abduction: The U.S. experiences about 115 "stereotypical kidnappings" annually -- involving someone the child doesn't know, and in which the child is held at least overnight, transported a distance, and killed or ransomed. This is truly scary stuff. At the same time, such kidnappings are incredibly rare... only a little more common than getting struck by lightning.

Advertisement
Accidents
: Each year, the U.S. can expect to see the following number of "outdoor" deaths:

Adding up all these statistics, we can predict slightly over 10,000 outdoor deaths this year. This is a small portion of the 2.5 million people who die annually in the U.S. -- over half of them from heart disease, cancer, and diabetes alone. If your chances of dying outside measured four blocks long, your chances of dying from these three illnesses would be longer than running a marathon! And active outdoor time has been repeatedly documented to reduce our chances of getting all three of these deadly diseases. We are exchanging a small amount of risk for more certain health threats caused by a sedentary lifestyle.

Our neighborhoods have additional threats to children's safety, including gang violence, poor air quality, and lack of access to green spaces. These are complex issues that can't be solved by simply encouraging parents to send their kids outside. We have tough work to do such as monitoring parks, passing legislation to clean the air, and demanding quality urban planning. However, if we don't begin to address some of our most basic fears of getting kids outside (the 3 A's), we are unlikely to successfully tackle these more difficult obstacles.

Much of our fears stem from 24/7 access to sensationalist headlines. We are barraged by stories of polar bear attacks, kidnappings, and playground deaths. When you combine the abundance of scary news flashes with the psychological phenomena known as the "recency effect" (we remember best what we saw most recently), it is no wonder that we are afraid to let our kids run around outside.

As a father, I want to protect my kids but my answer can't be keeping them indoors away from harm. Instead, I am focusing my energy on helping them be safer outside. I want my children to be crystal clear on what to do when encountering strangers, wildlife, and dangerous plants. I'm teaching them how to avoid street traffic, and how to properly wear helmets and life vests. By encouraging them to play safely outside, I'm protecting them from a host of much bigger risks -- and they're having a lot more fun too.

More:
Parenting kidnappingBearsChildrenParents
Newsletter Sign Up
Raise the kind of person you'd like to know
Subscribe to our parenting newsletter.
Successfully Subscribed!
Realness delivered to your inbox