While ocean conservationists may be breathing a bit easier since last month's decision by the International Whaling Commission (IWC) to uphold the 24-year-old ban on commercial whaling in Agadir, Morocco, another monumental "win" for the cetacean family came this past weekend in movie theaters throughout Tokyo. After several months of delays and protests by radical nationalist groups, the long-awaited release of the Oscar award winning film, The Cove, premiered in six sold out cinemas across the Japanese capital on Saturday. Another 18 theaters are set to begin screening the controversial film that exposes the slaughters that claim the lives of over 20,000 dolphins and porpoises off the coastal waters of Japan each year.

The film, directed by Oceanic Preservation Society (OPS) founder, Louis Psihoyos tells the gripping story of former Flipper trainer turned Dolphin Warrior, Ric O'Barry's relentless 30-year personal mission to shut down the notorious killing cove forever. Resembling more of a special operations task force than a documentary film team, the OPS crew risked certain arrest and personal danger throughout their covert missions to acquire the footage necessary to reveal the truth behind what O'Barry refers to in the opening scene as "a small town with a big secret." 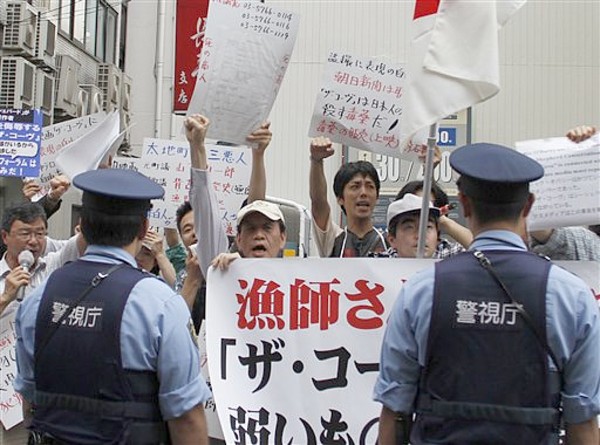 Psihoyos took the time to explain to me the significance of the film's screening within Japan via e-mail from Polynesia where he and his team are already engaged in their next ocean conservation related film project. He writes,

"Two years ago people said The Cove would never be seen in Japan. Now, it is selling out theaters there and nearly everyone there seems to know about the film. I'm hopeful that once people in Japan see the movie they will understand that it is not just a movie about saving dolphins but also humans, because all dolphin meat is toxic from what we humans are dumping into the oceans." While the film continues to come under attack from critics within Japan as being a one sided account of the issue as seen through the lens of western bias, Psihoyos is quick to also point out, "This is not just a Japanese problem but a worldwide problem. The bigger issue is that we humans are poisoning the oceans not only for the wild, but for ourselves and future generations."

The film, which covers in depth the topic of mercury contamination, was instrumental in influencing the removal of dolphin meat from the government sanctioned school lunch program that was serving up the toxic cetaceans to Japanese youth. Ric O'Barry also spoke candidly to me this week via Skype and e-mail, stating that,

"My hope is to get The Cove in front of the 126 million people who have not seen the movie and thus have no clue what is going on. Getting the movie shown inside Japan will move some of the viewers into action. At least the consumers of dolphin meat will stop buying the mercury tainted product." 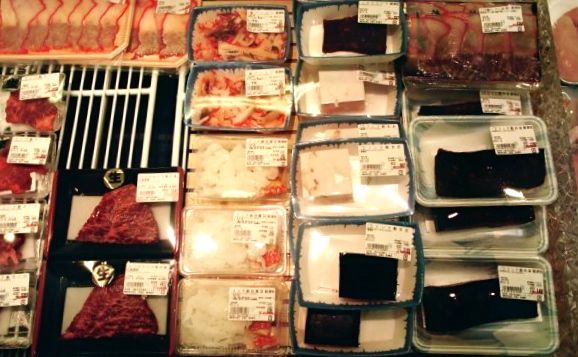 Three theaters canceled planned screenings last month after several protests and an aggressive telephone campaign was launched against them by groups claiming that the film is anti-Japanese and does not tell the whole story. The Directors Guild of Japan urged theaters not to stop showing the film and in a recent statement to the Associated Press explained, "Such moves would limit opportunities to express thoughts and beliefs, which are the core of democracy." After numerous demonstrations at their offices, the movie's Japanese distributor, Unplugged Inc., and Medallion, obtained court orders to keep the angry protesters, including several fisherman, at bay; no pun intended.

"It took very brave distributors in Japan who dared to show the film despite protest from some very violent right wing demonstrators. Riot police were called in several times to protect the distributors, their families and theater venues. When a few theaters withdrew showing the film in Japan it set off a huge discussion about free speech."

O'Barry, who recently returned from Japan, where he conducted more than 60 interviews for major news outlets, reiterated that,

"the last press conference was attended by more than 100 journalists. The right wing militant protesters efforts have back-fired on them. It's now become a huge issue about freedom of speech and freedom of expression."

While fisherman and supporters of the annual hunts are quick to play the "cultural tradition" card to defend their stance, the majority of Japanese do not consume dolphin meat, nor are they even aware that these hidden killings in small coastal towns such as Taiji occur in the first place, due to a widespread media block out of the hunts, as revealed in the film. To that end, Psihoyos added,

"The press in Japan tries to condemn us for not caring about the tradition of the dolphin hunters. I respond that I care much more about the health of their neighbors' children that they are poisoning than how a few people make their living."

The IWC, the only regulatory body for whaling in the world, has come under fire in the press recently by several ocean conservationists for its lack of enforcement by turning a blind eye to Japan's continue hunting in the southern oceans under the blatantly false guise of scientific research. Furthermore, the IWC fails to even recognize smaller cetaceans under the moratorium on commercial whaling as Japan and a handful of other nations refuse to accept the IWC jurisdiction over small cetaceans such as dolphins and porpoises.

added the veteran activist who has been banned from attending the annual meeting after storming the 2006 delegate session with a television screen attached to his chest projecting the bloody, so called new and improved "humane" killing techniques, as depicted in one of the final momentous scenes of the film.

While Psihoyos concurred that,

"The IWC should take responsibility for not just commercially hunted large cetaceans but all of them because they are the only body in the world that can," he took it one step further by suggesting, "It's not just commercial hunting that is wiping out cetaceans now -- it's also noise pollution, habitat destruction, residual bycatch and acidification that are jeopardizing all species. There is a five alarm disaster going on for all ocean life, from plankton to Blue whales and while a few greedy countries are trying to divvy up the spoils of the last commercial species we are destroying the whole ocean environment for them and us forever. We pride ourselves on being a large brained species apart from the other animals but yet we do what no wild animal will do -- we foul our own nest."

While the abolishment of dolphin slaughters may not happen overnight, this is certainly not the last that we have seen or heard from Psihoyos, who was recently quoted telling a crowd that he was "not just filming a movie, but rather starting a movement." With a hint of humble satisfaction, he shared that,

"The biggest benefit of The Cove may be that it opened up the doors for other points of view that could not be heard up until now. In that way, the film is already a great success. Of course, I would love to see The Cove shut down as well, but that cannot be done by us or a film, it must be done by the Japanese people."

Just as he has done for over three decades, one can also be certain to find real deal eco-warrior, Ric O'Barry, in close vicinity to the place that he is determined to see shut down in his lifetime come early September. Only this year he is adding a twist to his annual visit, "We are hoping that hundreds of concerned citizens will show up in Taiji on September 1, which is opening day of the annual dolphin slaughter in Taiji."

More details of the event will be posted on the Save Japan Dolphins website soon: savejapandolphins.com/.

For more info on the film and to view the trailor, please visit: thecovemovie.com.