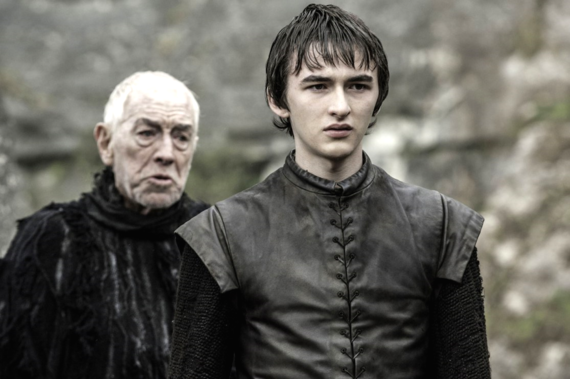 The results of our Game of Thrones "dead character" bracket were clear: the world craves the return of Ned Stark, father of Westeros' most noble denizens, taken too soon in Season 1. Hell, even actor Sean Bean is down for a comeback.

"It would be bizarre, but it would be great!" Bean told Vulture in 2014. "I've definitely got some unfinished business that needs to be resolved there. I'm obviously not Jon Snow's dad. And you need that to be revealed at some point, don't you?"

Yes, Sean Bean, you do. And thanks to a tiny moment in last week's third episode, "Oathbreaker," Game of Thrones plot logic may actually provide a way. 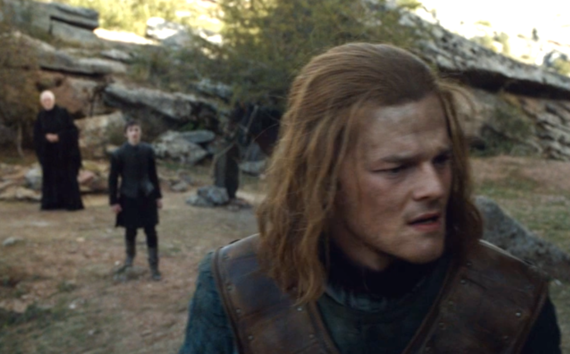 Game of Thrones obsessives clutched their couches in anticipation of such a reveal when Bran flashed back to a young version of his father warding off Ser Arthur Dayne and Lord Commander Gerold Hightower outside the "Tower of Joy." Ned's "heroic" victory at the Tower was a Stark dinner-table staple, and a moment fans were pining to see. As the fan-fictionalized story goes, Ned would run up the tower stairs to find his sister, Lyanna, dying and clinging to a baby. The father? Probably Rhaegar Targaryen. The boy? Jon Snow -- a bastard Ned would claim as his own.

That didn't happen. Instead, creators/episode writers D.B. Weiss and David Benioff cut the scene short. Before Bran peeks upstairs, the Three-Eyed Raven yanks him out of the vision. The pacing decision opened the door for another revelation: the psychic lad, with enough force, can push through the vision barrier into reality. Before reverting back to his physical self, Bran screams out to his father... and Ned hears him.

Bran's been on an ill-defined path since falling out a window all those years ago. Though tied to Westeros' mystical spine, his multi-season trek to the Weirwood tree felt auxiliary, an excuse for a few more Hodor GIFs. Even us Jojen fans -- yes, we exist, and we have a Facebook group -- wondered if Bran and his merry band of believers were anything more than living Wiki pages for Game of Thrones' magical aspects. Bran learns the rules of warging so we can imagine how other characters might use the power. His "greensight," a telepathic looking glass to the past, serves to foreshadow the future and dredge up secrets from the past (Hodor!). The shortest distance between two plot points is Bran's magic. 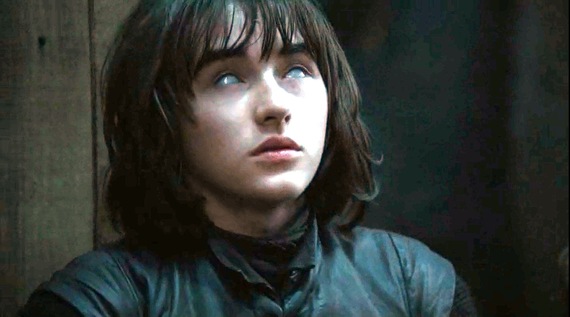 "Oathbreaker" ups the ante. Not only can Bran sift through Robert's Rebellion for clues, his voice can bellow through the fabric of spacetime. The moment deserves a flag whether greensight visions are constructs projected from the Weirwood tree network's downloaded memory -- who will pull an Edward Snowden on the Children of the Forest? -- or literal breaches of dimensions, akin to Matthew McConaughey's black hole experience in Interstellar. Whatever is actually going on is some nerd-ass shit -- and it has implications. Chekhov's time travel device sits atop the Game of Thrones table.

"But Game of Thrones is a fantasy show!" As if George R.R. Martin gives a hoot. When the author's story "Portraits of His Children" won a Nebula award in 1986, fans debated over the validity of a win. Was it a fantasy story or a tale of madness with swords? Martin would later write, "Stories of the human heart in conflict with itself transcend time, place, and setting. So long as love and honor and pity and pride and compassion and sacrifice are present, it matters not a whit whether that tall, lean stranger has a proton pistol or a six-shooter in his hand. Or a sword ... Fantasy? Science fiction? Horror? I say it's a story, and I say the hell with it."

If Weiss and Benioff share the sentiment, a science fiction concept like time travel could sit comfortably next to fire-breathing dragons and Lord of Light-enabled resurrections. Who knows, maybe that insane theory that Game of Thrones takes place in a postapocalyptic world ravaged by nuclear winter could be true. Martin's background in sci-fi, and his penchant for genre-bending, makes Bran's subtle discovery all the more interesting. And Martin isn't one to shy away from picking apart his older material and reassembling it as something new. "Oathbreaker" isn't the first time a Martin character traveled through time to whisper in someone's ear.

To find out the rest of this potentially mind-blowing (and show-altering) theory, get the full story at Thrillist.com!

What 'Game of Thrones' Actors Did After Their Characters Died