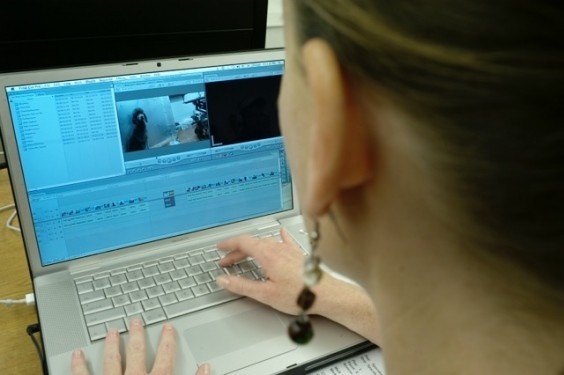 As simple as word processing

We live in an entirely new world now.

One that has never existed before at any time in human history.

Today, we live in a world dominated by screens. The average American and European now spends an astonishing 8.5 hours a day staring at screens.

And all of those screens need content. Lots of content. And most of that content is going to be in video. That's what screens do best.

No generation of human beings has ever done this -- spent so much time staring at screens. It's an entirely new phenomenon in the human experience. And one for which we are singularly unprepared.

When the printing press was invented in 1452, it took us from an oral culture to one of the printed word. Prior to the printing press, most human beings rarely, if ever, saw a book. The only book they might see would be the one hand-written bible in their church. But they certainly would never have been allowed to touch it -- or read it. And most could not do that, as only a tiny percentage of the population was even literate.

But it quickly became clear that a world suddenly dominated by the printed word would need to be print literate as well -- to know how to read and write with ease.

Today, it is rare indeed to find anyone who is not 'print literate'. That doesn't mean that everyone is a 'writer'. Far from it. But it does mean that there is a natural expectation that anyone and everyone knows how to read and write. We learn it at school. It is a given.

That was fine for a world dominated by paper. But now, for the first time in our history, we are living in a world dominated by screens. So it now becomes essential -- NOT just for 'filmmakers', but for ANYONE who wants to communicate their ideas (or sell their products) or just participate in the world that is coming -- for everyone to become what we would call VIDEO LITERATE.

Video is a language.

It is a way that we communicate ideas with one another. And, rather remarkably, it often transcends language and cultural barriers in a way that books and writing don't. So the notion of video literacy is appealing for many reasons. But being video literate is more than just picking up a camera, pointing it a something and pushing the record button.

As with the world of print, there is a world of sophistication (and rules) to telling stories in video. These are not hard to learn, but as with any language, it takes a bit of work and then a bit of practice. It used to be that owning a video camera was a bit of an anomaly. If you did own one, it was that thing that you pulled out of the closet for birthdays and trips.

Now, every smart phone (and there are more than 2 billion of them in the world) is a video camera. It is a pencil and paper, with a world-wide audience. But you have to learn how to 'write' with it, if you want to get your ideas across.