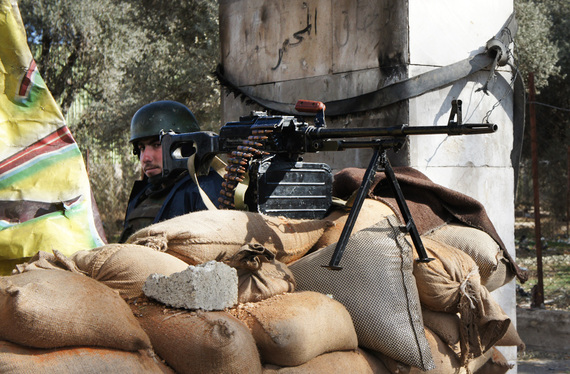 The battlefield in Syria is getting increasingly crowded. The United States and its coalition partners, as well as Russia, are conducting air operations over Syria. In addition, the Syrian Air Force is conducting its own air campaign in support of its ground forces. Separate ground campaigns are under way by Kurdish forces in northern Syria, the Free Syrian Army and the Syrian military. In addition, a broad-range of jihadist groups are conducting a varfiety of attacks in Syria against each other, Islamic State forces and the Syrian military.

U.S. Special Forces are now operating in Syria both in support of the Free Syrian Army as well as independently. These various operations, not all of which have been directed against Islamic State forces in Syria, have made significant progress in rolling back the territory controlled by IS and have continued to degrade the Islamic State's fighting capabilities. This already crowded battlefield could be about to get even more crowded amid signs that Turkish military forces may be getting ready to intervene in Syria.

In northern Syria, along the border with Turkey, Kurdish YPG forces are continuing their advance west of the Euphrates River. Operating under the banner of the Syrian Democratic Forces, a loose coalition of Kurdish, Arab, Assyrian, Armenian and Turkoman militias, they have taken control of the Tishreen Dam and all of the remainng bridges over the Euphrates. They are continuing their advance on Jarabalus, on the west bank of the Euphrates, and have advanced to the southeast, taking control of the village of al-Hawl, and are now only 18 miles from the Islamic State capital of Raqqa.

That city is now cut off from access to the Turkish border and is largely cut off from receiving reinforcements from IS forces in Aleppo province. Combined with the Kurdish Peshmerga forces seizure of Tal Afar and cutting the road network connecting Mosul and Raqqa, the Islamic State is at risk of being chopped up into three separate segments.

In the south and southwest, primarily in Dara'a and Quneitra provinces, military forces of the Southern Front, a coalition of 58 different rebel groups affiliated with the Free Syrian Army, have come under a sustained attack by Syrian military forces supported by Russian air power. The rebel groups include a variety of Islamist groups including the al Qaeda affiliated Jabhat Al-Nusrah Group. Their principal target is the town of Sheikh Miskeen. The town lies astride the Damascus to Dara'a highway and is an essential base for any military operation to recapture the rebel held areas of western Dara'a province. 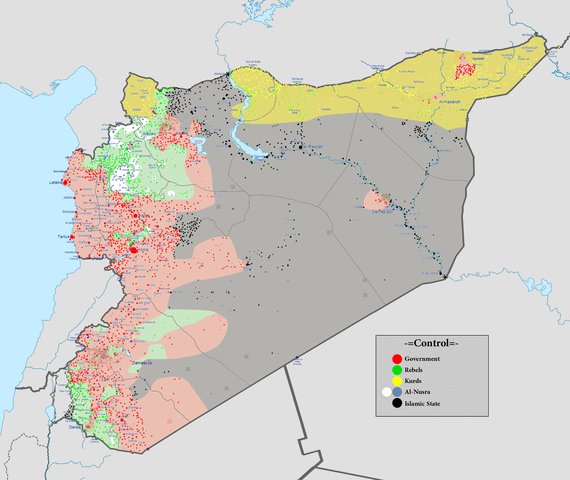 While in the northwest, in Latakia province, a second Syrian drive succeeded in seizing the strategic town of Salma from Free Syrian Army forces. This region's population is a combination of Alawite, traditionally loyal to the Assad regime, and Turkomans with long standing ties to Turkey. The victory is the most significant for Syrian forces since the Russian intervention in September and is critical to Damascus's defense of the core Alawite area of Syria. These two areas represent the key territories controlled by the Free Syrian Army.

In the meantime, Islamic State militants are coming under continuing attack by various rebel groups in Syria. The United States and its coalition partners have also stepped up the frequency of attacks. It appears that, at least unofficially, the previous rules of engagement under which U.S. forces were operating have been relaxed somewhat. U.S. air forces have targeted IS tanker trucks carrying oil intended for smuggling into Turkey. They have also hit a range of high profile targets, including banking facilities in Mosul where Islamic State funds were being kept. Two air attacks on IS banks, one on January 10 and the second on January 19 are believed to have resulted in the destruction of between 100 million and 150 million dollars of American currency held by IS.

U.S. Special Forces are also now engaged directly against Islamic State targets although the extent of their involvement remains undisclosed. Significantly, numerous reports from Syria claim that the Islamic State has halved the salary it pays to its militants. This development is significant since one of the consistent advantages that IS has enjoyed in recruiting militants has been its ability to offer higher pay, sometimes twice as much, as what was being offered by rival Islamist organizations.

Amidst these multi-pronged, often overlapping and sometimes directly clashing campaigns, there has been mounting evidence that Turkish military forces may be readying a ground offensive into Syria. It appears that the primary Turkish objective is to seize the territory between Jarabalus and Afrin to forestall the further westward expansion of the YPG and the creation of a "Kurdish Corridor" from the frontier with Iraq to the Mediterranean along the Turkish-Syrian border. Syrian Kurds have already declared this region the independent Kurdish state of Rojava (Eastern Kurdistan). The Turkish operation would have the added benefit of clearing IS forces along the last stretch of Turkish border that they still have access to. 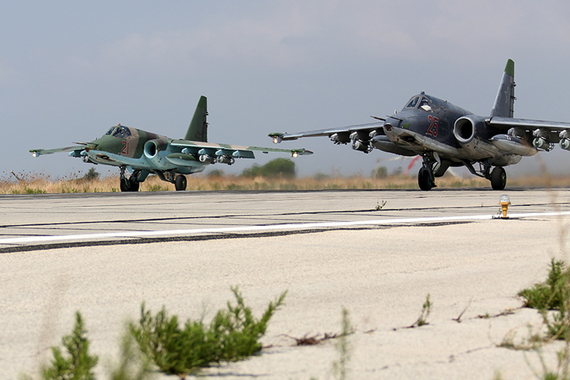 Turkish mine sweeping vehicles have been clearing minefields along the Turkish-Syrian borders. Such operations are usually a reliable indication that a ground intervention is imminent. In addition, the area has been subject to sustained artillery barrages by Turkish forces along the border. There have also been numerous reports that limited Turkish interventions in the area around Jarabalus have already occurred. Significantly, it appears that Turkish aircraft have been absent over Syria since Turkey downed a Soviet SU-24 Jet bomber that Ankara claimed had violated Turkish airspace.

There are further unconfirmed reports that Russia and the United States have both agreed to the Turkish intervention provided that Turkish troops do not enter the predominantly Alawite zone further to the west along the Mediterranean. It's unclear what role Turkish air forces would play in such an intervention and whether Turkish incursion into Syrian air space would precipitate a Russian tit-for-tat response. It's possible that U.S. and coalition air forces may provide air support to the Turkish ground offensive, a development that would likely draw the U.S. deeper into the Syrian Civil War.

In short, notwithstanding the fact that Islamic State forces in Syria are clearly under pressure and that the territory they control continues to be steadily rolled back, the military situation there remains an exceedingly complex, ever-shifting kaleidoscope of military forces. The Assad government has started to make significant inroads in reclaiming territory controlled by the Free Syrian Army and its affiliated Islamist groups. This is a development that will give it a significant advantage in upcoming peace negotiations. 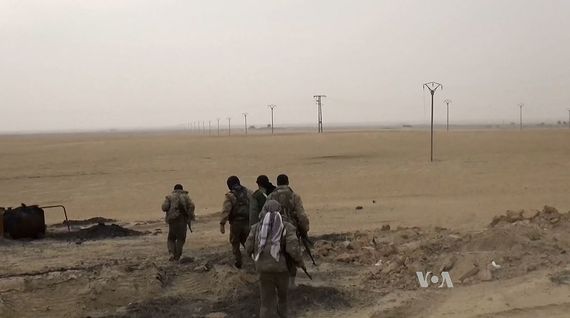 In the meantime, the tenor of U.S. operations in Syria has been ratcheted up with a more focused air campaign, relaxed rules of engagement and the de facto deployment on the ground of U.S. Special Forces. Nonetheless, it is not always clear who are friends and who are enemies, and if past history is a guide, they are often one and the same. A Turkish ground intervention, should it occur, will be another significant blow to the Islamic State but at the cost of adding even more complexity to an already Byzantine situation.