The reason the dispossessed turn to violence is because violence is the only thing power understands. 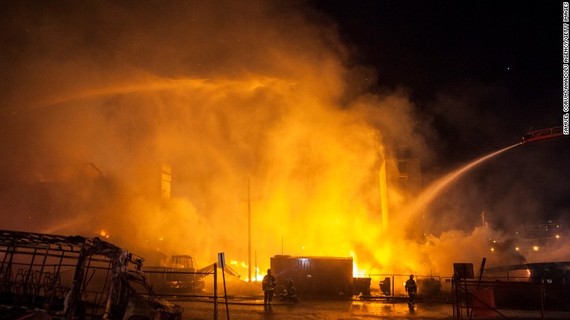 Baltimore is burning, embroiled in riots and protest against the city's horrifically oppressive police. That it took the death of Freddy Gray, a young man whose spine was apparently severed in police custody, to spark the violence is perhaps less important than the fact that the explosion was inevitable.

Whenever protests against institutional injustice occur, there is the possibility for violence. People do not join in actions against the power of the state without some understanding that their safety may be compromised. The possibility of any organized action erupting into violence is always a possibility by virtue of hyper-awareness of safety, the amped-up emotions of protest, and the adrenaline.

The reaction to this violence and the contextualization of the movement in relation to it is a textbook example of the myopia of modern America. The protest movement in Baltimore, and nationally, in reaction to the killing of another young black man by the police is seen in the context of rioting. One reaction to this rioting is the tsk tsking of mainstream liberals, which uses a false dichotomy to say that non-violence is the only acceptable form of resistance to the state. But violence is often the only way for the underclass to make its voice heard. 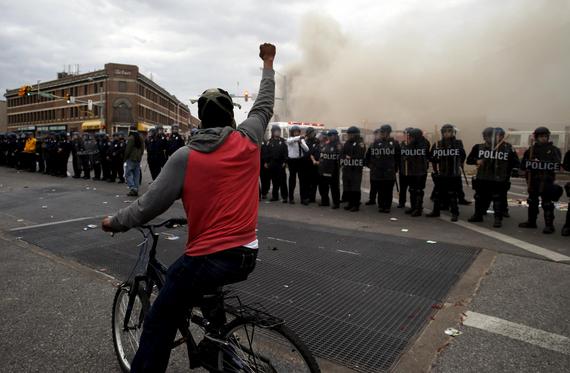 The media and the power brokers who speak for the state present the action on the ground the way they wish it to be seen. If all you see on the television is violence and riots, then that's all you might believe is going on. And this makes it easy to assume the position of moral superiority and condemn the violent actions of a few without taking into consideration the very real tactical advantage violence gives the underclass with which to challenge institutional power.

But even if mainstream America can't understand the inefficacy of non-violent protest in today's repressive environment, the downtrodden on the ground in Baltimore certainly do. It's impossible for a rational person to look at the past few decades and not realize the fact that violence is the only language power understands. 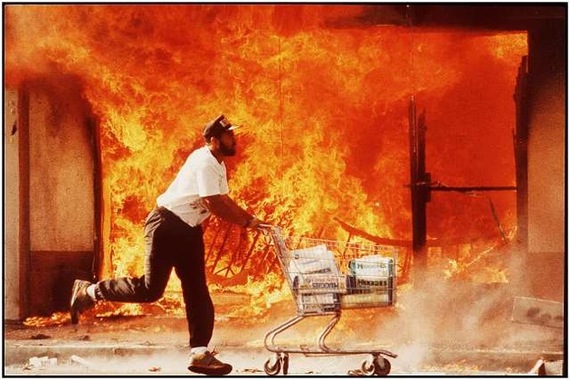 In the United States, the Rodney King riots in Los Angeles ended with the LA power brokers realizing that the system of racial oppression could not be so blatant as to release without consequence the police officers that had been caught on camera beating an innocent man. Before the riots came an acquittal. That it took a violent protest to create the conditions for actual justice to be served is not lost on the national underclass.

· 109 people killed by police in 4 years in Maryland, 69 percent of victims were black

· $5.7 million paid out in restitution for police brutality and civil rights violations in the same time span

· The death of Freddie Gray, 26, in police custody

Without the violent reaction of the protesters to the provocation of the police in Baltimore, there would not be a national conversation on the abuse of power in the city. The fact that these abuses have continued on for so long, unabated, for the city to have paid out over $5 million -- and then still continue -- is indicative of an institution that doesn't care to change.

Martin Luther King, in 1968, said, "a riot is the language of the unheard." He's as right today as he was then. By resorting through desperation to the extreme tactics of violence, the people of Baltimore have spoken to power in the language it understands, and the conversation they have started will not end any time soon. The mainstream liberal movement would do well to catch up.