"Many things are not allowed, but anything is possible." This was the first thing my guide said to me, and turned out to be the theme of my week as I scouted Access Trips' new Cuba culinary tour. Perhaps what both surprised and enchanted me the most during my trip to Cuba was the optimism I saw, which manifested in both scrappiness and innovation - even as it was grounded in the reality of life under communism and a crippling trade embargo.

I was fortunate to be in Cuba during the week that Presidents Obama and Castro met and shook hands at the Summit of the Americas in April. The excitement was palpable as I talked to locals. Would they shake hands? Would embassies be announced? Would the U.S. take Cuba off of its list of State Sponsors of Terrorism? And more broadly there was a hopefulness and longing among Cubans of what would happen "when the Americans come."

Cuba has long been a tourist destination for Europeans and Canadians, and the Cubans are looking forward to welcoming American visitors as well. Much has been written about the dearth of accommodation and restaurant options, and the Cuban private sector is tackling that head-on, creatively expanding what is available while operating under significant restrictions.

In the mid-1990s the Cuban government began to allow private citizens to operate family-run restaurants and rent rooms out of their homes. With the substantial increase in tourism seen over the past six months, it seems that everyone is renovating their homes to offer rooms for rent. Even more exciting is the explosion in both the number and quality of paladares, or privately owned restaurants. Paladares were originally limited to family-run establishments operated out of the home, with restrictions on numbers of guests and the types of food they could serve. Those constraints have eased over the past five years, unleashing culinary creativity and innovation in the private sector that contrasts markedly with the government-run restaurants, including those in major hotels. So when you hear people lament the food in Cuba, you can be pretty certain they did not have a chance to try out some of the incredible paladares. 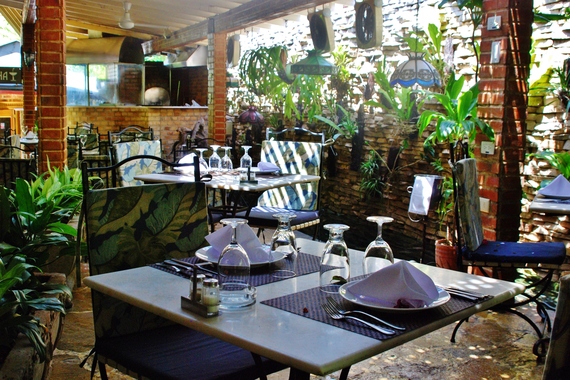 Currently cooking classes being offered to foreign visitors are done through a government cooking school. When I scouted our Cuba culinary tour I visited one of the top paladares to talk to them about offering cooking lessons. While they have not done cooking classes before, they are excited to move into this arena. As they put it, they have the skills and they have the space to make this work. The chef we will work with is a culinary school graduate and worked for five years at the famous La Guarida before landing at his current paladar. They have the skills, they have the space, and with the visit of one inquisitive tour operator from the US, they are willing to dive headfirst into a new opportunity. "...Anything is possible."

"Many things are not allowed...." Now expand that quote to include "Many things are not available..." In the supermarkets, the paltry and somewhat random selection of items will shock foreign visitors. Prices are sky high, and shelves are empty. It is illegal for farmers to slaughter their own cows without permission, so beef is out of the question, and other foods supplies are basic and sporadically available. Dairy products are hard to come by as well - rations for milk are limited to children under 7. You'll see farmers illegally selling cheese on the side of the highways, and they run if they see the police. I once walked into a small store, similar to a 7-11, to purchase a quick snack. Entire shelves were unstocked. There was one shelf that had nothing but can upon can of Pringles knock-offs. The tube-like cans were available in three different sizes, with about five different flavors available in each size. But there were no other snacks to buy in the entire store. As I tell my kids sometimes, you get what you get and you don't get upset. This is daily life in Cuba.

But this lack of availability and predictability doesn't work so well for the paladares, who have innovative menus and an upscale foreign clientele to satisfy. According to Gerry Yemen and Gregory B. Fairchild of the University of Virginia's Darden School of Business, "There is no wholesale sector for restaurateurs to buy supplies cheaply." Without any guarantees that the necessary ingredients will be available or of consistent quality through government agencies, and with stiff penalties for buying goods on the black market, the paladares have had to find creative ways make things work. According to Yemen and Fairchild, some paladares partner with farming cooperatives to purchase their excess inventory, after the government has taken its share. Others maintain their own boats to catch fish. "...Anything is possible." 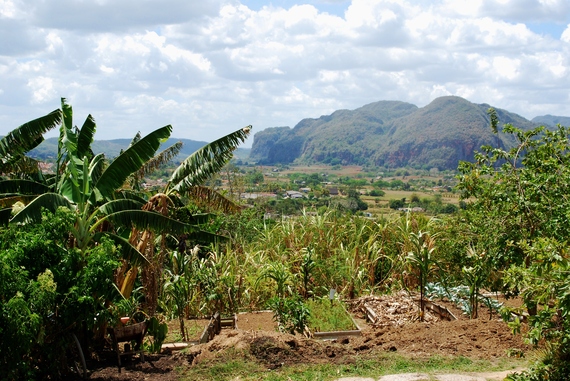 When I was talking to the paladar owner about cooking classes, he introduced me to one of his main suppliers who just happened to be in the restaurant for meetings. This farmer has a Ph.D. in sustainable farming and has started an innovative private farm that supplies organic produce to some of the top paladares. Within 10 minutes we had an agreement for the chef to bring our guests to the farm for a tour. Remember: "...Anything is possible."

People insist that now is the time to go to Cuba "before it changes." I disagree. Now is the time to go to Cuba because change is exciting. The Cuban Food Revolution is well underway through innovative restaurants and farms, and visiting them now will give a few lucky people an insider's view of the past, present and future of this fascinating country. There will be setbacks for sure, such as the days when the paladares simply cannot get the ingredients they need, or a stove breaks and the replacement parts are not available. There will be huge advances, like when the US embargo is finally lifted and food can be imported more easily and economically from the US. The best advances will happen when the revolution trickles down to everyday Cubans having access, both logistically and financially, to sufficient quantities of nutritious and delicious food without relying on food rations. Many things will not change quickly, but other things will - and anything is possible. Come see for yourself.