Q: New York has long been considered the cultural capital of America. Is it still? If not, where?(This was my first submission to Carnegie's Spring For Music blogger competition. With the recent post by Priscilla Frank regarding New York's cultural relevancy, it seemed to be a timely offering for the ongoing conversation.)

New York has indeed long been considered the cultural capital of America, and for good reason. The history of 20C music, art, film, and to a lesser extent, literature, can hardly be imagined without the city's influence and unique supportive role in training and testing artists in virtually every genre. A large and culturally-diverse population, living in close quarters in a congested city, provided excellent breeding grounds for artistic collaboration and exploration. With such a large population, even small niche art forms were able to generate enough of an audience to sustain themselves and their art to some degree.

None of that has changed. New York is still a beehive of frenetic activity, bordering on anarchic mayhem and depravity, depending on the district and the time of day (although these days, as opposed to the early '80s when I first performed there, it's so sanitized it often feels like a never-ending suburban strip mall) and the city is even more culturally diverse than it was 50 years ago. It is also full of incredible artists, who enliven and enrich the lives of its citizens and the many tourists who visit there from around the world with the literally thousands upon thousands of cultural events that take place in the city each year.

The question remains: Is it still the cultural capital of America? That depends on how one defines "cultural capital." If that is defined by the number and quality of cultural events, the number of tickets sold, the number of artists residing there, or other similar criteria, then the answer must be a resounding "yes." If the answer to our question does hinge on the sheer number of performances and events, I would say that's a poor measure to use; the Big Apple should have a higher standard than the Big Mac. But let's not get too uppity about that aspect of New York -- I'm certain that there is a probably higher percentage of people in New York who know who Mahler is than in many other places. The reason for the higher number of arts offerings, however, is mostly just simple math. The fine arts, as a rule, have a small audience base. For example, jazz and classical recording sales are abysmal, residing in the basement (perhaps dungeon is a better word) at 2-4% of total sales. The percentage of those attending fine arts events might be a bit larger than those buying recordings, so let's be generous and say that 8% of the surrounding population might, on any given night, be inclined to attend a fine arts event. In New York, with a current population (including surrounding areas) of over 19 million people, that means there are more than 150,000 people who might, potentially, attend a fine arts event on any given night. Add to that the millions of tourists, and the number probably doubles to over 300,000. That is a huge number of potential audience members for the city's artists and arts venues. And they can all get there without driving or worrying about parking, which is not the case in Los Angeles or Detroit.

If, however, you define it more broadly, as I do, in terms of cultural influence and leadership, I think the answer is a resounding "no," and here's why I think that is the case:

In the 20C, New York set the pace in the arts. The work of Charlie Parker, Thelonius Monk, Woody Allen, Steve Reich, Philip Glass, Stephen Sondheim, Andy Warhol, Robert Rauschenberg, The Ramones, The New York Dolls, The Talking Heads, is inseparable from the city itself, and the list of ground-breaking and era-defining artists emanating (and often not originating) from New York is long and varied. What was "happening" in New York spread quickly throughout the country; trends were set, as expected, by the world's trendsetters, whose work was defined by what they did in the Big Apple.

It was important because the artists in that city were the undisputed leaders in their fields. Artists and venues around the country followed the Big Apple's lead. Artists and audience alike cared about what was happening in New York. Today, however, there is no more ripple effect from New York's arts scene -- the loudly heralded "new works" no longer capture the attention of the arts communities around the country. Sure, there's a token "buzz" about this new work or that one, but it fades as quickly as the marquee lights.

As a repository of great music, dance, and art, New York has no equal. As a cultural capital, it has been replaced by something even more chaotic, anarchic, diverse, open, disgusting, and accessible by more people than any city could ever be: the Internet and its ancillary technologies.

Yes, the Internet. The Internet is now the cultural capital of the world. It is the great leveler that has decentralized the creation, consumption, and criticism of art. No longer can one city or one country dictate or even suggest what direction art will go; it's not up to you, New York, New York. The Internet allows anyone and everyone to partake of the arts as they wish, while also making the creation of art open to all socio-economic classes. It's the place where billions of people can create and disseminate their art for almost no cost, and expose it to billions of potential fans, who can critique and recommend it freely and openly.

Witness the success of two groups that I've written about: the Grand Valley New Music Ensemble and Pomplamoose. [Full disclosure: I performed on all of GVNME's nationally acclaimed recordings, and performed with the ensemble in New York.] Could either of these groups have achieved the success and acclaim they've received prior to the internet? Not a chance. They broke through because they had a great product that was created at low cost and marketed directly online, bypassing the legacy labels and their accompanying business models completely. They also avoided the annoyance of living in one of the most expensive cities in the world on a waiter's salary in order to satisfy the still powerful cultural memes and romantic tripe from 50 years ago about the aspiring artist moving to New York to be tested in the world's artistic crucible. As Sinatra's martini-drenched anthem to New York's importance says: "If I can make it there, I'll make it anywhere." Never before has that been more true, but not in the manner Sinatra intended; today, you can make it anywhere because the center of culture lives in the ether, not in Manhattan.

Conversely, I would ask, what is going on in New York today that would qualify it as the nation's cultural capital? Lincoln Center with its sampler platter offerings from jazz history? The symphony or the opera? Broadway? There's nothing going on in New York that you can't see or hear in any major (and even many minor) centers in America, there's just more of it. This may sound disparaging to New York and its cultural offerings, but my intent is the opposite. I've loved New York since I first performed there in 1980 (at the now defunct Playboy Club), and have enjoyed it immensely over the years during subsequent visits both professional and personal. The city has been a shining exemplar that the rest of the country has emulated, and judging from the remarkably high standards in centers both major and minor in the United States, New York's leadership has been very successful. But it's not the cutting edge anymore. That has been usurped by an entity so large, rich, depraved, and volatile, that no city could ever match its prodigious, snarling prowess; in short, the Internet is now the cultural capital of everywhere. 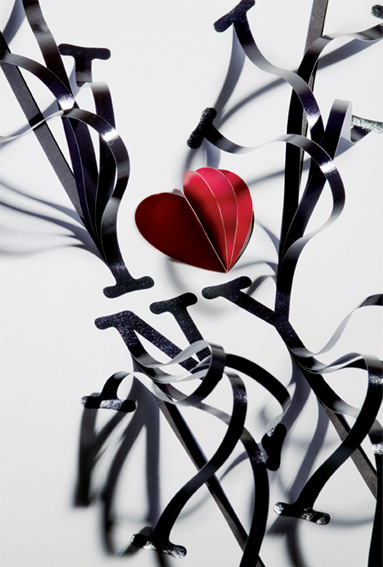