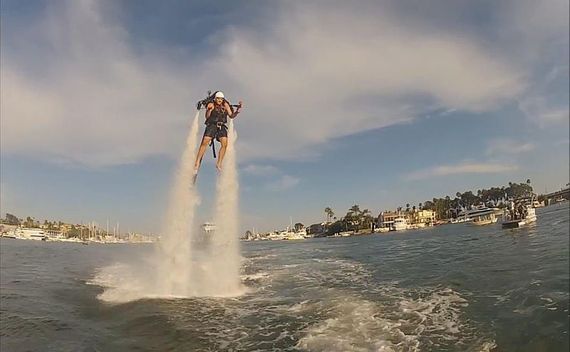 Improving our natural ability with technology is transhumanism -- Photo by Seg9585

Over the last few years, I've received various reactions from the public about my articles on transhumanism. Those reactions have ranged all across the board--from spewing hatred to mocking skepticism to genuine interest. The thing with transhumanism--the core of its message--is whatever it espouses, it's new thinking. Whether it's brain implants, bionic limbs, designer babies, robotic hearts, exoskeleton suits, artificial intelligence, or gene therapies that aim to eliminate biological death, it's decidedly uncharted territory for the human species.

For better or worse, the society we live in treats virtually anything uncharted and socially new as contentious. We are cultured to be afraid and hesitant. In fact, being cultured (and the participation in such culture) is really just the acceptance and practice of standards, ideas, and ideals pre-established by others. Generally, the more a certain culture entrenches itself within its ways, the less chance it has to be new and dynamic. Most cultures--whether religious, national, or social--aim to uphold and solidify their values and idiosyncrasies.

Transhumanism doesn't do that. It's not beholden to anything idiosyncratic. It wants to improve the human body with science and technology--which is to say it wants to help people evolve. That's a strange cultural and philosophical position for a movement. And yet, evolution is exactly what transhumanism aims to usher in--except transhumanists want to do it far more quickly than by glacial-paced natural selection.

Of course, some people will ask: How far will transhumanism go to evolve the species? Will it support merging humans with machines? Will it eliminate biological death forever? Is it atheistic or spiritual? Will it be responsible for changing the human race into something foreign?

I certainly don't know all these answers. But I do know the core of transhumanist culture is it's perfectly okay not to know. We are reasoning and science-minded people, and we are always exploring and questioning. Transhumanists know our species and our universe is in flux. In this way, our truths are always partially veiled--something that can change and something we might never catch up to completely. Transhumanists can get better at describing that truth--and closer at knowing it, too. But it will always be ahead of us, somewhere in the distance.

In the past, historical movements, like communism, environmentalism, or anarcho-primitivism have been steeped in cultures that were very single-minded. Their missions were to push their agendas forward while preserving their culture, values, and ideals. However, with a culture based on knowing it can never have a permanent culture, transhumanism is indeed in a strange conundrum.

Despite this, transhumanism aims to appeal to literally everyone. It aims to be a universal movement, regardless of the fact that many people have voiced issues against it. Luckily, many of those issues are fear or psychologically based, rather than true, rational objections. This is because transhumanism may be the least bigoted philosophy on Earth. Its central goal is to improve every person's life, and it makes no judgment on who those people are. Transhumanists are people of all races, abilities, religions, backgrounds, genders, employments, sexual orientations, educations, and wealth levels. It just, simply, wants to improve people's lives.

Unfortunately, we live in a world where "culture" has indoctrinated us to even go against our own health and well-being, or our children's health and well-being. Religious indoctrination is a key example--teaching us to handle rattlesnakes without fear of being bitten, forcing genital mutilation, and marrying young children off. But there are other forms of culture that also work against us with no religious bent--such as when people refuse vaccines, or when pregnant women wear high heels while gestating, or when people are trying to look hip riding motorcycles without helmets.

Our identity should not only be based on who we are, or where we come from, but also on where we're going and what we can become--especially in the 21st Century when science and technology is starting to change so many things about us. Transhumanists aim to make every person the very strongest, very best person they can be if they want to be. We aim to make it so that suffering, death, lack of ability, and lack of well-being never reach anyone ever again if they choose not to want it.

Transhumanists believe everyone has the possibility to grow greater than they are, and they encourage people to not remain in a culture of fear, deathism, irrationality, and even masochism that is ultimately self-defeating. Everyone on the planet can use improvement. Transhumanists are leading the charge to bring that improvement to the world and themselves.