Inmates in every jail and prison across America retain certain inalienable rights, even while behind bars. One such right is the First Amendment: the right to free speech. Now obviously there are some procedural modifications and limitations that occur within the correctional context, but it is a right nonetheless. It might not be immediately obvious to people, but the most important way many prisoners exercise that right is through their written correspondence. The First Amendment not only allows me, a prisoner, to write articles such as this, but also to safeguard my access to legal tools.

But unfortunately, there are a few bad institutional actors across the correctional landscape when it comes to protecting that right -- a fact with which I've recently become well-acquainted.

Federally, the law is very clear on legal correspondence. In the Federal Bureau of Prisons, outgoing mail can be sealed and mailed via legal mail call every weekday morning. Correctional staff are not permitted to read these outgoing letters. Envelopes for inbound correspondence must include the attorney's name, title, and a notice which reads: "Special Mail: Open only in the presence of the inmate." Unlike personal mail, the only thing officials are allowed to do with legal mail is to open it in the inmate's presence and briefly inspect the contents to ensure that it doesn't contain contraband. They're not allowed to read the actual correspondence. There are pretty rare exceptions to this, and time and time again Supreme Court rulings have upheld this right. Even if the envelope doesn't have the precise wording, if it's obviously of a privileged legal nature, then it should be treated accordingly.

My own experiences over the years have highlighted a number of ways in which institutions try to circumvent the law when it comes to legal mail. And while the Constitution of the United States is on our side on this matter, it doesn't seem to deter officials at FCC Petersburg, and I have to believe that the experiences I've had are not isolated to this facility.

Legal mail in the "hole"
In 2012 and I had just published my first book, Education Behind Bars, (Sunbury Press, 2012). In response to my newfound exposure and status as a prison education expert, officials issued a series of retaliatory incident reports, all of which were eventually expunged on appeal. In the interim of disciplinary appeals, I was confined to the FCI Petersburg Special Housing Unit for five months. This consisted of 23 to 24 hours-a-day lockdowns -- what most people know as "solitary confinement."

During this period I had several issues with my legal mail. On several occasions incoming mail was opened outside my presence. Apparently officials felt that mail coming from the "Law Office of Alan Ellis" didn't necessarily mean it was actually coming from my attorney, Alan Ellis. Then my outgoing mail was held by SIS officials for several days before being returned to me unsent. The reason? Because I hadn't followed the mail protocol of heading to the mailroom at 7:40 a.m. along with the general prison population. Well, there was a pretty good reason for that: I was in solitary confinement. Both cases I'm fairly certain the Supreme Court and Constitutional experts would take issue with.

Out of the hole, things weren't much better. In another instance, FCI Petersburg officials determined that a piece of legal mail from "Todd Bussert, Esquire, Attorney at Law," complete with the appropriate bright red stamps, didn't qualify as legal mail. They objected to the word "Esquire," as though it negated the "Attorney" that came afterwards. They did relent on that one.

The situation got even more absurd with this last incident. I received a letter from two of my attorneys concerning a lawsuit against FCI Petersburg officials. The letter was properly addressed, the senders were clearly identified as attorneys, and the special mail notice was clearly indicated. There was no question that it was legal mail.

The letter was delivered to me in the Unit Team area of my housing unit by a Correctional Counsellor. She sat in front of me, opened the envelope, unfolded the pages, and then began to read it. When I realized what she was doing I objected, "You can't read that. It's legal correspondence."

She jutted out her jaw and asserted, "If I don't read, then how do I know whether it's legal mail?"
Yep. Someone employed by a Federal Corrections Institution is suggesting that the only way they can know whether it's privileged legal correspondence which they have no right to read, is by reading it.

Incompetence or calculating? It matters not.

So why is the protection of "legal mail" so important? Why have federal courts time and time again said that it warrants heightened protection? Simply put, the Constitution guarantees that all inmates 1) have the right to meaningful access to the courts; and 2) that attorney-client communications are privileged. Aside from violating the Constitution, there are practical considerations to allowing prison officials to read legal mail. For example, it may result in a "chilling effect," where prisoners may be reluctant to report abuses within the system for fear of retaliation. And, as in my case, officials may be afforded warning about legal actions being mounted against them, and react accordingly in any number of ways.

It's my hope that informing the public and inmates of their rights when it comes to legal correspondence will push prisons and jails to understand that they can't skirt the Constitution at will. Until then, my attorneys say hello to FCI Petersburg officials, but I'm guessing they probably already know that. 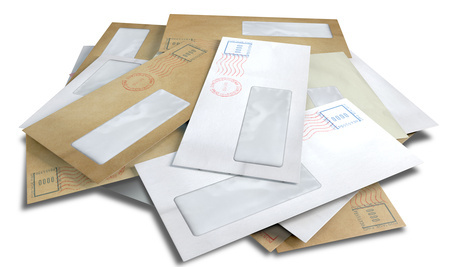