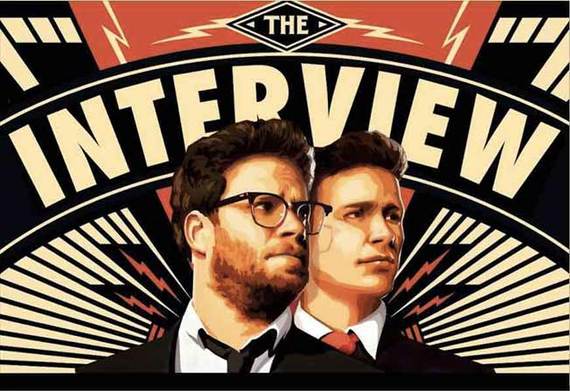 Innovation and all it entails is a source of immense pride for organizations all over the world. Every year, a new cell phone model is released and software companies spend enormous amounts of capital perfecting their products; however, as it relates to interviewing candidates -- which is arguably the most important function that any manager performs -- the process has somehow been suspended in time with little to no innovation. The scene is all too familiar:

This method has repeatedly been proven unreliable in the selection of the BEST candidate for the job, and it is something the business community and hiring managers need to seriously address as it is an all too neglected aspect of business. This post will critique the current interview framework and will provide solutions in an effort to begin an earnest conversation on how to resuscitate the interview.

Lauren A. Rivera, associate professor of management and organizations at Kellogg School of Management, conducted an in-depth study that sought to analyze the methods through which candidates are hired. Her study, "Hiring as Cultural Matching: The Case of Elite Professional Service Firms", noted that despite a surge of research on employers over the past 30 years, our knowledge of hiring remains incomplete. Colleges don't issue degrees in the field of interviewing and selecting talent. And, as Rivera notes, there is very little in the way of literature on the subject. The training that does exist is in the form of anecdotal stories. These stories have more often than not been passed down from bosses who themselves were not trained on how to hire.

The 2015 Deloitte Employment Engagement Survey referenced a Gallop polling firm that noted "only 13 percent of the global workforce is 'highly engaged.' Upwards of half the workforce would not recommend their employer to their peers." If the current system of hiring was the standard of effectiveness, the aforementioned numbers would not be what they are. Using this outdated system of interviewing has led to managers hiring people like them. Introverts hire fellow introverts. Talkative and outgoing managers hire talkative and outgoing people. The unfortunate news is that the data tells us that this approach is not working. According to Rivera, "allowing evaluators the flexibility to define merit in their own image and select candidates who excite them personally could create conflicts between organizational and individual goals. Given that evaluators could potentially work closely with new hires, they might be motivated to hire the most enjoyable over the most competent candidates; that is, they may hire for themselves rather than for the organization."

Before I get into my suggestion on the new approach, let me state that the current format of interviewing is fine for an introduction. Spending 30 to 60 minutes discussing strengths and weaknesses is perfectly suitable in today's business world -- as long as it is only used as a "get to know you" interview. A meet and greet.

After the meet and greet...

This aspect of the interview would be centered on a half-day of simulating real work activity -- the kind of day-to-day tasks the candidate would need to excel at to be successful in his new role. Through such a simulation, the hiring manager would be able to evaluate the candidate's decision making abilities. Moreover, the hiring manager would be able to evaluate how the candidate operates in the company's work environment. A work simulation -- especially a half-day -- could easily be created with the help of HR. And, it could make a world of difference when evaluating candidates and their abilities to perform at a high level.

After the interview, inform the candidate whether or not they got the job and why. This is often THE most critical part of the process. In a world that is more connected than ever and where candidates can share their opinions of your company in real-time, implementing a personable way of giving feedback is essential. The person delivering the news should not be a nameless face in HR -- it should come from the person with whom the candidate built a rapport. It should come from the hiring manager. Sure, the comments can, and should, be approved by HR, but the key is to give feedback on what went right and what went wrong. This is so important because in the eyes of many hiring managers, the interview is often seen as a parasitic relationship -- the interviewee is at the behest of the interviewer. But in today's market, the opposite is true. In the model I outlined above, the hiring manager asks candidates for a half or full day time commitment; this deserves the respect of appropriate feedback which could go on to help the candidate later in his career. It's a small world, and you never know when or where paths will cross again down the road.

The way in which talent is evaluated during the interview process is perhaps the most important function any company can manage outside of their core competency. Of course there are many other factors to consider such as industry practicality, assessment tests, reference checks and the talent acquisition function. But ultimately, this topic deserves attention, study and serious execution from senior management and the C-Suite.

In the way that technology changes and evolves, so should our ideas and practices on how talent is interviewed and hired. Using the same fossilized approach is no longer reasonable, especially when survey data tells us that employee engagement is down across the spectrum. Deciphering this code will go a long way in increasing company effectiveness -- which will ultimately show results on the bottom line.

Passionate about career management and helping others achieve their goals.