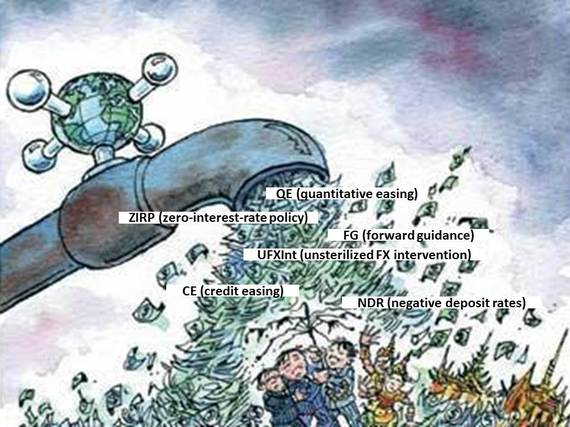 The Internet is the global system of interconnected mainframe, personal, and wireless "computer" networks that use the Internet protocol suite (TCP/IP) to link billions of devices worldwide (from Wikipedia). It is also known, more technically, as the meta‐platform or 3D system for the whole information process. It has made information transaction much cheaper (almost free), faster, and easier for almost all kinds of information. Here, the "computer" is a basic operating system for processing information. Without it, there is no Internet at all.

Many companies have developed various kinds of platforms, systems, and networks in the supply chain process over the Modern information Age. However, almost all of them have developed those platforms, systems, and networks, simply by networking already existing supply chain functions. Nobody has tried to develop something like a "computer", that is, a basic operating system for processing physical goods movement, in the supply chain process.

As you may know, because customers are widely dispersed, it is very difficult, expensive and time consuming for individual suppliers to construct their own marketing and supply chain networks to supply all potential customers in the market. Worse, those networks had to be individually constructed by networking existing supply chain functions. What happened in the market then?

In this situation, each individual supply chain function such as supplier, distributor, wholesaler, and retailer unavoidably had to maximize the efficiency of its own function and participate in a whole supply chain network with high efficiency. As a result, an intensified "efficiency‐oriented" competition‐driven relationship among existing supply chain functions has been firmly established in the market.

Due to the superior position of big supply chain functions (companies) such as Wal‐Mart and Amazon in efficiency and capability, the businesses of small‐ and medium‐size supply chain functions (SMEs) have weakened and eventually failed, and accordingly many jobs in those supply chain functions have disappeared. Actually, jobs have been killed on a large scale in almost all industries of the economy over recent decades. Job creation in the market as a whole has also suffered as demand fell. This was a hidden but critical flaw that I have discovered in the existing supply chain process.

There have been many factors that changed the economic environment and affected the level of consumer spending in the Modern Information Age. Among them, two major factors for jobs have come to pass in the supply side of the market: (1) Increased IT efficiency in robotics, various software applications, and electronic transaction systems and (2) Increased offshoring and outsourcing to lower labor cost countries. These changes have killed a lot of jobs onshore in the U.S., and our economic experts have already recognized this. However, unfortunately, they have not seriously considered the increasingly unfair conditions for competition between big companies and SMEs in the supply chain process.

More seriously, it seems that a vicious cycle for jobs has already emerged between the supply side and the existing supply chain process.

As a result, those negative employment conditions eventually led to the weakening of the self‐ generation and recovery capability of the market, and this has operated as a force to lower the level of consumer spending over time. This has become a persistent cause of recurring recession.

In this situation, it seems that our governments had no other choice than to adopt various excessive expansionary economic policies, stimulative economic plans, and even many unconventional monetary policies including QE (quantitative easing) and CE (credit easing) to avoid economic malaise. That is, they expected to use them as a force to keep the level of consumer spending high. But, unfortunately, they were effective only temporarily and even produced various abnormalities as side effects in the market. These contained a huge risk to the level of consumer spending and of forcing the economy into sudden recession. It seems the economy fell into a liquidity trap.

Why did this happen? Why did the economy have to fall into a liquidity trap?

Isn't there any way to heal the supply chain arteriosclerosis and escape the current liquidity trap?

I believe this is the only powerful way out of the current worldwide economic recession. Or we could just lumber on toward the cliffs of oligopoly and eventual monopoly, oblivious to the pernicious decay of supply chain infrastructure.