The CW is giving Green Arrow a new look for their new TV pilot, "Arrow."

Based on the DC Comics character Green Arrow, "Arrow" stars Stephen Amell as Oliver Queen, a billionaire playboy who now fights crime as a vigilante. The character returns from a deserted island with a new set of skills and sets his sights on the criminal underworld.

"When I directed the pilot for 'Smallville,' I knew that making Clark Kent relatable would be the key to audiences believing in him as a hero," "Arrow" director and executive producer David Nutter said in a statement. "'Arrow' is a different show -- darker and harder-edged -- but it's the same core idea. We're creating a real, believable world in which Oliver Queen can do incredible things. Colleen Atwood's great work on the Arrow costume reflects that effort."

Check out the full image below. 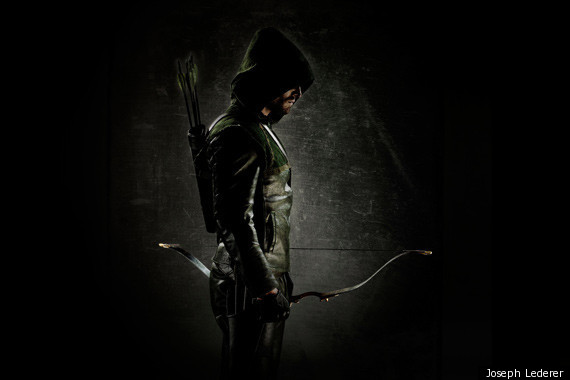