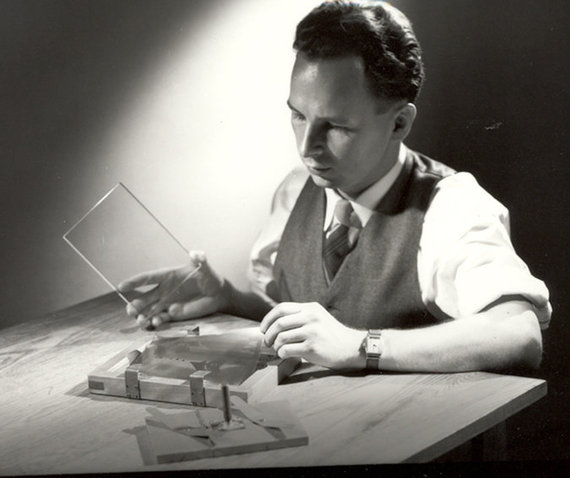 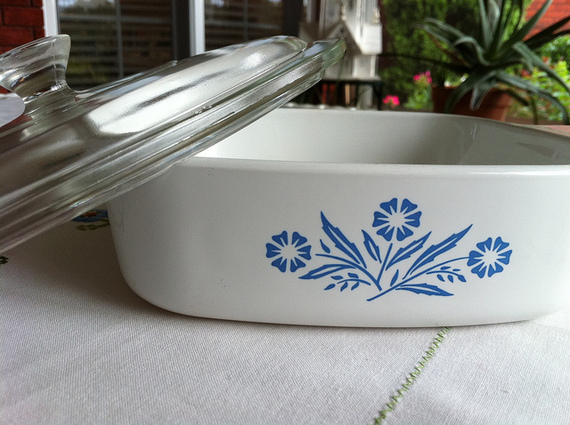 S. Donald Stookey died this month at the age of 99. He will be remembered for his invention of a new category of materials called synthetic glass ceramics. Stookey will also be remembered as an exemplar of the everyday hard work and collaboration from which great innovations come.

While working as a researcher at Corning Glass Works in 1953 Stookey was experimenting with photosensitive glass by heating it to very high temperatures. Intending to cook it at 600 degrees he accidentally raised the temperature to 900 degrees because of a faulty thermometer. Thinking his sample destroyed he grabbed the glass with a pair of tongs. He dropped it. It bounced. And when it bounced the glass made a sound, Stookey recalled, "like steel hitting the floor."

This was in the era of Cold War tension, and Corning's predictable first impulse was to adapt Stookey's new material for the nose cones of missiles. But very quickly Stookey and Corning were imagining other applications and other markets for the material they began calling Pyroceram. The way they did it offers lessons for innovators in any kind of organization.

Stookey was a brilliant chemist and Corning had the good sense to make him research director for 47 years until his retirement. Stookey was fortunate to be working in an organization that consciously follows what it calls a "recipe" for innovation, the major ingredients of which are customer understanding, quick project starts, rapid prototyping and knowledge sharing. The manner in which Stookey's accidental innovation was exploited by Corning is an excellent illustration of how to commercialize a new idea.

Like so many stories of invention Stookey's started by chance. One doesn't plan lucky accidents, of course. But, to quote Louis Pasteur, "chance favors the prepared mind." Stookey could have begun again with a new batch of glass. But he didn't do that. In his mistake he saw possibilities. And Corning saw commercial value.

Corning introduced Stookey's creation to customers who'd never imagined wanting such a thing as kitchenware usable at any temperature. With some basic supporting data it made the case for something that had yet to exist, and did it in a way that made its value easy and even delightful to understand. These efforts are wonderful illustrations of how an innovator can take a material or an idea, like early incarnations of Pyroceram, and build everyday solutions with wide appeal.

Even while it was making nose cones out of Pyroceram, for example, the company was hosting cooking demonstrations for focus groups of fifties housewives. A crowd-pleasing part of the demonstration was to fry a pork chop in a pan made of Pyroceram and then place this glass pan in a hot oven to prove it wouldn't crack. Then the demonstrator would place an ice cube in it to show that even at extremes of hot and cold the glass kept its integrity. The case was made so persuasively that it led to an iconic American product: CorningWare.

The genius of these demonstrations was that they illustrated another characteristic of innovators. They engaged new customers early and let them interact with the new thing. Ultimately this philosophy would take the product to new places by letting customers become co-creators.

Commercialization of Stookey's innovation was supported by knowledge sharing and collaboration across the organization of Corning. Almost 60 years later the legacy is a range of exotic ceramics that have nothing to do with pork chops, from microwave ovens (which admittedly may have something to do with pork chops) to the humble but essential stirrers uses in chemistry labs and the ubiquitous "gorilla glass" used in liquid-crystal displays like smart-phone screens.

Stookey's invention of Pyroceram is a great story, and holds lessons beyond hoping for lucky accidents:

• Remember that new ideas come from everywhere. No experience is wasted.

• Engage the customer--and supporters inside the organization--to collect tangible market evidence and feedback for an idea in its early stages of gestation.

• Make the customer your partner in shaping a new idea into a practical--and desirable--solution.

• Share what you know beyond your own functional boundary. Engage people with different expertise in shaping an idea.

• Work in an organization with a deliberate culture of innovation that cherishes the birth of new ideas.

S. Donald Stookey continues to contribute to a culture of innovation at Corning even in death. Every year the company presents the Stookey Award for excellence in exploratory research.

Other featured articles by The Daily Innovator(sm):

The Daily Innovator(sm): Do Customers Want Your Big Idea?
The Daily Innovator is led by behavioral insights to a vision beyond what the market says it needs to what it values. Acting on this distinction is what establishes differentiation and stokes demand. Here are the essentials to making that distinction.

How Big Is Something That Doesn't Exist?
The Daily Innovator will always be competing for resources against core-business interests. A sales manager, for example, can argue from experience that, if she gets budget for one more body at an average productivity that investment will generate a given amount of sales. How does the Daily Innovator compete with that?

The Daily Innovator(sm): Ready for Your Next Act?
Anyone can contribute to an innovation culture. Sustained innovation is always a collaborative effort, one that can be designed into the operating behaviors of an organization, a department, a work day. Here are some concrete ways of doing it.