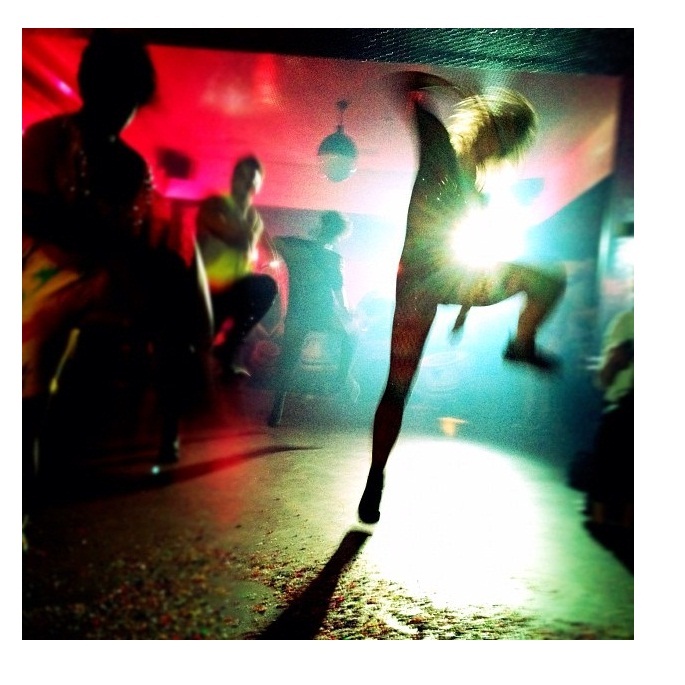 I've gone to The Dance Cartel's OnTheFloor four times and still have no idea what to call it.

That's not a complaint, mind you. Part dance, part video installation, part DJ set and part concert, describing the evening as a "performance" or a "show" doesn't do it justice, because OnTheFloor is more than that. It's a crazy, communal, underground, energetic, messy, drunken, carnivalesque, silly, social, artistic, glittery, participatory, emotional, vibrant, bass pumping, choreographic EVENT. (If you come up with something better, I'm all ears.)

Created by Ani Taj Neimann with her company, The Dance Cartel, and co-directed by Sam Pinkleton, OnTheFloor is unlike any other evening I've experienced.

It takes place at the club-like Liberty Hall in the basement of the Ace Hotel in New York City. Doors open early so you can mingle and get a drink at the bar. Before you have a chance to get too comfortable, dancers burst through the doors and the evening comes to an explosive start. For two hours, loud, colorful and glittered performers lead the crowd into different configurations around Liberty Hall to set up new spaces for the evening's various acts. 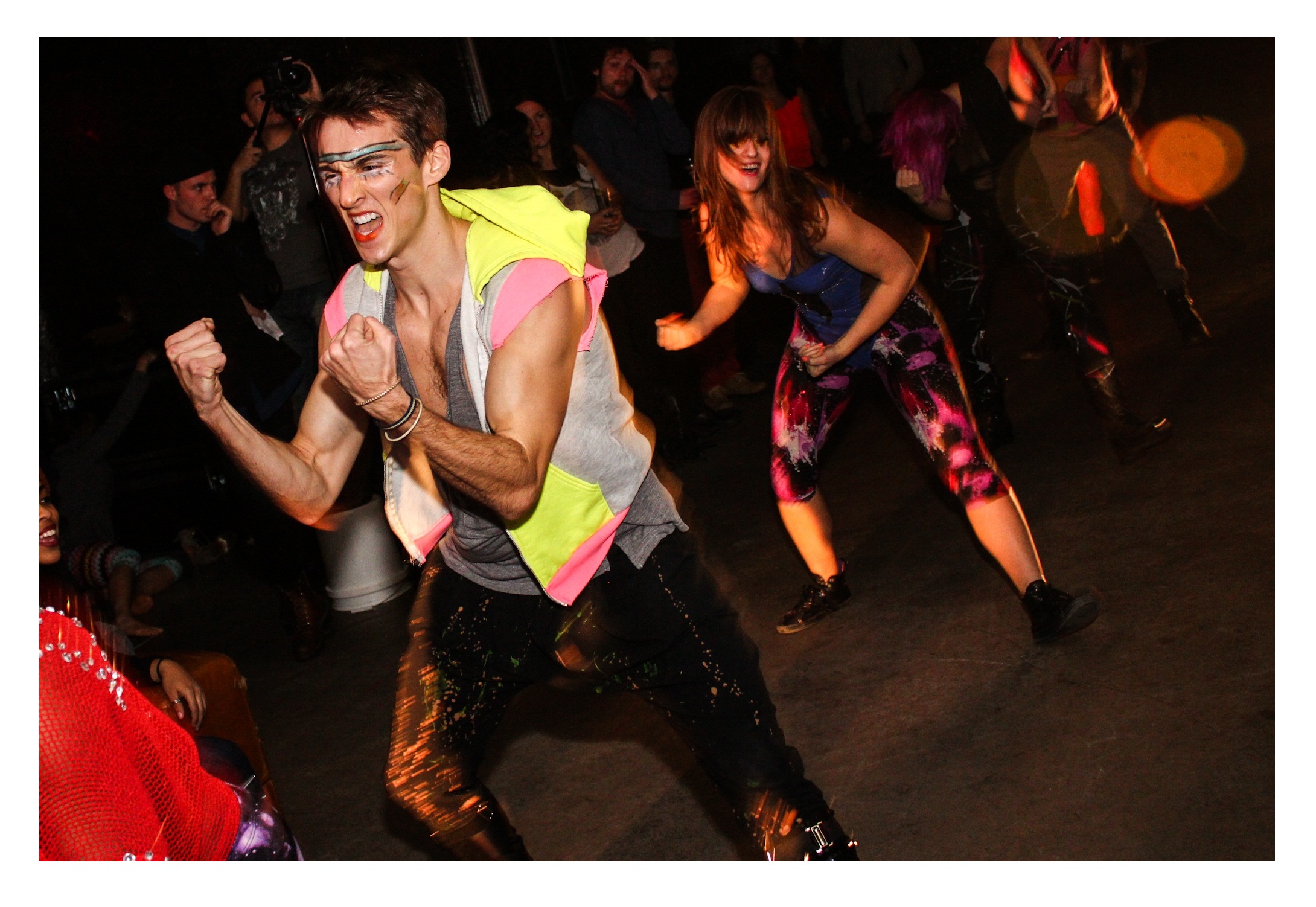 There's a lot of dancing, choreographed by Neimann, some of it simple, some of it virtuosic, but all of it energetic and powerful. A live DJ keeps house and hip hop beats going while video art is projected onto the wall. Every moment feels celebratory, and the roots of the night can be found in the videos of Carnival in Salvador da Bahia, Brazil, that are projected onto the walls and were shot by Neimann during her trips to do research there.

"In Brazil, dance and music are everywhere," she later told me. Neimann says:

It's in the street all the time, especially in the months before Carnival. You go outside your house and you hear samba and reggae groups coming up the hill, and everybody knows how to move without training, without having a heightened vocabulary in the form. Everyone just dances, no matter who they are. I wanted to find a way to carry that energy back home. 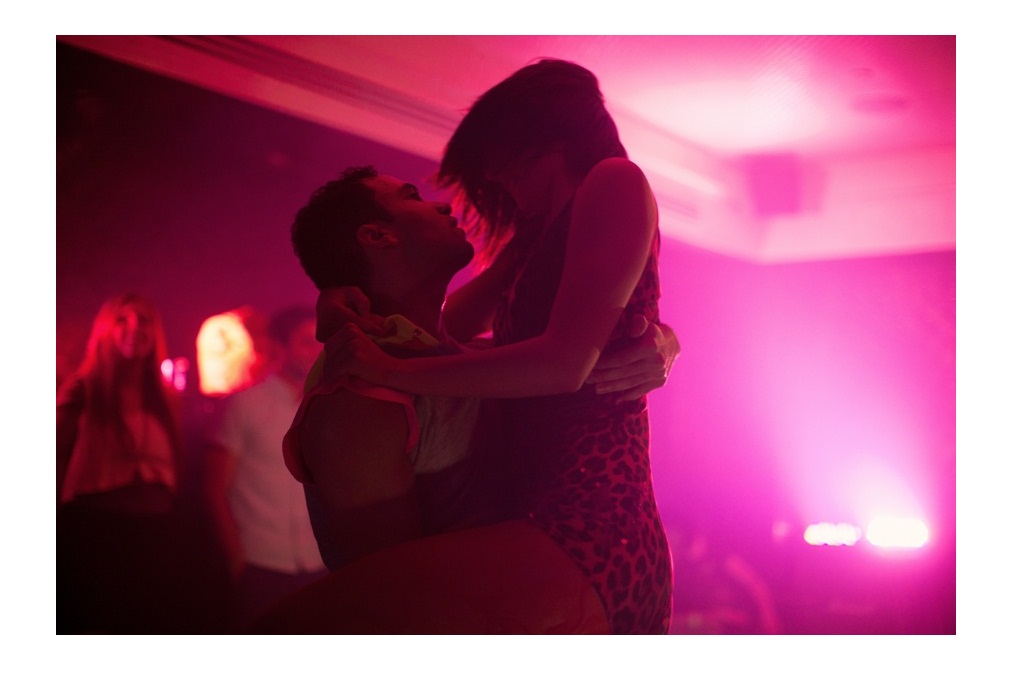 That energy is palpable in the room and under different circumstances could feel completely out of control, but the pace of the event is masterfully orchestrated by co-director Sam Pinkleton. Just when you feel like you can't take any more of the relentless energy that threatens to take over the Ace Hotel, an acoustic singer suddenly appears on the floor to allow the audience/participants to take a collective breath.

And what a singer. The performers are always changing, but on the last two evenings I attended, an unamplified voice cut through the noise of the crowd and took over the entire room. This was Grace McLean. She sauntered to the front of the room for an acoustic set that captivated the audience into clapping and singing in call and response. She was electrifying. I'm also pretty sure that I have now on two separate occasions after the show drunkenly asked her to sing at my wedding. 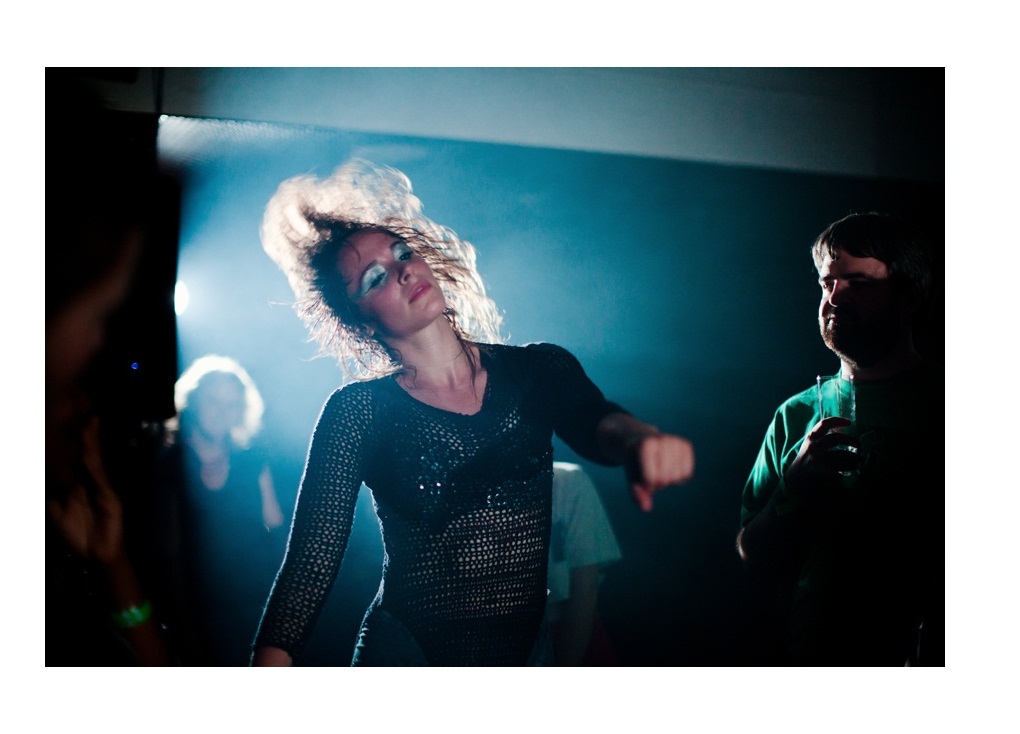 So there's a lot going on, and if there's any complaint of OnTheFloor it's that there's almost too much. But the evening works as a cohesive whole because of its overriding sense of community. With the audience constantly moving around to change the playing space, the dance floor becomes a living, breathing thing that constantly adapts to what will be performed. Huddled together around the dancers, constantly shifting to give them room, helping your neighbor see what's going on, you aren't a passive observer. You're an active participant in an evening, a living member of a community that will be shared for one night only.

And that community doesn't end when the performers are done. After the show finishes, you're invited to dance with the Cartel on the dance floor while the DJ keeps playing. Performers and audience mingle together, sharing the floor in a bacchanalian celebration that continues long into the night. This is live performance at its best, a celebration of what theatre can and should be. And you should go.

To experience it for yourself, OnTheFloor will be at the Ace Hotel's Liberty Hall this Saturday, April 6 with DJ D'Hana as a guest artist. Doors open at 8:30pm and the show starts at 9. Future shows are on May 4 and June 1. Tickets are available here.

I still don't know what to call OnTheFloor. When I asked Neimann, she answered, "We want to think of ourselves almost like a band. With dancers. And singers. And video. And a DJ. But that make up a band. And you just want a band to liven up your party, right? We're the same, only completely different because we have glitter on our faces."