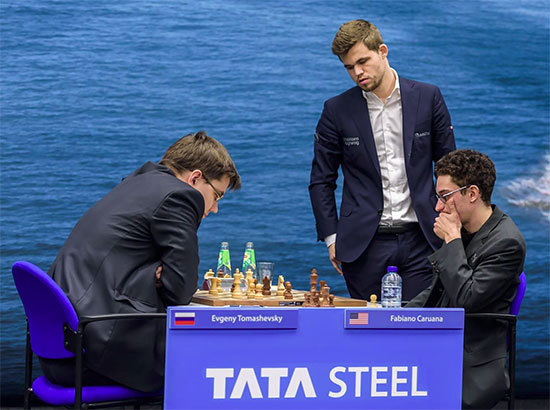 Watching his rival Fabiano Caruana losing in the last round of the Tata Steel Chess tournament, the world chess champion Magnus Carlsen had to wait a few moments before he could celebrate yet another first place.

What does Carlsen have in common with sport superstars Lionel Messi, Jaromir Jagr or Stephen Curry? They all seem unstoppable. Everybody knows they are going to score, but not many are able to prevent it.

Carlsen went undefeated in the first major tournament of the year that ended in Wijk aan Zee at the end of January. It was his fifth victory in the traditional Dutch tournament, a record he now shares with the former world champion Vishy Anand.

The tournament started in the 1930s and 78 tournaments have been played since under different names and in different locations. In 1967 we played the last time in Beverwijk, in a movie theater, and the winner was Boris Spassky. Next year the event moved a few kilometers towards the sea to Wijk aan Zee. Lately, some rounds were played in the Rijksmuseum and the NEMO Science Center in Amsterdam, in the International Press Center in the Hague and in a railway museum in Utrecht. 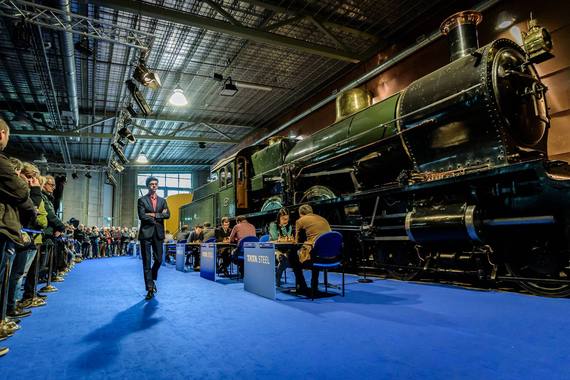 The Tata Steel tournament must be one of Carlsen's favorite events. Here he played his signature game against Sipke Ernst in 2004 that earned him the moniker "Mozart of Chess" by The Washington Post. The Norwegian grandmaster now won the last three times he played there. This year, he combined patience, grit, gamble, endurance, high technique, creative attacks and calm defenses to score five wins.

His last win against the world's top-rated woman Hou Yifan came in a pawn endgame that the Chinese GM should have drawn, but it was not as easy as one may have thought. She would have to find a precise defense during the battle of the squares. 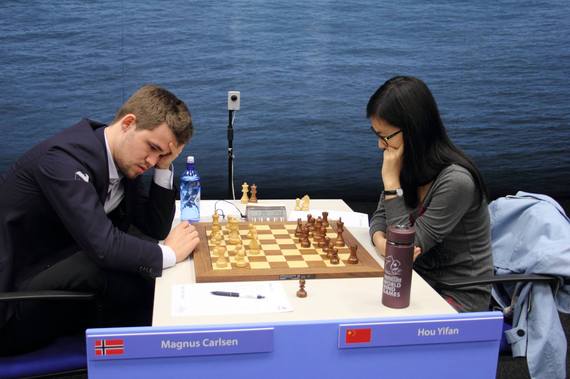 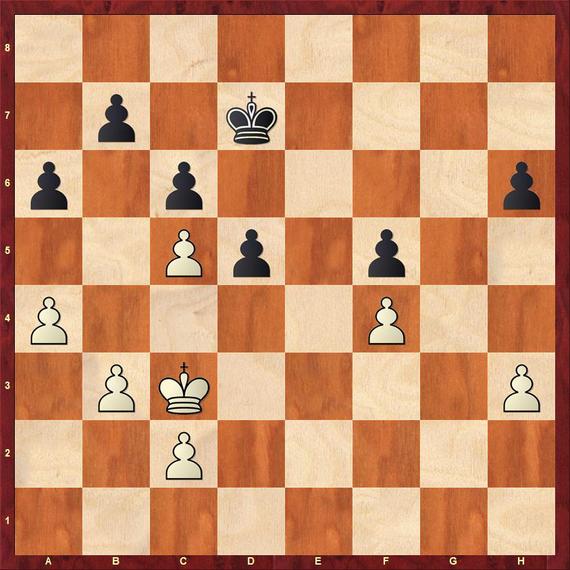 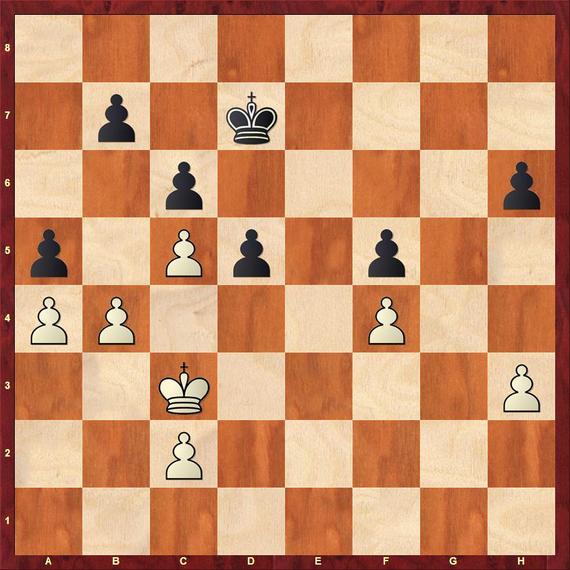 The analysis of the game Carlsen-Hou Yifan brought us to the wonderful world of zugzwangs, stalemates and critical, correspondence or conjured squares in the pawn endgames. The 1932 book L'Opposition et les Cases conjuguées sont réconciliées (Opposition and Sister squares are reconciled) by the dadaist Marcel Duchamp and chess composer Vitaly Halberstadt, dealing with a mysterious connection between empty squares, came to mind. Basically, it is a king dance: the white king steps on one square and it triggers only one correct response of the black king. The book is not very practical, but it is nice to look at. 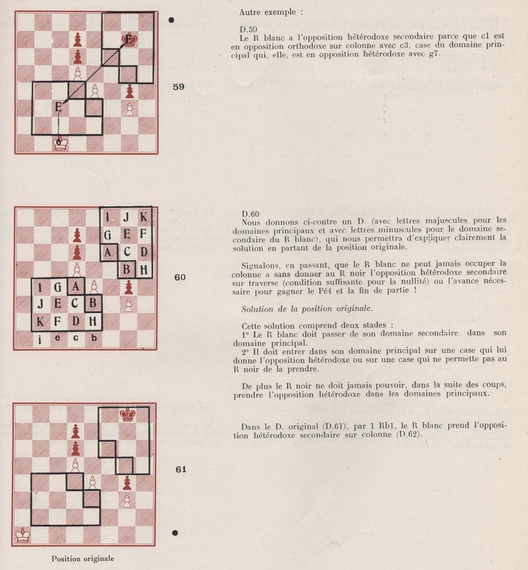 For the French writer Pierre Cabanne the problems presented in the book are rare, almost utopian. "It is an artist's book for chessplayers and a chess book for the artists," wrote the Austrian writer Ernst Strouhal, who published several books on Duchamp and chess.

In 1958, the Czech IM Emil Richter tried to make the idea more useful and came up with the more general Theory of Resistance Equilibrium. Perhaps an awkward name, but here is what he meant in short: "In a position in which one side makes a good move, the other side has to find only one correct answer - otherwise the balance is broken." It is mostly prevalent in the pawn endgames, as in Carlsen's game or Duchamp's work, but Richter intended to extend it to other pieces. He never got to do it, finished only the one volume about the pawn endgames and his theory was forgotten.

Richter was a strong player in the 1940s, chess composer and good teacher. His best student was GM Vlastimil Jansa, who in turn became a coach of the Czech champion David Navara. Another example how chess knowledge is passed from generation to generation. 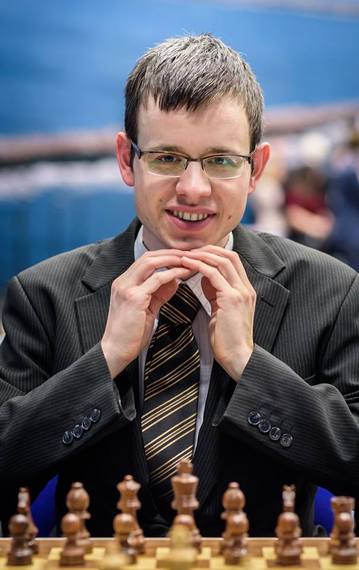 Navara won the Fair Play Prize in the Master group awarded in memory of the late Vugar Gashimov. He could have also won the prize for the most entertaining play, if there was any. Winning or losing, he fought bravely in every game, often being lured by chess artistry. "Too much talent," Bobby Fischer once told me about grandmasters playing this way. Navara's best game was against Caruana. Here is the final part: 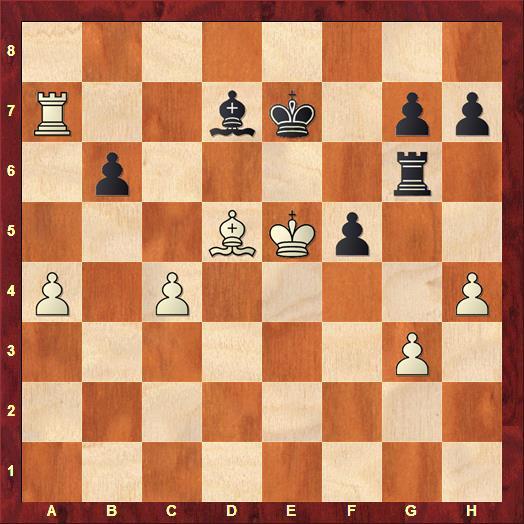 It was a setback for Caruana, but he was still able to chase Carlsen until he lost to Evgeny Tomashevsky in the last round. The American GM shared the second place with the Chinese GM Ding Liren.

Next month, Caruana and Hikaru Nakamura will represent the United States in the Candidates tournament in Moscow for the right to challenge Carlsen for the world title.